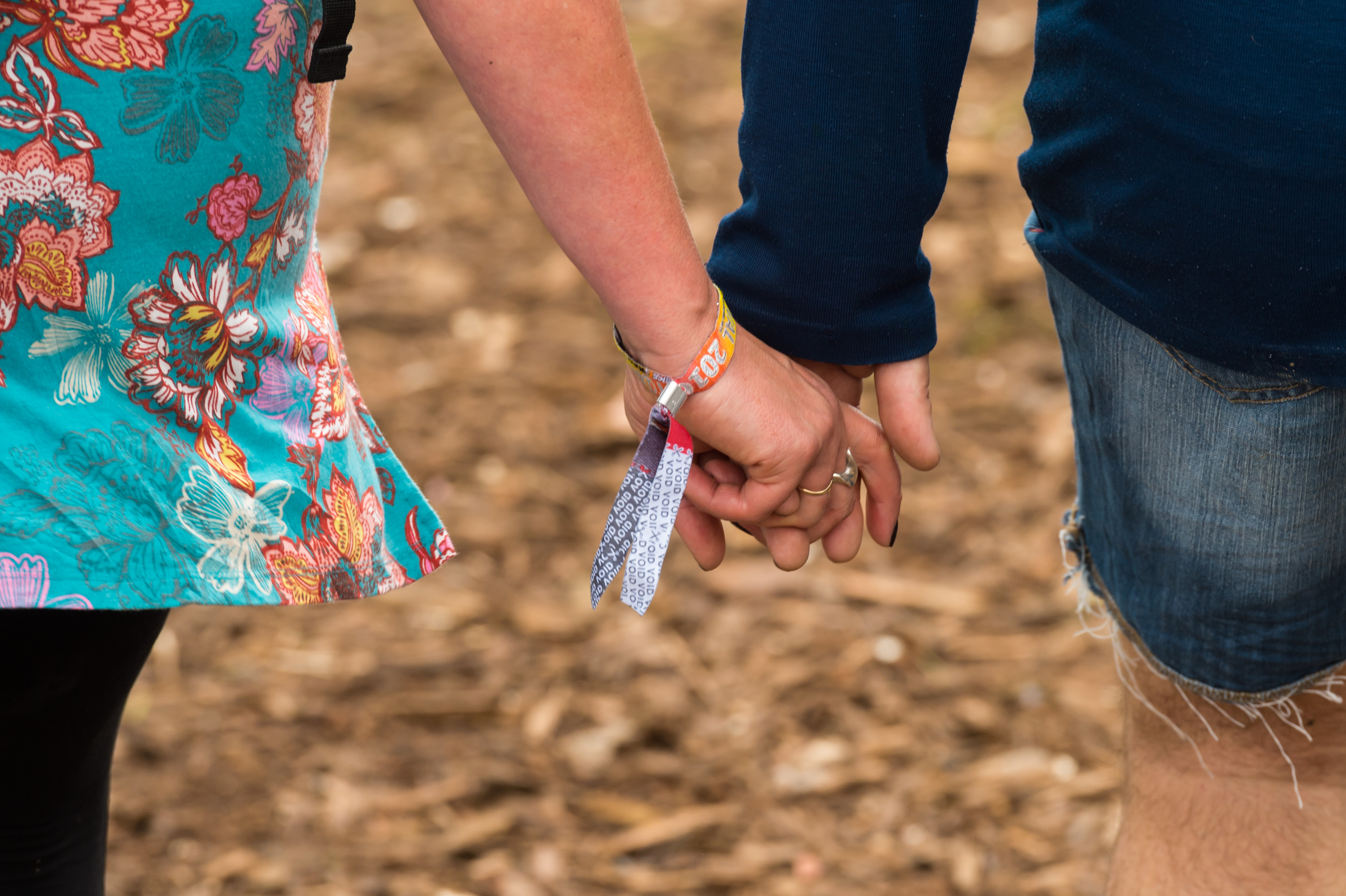 Here at The Comeback, a recurring feature called “The Millennial Review” has had young people reviewing movies like Top Gun and Point Break, classics that were released so long ago that it was before the millennials’ time. In the spirit of equal time, I, an old, will spend part of the summer reviewing movies (and other things) geared toward the millennial. This week, we deviate from movies to look at millennials’ sexual habits.

In last week’s review of baseball movie Pitch Perfect, I promised to hit the sequel Pitch Perfect 2 this week, so we could all learn together if Anna Kendrick throws the perfect pitch. Alas, when I sat down to watch and write Wednesday, my On Demand function wasn’t working and neither was my internet. Optimum offered such helpful fixes as “unplug it and plug it back in” and “check the cables” and, of course, that did not help. My wireless isn’t strong enough to stream a movie, so we must put Pitch Perfect 2: Slider On The Corner on the backburner for one week. 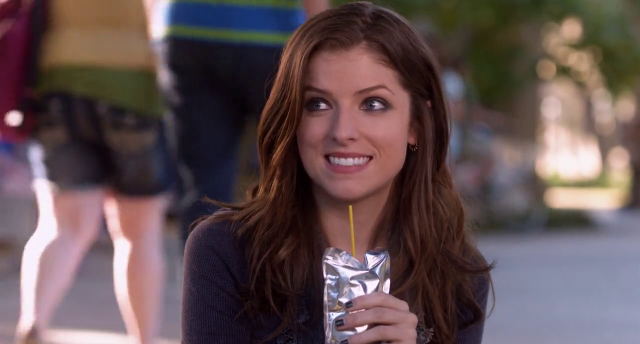 Instead, we will focus on a new millennial phenomenon revealed to the world this week by the Washington Post: Millennials are choosing to not have sex.

The whole point of this millennial endeavor is to learn about this generation. This is the ideal opportunity to educate ourselves about why this demographic isn’t interested in sex.

Let’s examine the reasoning behind not having sex from every person in this story, with each millennial’s story in italics.

“To me, there’s more intimacy with having someone there next to you that you can rely on without having to have sex. I don’t want to do anything that would harm the relationship and be something that we can’t come back from. … (I find) intellectual conversation more stimulating and more pleasurable than having sex sometimes.”

Sam is the only person in this story that makes any sense. She’s not a virgin but is at a point where she’s fed up with how sex complicates things. That’s relatable.

What gets me is the last sentence in her quote. A conversation can be more pleasurable than sex? Sam, my friend, it sounds like you have had a lot of bad sex in your life. That’s fine. There’s no shame there. Maybe you’ve been with terrible lovers. But I can assure you that when it’s done right or even averagely, you’d rather be doing that than having a conversation, even if it’s with Stephen Hawking about the existence of wormholes. No one has ever been in the midst of above-average sex and thought, “I’d love to be discussing Michel Foucault’s theories about knowledge and power with someone else.”

Are there things any of us would rather be doing than having sex at times? You bet. But having an extended conversation with another human being is never that thing.

He likes to sit in front of several screens simultaneously: a work project, a YouTube clip, a video game. To shut it all down for a date or even a one-night stand seems like a waste. “For an average date, you’re going to spend at least two hours, and in that two hours I won’t be doing something I enjoy.”

It’s not that he doesn’t like women. “I enjoy their companionship, but it’s not a significant part of life,” said Patterson, a web designer in Bellingham, Wash.

It’s very possible Noah and I are the same person at the age of 18, only he’s managed to rationalize his situation as something he’s not doing because it’s not something he can monetize. At no point in 1995 on a lonely Saturday night in my college dorm was I playing GoldenEye or Super Tecmo Bowl in between looking through Playboy and saying, “I can’t put sex on my resume and that’s why I’m not doing it. Anyway, where’s my roommate’s lotion?”

Then again, if he’s just creating excuses for not having sex when he really wants it, that’s fine. What’s scary is the possible truth — he’d really rather spend two hours staring at YouTube or playing Call of Duty instead of going on a date with a woman that could lead to sex. I love Family Feud outtakes with Steve Harvey as much as the next sexless person but let’s be real here, Noah. Social interaction is bad but it’s not that bad.

If that was the end of it, you could let Noah off the hook. Alas, he kept talking.

“Third-wave feminists seem to be crazy, saying that all men are participating in this rape culture.”

Blaming feminists for shining a light on rape culture as an excuse for not having sex is pretty insane. Noah needs to log off occasionally.

Isn’t he curious about actual sex? “Not really,” he said. “I’ve seen so much of it. . . . There isn’t really anything magical about it, right?”

In a way, Noah is correct. There is nothing magical about sex. That is, unless you have sex with me, because I do card tricks during foreplay and at the moment of climax, I like to pull an endless stream of decorative scarfs out of my … well, I won’t spoil it.

Noah, get off the Internet for a week. Go on a date. See what happens. You’ll thank me later.

“I don’t involve myself in the scene of frat parties and hookup culture . . . but it seems like every other option is so time-consuming and very hard to seek out,” said Wolff, who has never had sex. “It’s not like I’m saving myself for anything; it’s more like I’ve been busy.”

There is nothing wrong with not wanting to attend frat parties. As a matter of fact, if you are a girl at college, just don’t do it. And if you don’t want to participate in one-night stands as a rule, hey, good for you. There’s a lot of noble ideas there and you should not feel embarrassed by any of it.

But every other option is time-consuming? Alexandra, you are 19. You could be a double major with a part-time job and you are currently living the least-busy time of your life. And what is with Alexandra’s and Noah’s notions of a date being time-consuming? You’re getting drinks or having coffee or having a meal together; you’re not applying for a driver’s license at your local DMV. No one is saying dating is a stress-free delight every time, but at the very worst, you can have mozzarella sticks during the date. Give it a whirl.

At Tulane University, in New Orleans, Wolff’s high school classmate, Claudia W., 19,  feels like an odd duck in a sea of Tinder users. She wants what she calls an “old-fashioned” relationship, leading to marriage and kids. But fellow students are into “very casual one-night stands, going to bars and going home with someone,” she said.

Claudia, who did not want her last name used because “I don’t want all my professors reading about how I’m a virgin,” said her parents worry.

First of all, if she wanted to be anonymous, I really hope “Claudia W” isn’t her real name, because I’m pretty sure at a school with an enrollment of 13,000, it wouldn’t be hard to connect the dots. If her name is Beth Jones, then great. But if her name is Claudia Williams or Claudia Washington, not cool, WaPo.

As for C-Dog’s sexual misgivings, why does she give a shit if her professors think she is a virgin? Not wanting to have casual sex with strangers? Great. Looking to meet someone and take it slow? Awesome. Really into the idea of marriage and raising kids? Tremendous. Worrying that professor Ackerman in Sociology 101 is going to know you’re a virgin? I don’t get it.

I find every millennial’s concerns about Tinder hookups and one-night stands understandable, but the stuff about treating dating like a torture device at Gitmo (which, to be fair, it can be) or caring what a teacher thinks is mind-blowing.

“They always ask me: ‘Are you against relationships? Why don’t you have a boyfriend?’ My mom — she hooked up all the time in college — she’s like, ‘I would still love you, but are you gay?’ But for me, it’s not anything about chastity or fear of sex. . . . I’m just like, ‘Eh, it’ll happen.’ ”

Geez, mom. Ease off the gas, will you? “Eh, It’ll Happen” should be the motto for sexless teens everywhere. 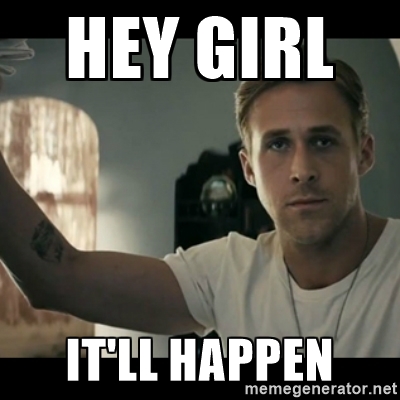 “I’ve overheard conversations where every detail was given — ‘We were in this position for this long, and then we were in that position’ — and that’s a major turnoff for me,” he said. “There’s a lot of people my age who have no filter in terms of how they express themselves in public.”

Well, Leo, don’t have sex with them. Don’t talk about sex like they do. You bring up fair points but you shouldn’t let graphic storytellers ruin it for you. This would be like saying, “Watching Guy Fieri eat has turned me off of food.” I mean, maybe seeing that would get you off quesadillas for a day, but you should definitely eat one now and again.

Also, that’s a curious way to tell a sex story.

“Well, we were in missionary for seven minutes. Then she was on top for nine minutes. Then we went into the wheelbarrow for four minutes. After that, she gave me the Abner Doubleday for what seemed like an hour. I’m a generous lover, so I gave her 30 minutes of the Upside-Down Pizza.”

Leo, I don’t know about you, but the second someone tells me about a new sandwich, I need it instantly. “It’s a chicken parm sandwich with a fried egg and french fries on it.” Before you even get to the part about the french fries, I’m already running out my door while googling the sandwich on my phone.

But finding the idea of sex so repulsive that you’d rather watch YouTube? I mean, maybe before every good video had a 15-second ad before it, sure. But now? Sex is definitely better than YouTube. Slightly. Maybe. I don’t know.