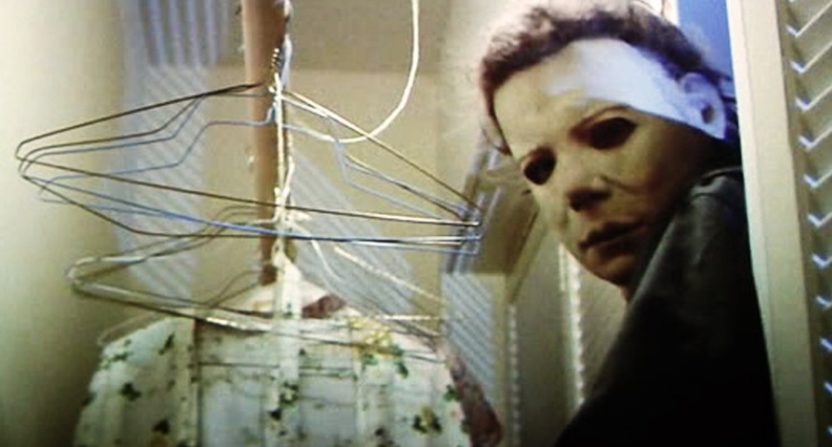 If you enjoy scary movies at Halloween, or any time of year, thank John Carpenter. Few filmmakers have been more influential to the modern genre. His impact still resonates today in Stranger Things and Get Out.

Carpenter is 69 years old and it has been decades since he’s had a hit movie. But his landmark film Halloween (1978) is one of the most important films in movie history, paving the way for many of the horror films and TV shows enjoyed today.

Last month, it was announced that a Halloween reboot is scheduled to be released next year on Oct. 19, starring the original heroine Jamie Lee Curtis. Carpenter will executive produce and serve as a consultant.

That’s not all. Carpenter, a musician who wrote the score for many of his movies, is on tour. He’s playing scary music from his albums and films. He’s backed by a heavy metal band composed of his son, godson and the rhythm section from Tenacious D.

That might seem odd to some but Carpenter has always done things a little differently than most. That’s how he became – as his officially Twitter handle describes as – @TheHorrorMaster.

As a child in the small university town of Bowling Green, Kentucky, Carpenter went to the movies often. Films like Forbidden Planet (1956) influenced him and he started making his own movies in grade school with an 8mm camera.

“I learned the language of horror as a child at the movies and reading books,” Carpenter recently told the L.A. Times, adding “horror changes and gets reinvented each generation. It’s continually being modernized.”

The way Forbidden Planet impacted him is the same way many modern filmmakers were impacted by Carpenter’s movies.

And if you want to make a film, horror is the way to go.

Studios love horror movies. Why? They’re low-risk. Those films are inexpensive to make. You don’t need big stars or a big budget. You don’t need a massive marketing campaign because people are looking to go to the theatres to see scary movies, especially in the fall. It’s also a communal experience where people (usually young people) will go to the movies together to get a good scare and have a good time.

If you hit on a horror movie, you hit big. The profit margin is huge. Just look at Get Out. Made for a shoestring budget of $4.5 million, it has grossed $175 million. It’s the most successful movie ever for a director making his feature-length film debut. Jordan Peele can now parlay that success into making any movie in Hollywood that he wants.

Long before Get Out, there was Halloween – made for $325,000 and wound up grossing $47 million. Adjusted for inflation, it still ranks as one of the most profitable movies of all time on a per dollar basis. It was released Oct. 25, 1978 and helped usher in the age of the scary Halloween movie in October. It also made Carpenter a household name.

This wasn’t Linda Blair in The Exorcist (1973) getting possessed by the Devil. No, the monster in Halloween was Michael Myers, an escaped mental patient and killer who terrorized teen babysitters in the Illinois suburbs.

Chances are you’re not going to get accosted by ghouls while walking home. But a crazed man wearing a mask, holding a butcher knife? That seems more plausible. That seems absolutely terrifying.

“What it did before anybody else was take evil and put it in a place we had never seen it before: the suburbs,” Rod Whitenack of Wild and Woolly Video told the Louisville Courier-Journal. “It’s where most of us live and a place that most of us think is safe.”

Carpenter made a masterpiece out of a film with no stars (it was the film debut of Jamie Lee Curtis), very little visible gore, and a minimalistic score composed by Carpenter. He shot the movie in 20 days in Southern California neighborhoods.

When Halloween was released, it wasn’t an instant success. But it slowly became something special through word-of-mouth. One Hartford Courant reporter described it as the Citizen Kane of “horror movies.”

Fast-forward to today. Where can you see Carpenter’s imprint? Watch Stranger Things. It’s not just an homage to Stephen King. There are Carpenter elements in the series. The idea of a government conspiracy that few are aware of reminds us of They Live. One of the characters has a poster of The Thing in his house. Also, the theme music for Stranger Things is a minimalistic 80s synth nod to Carpenter’s famous style of scoring.