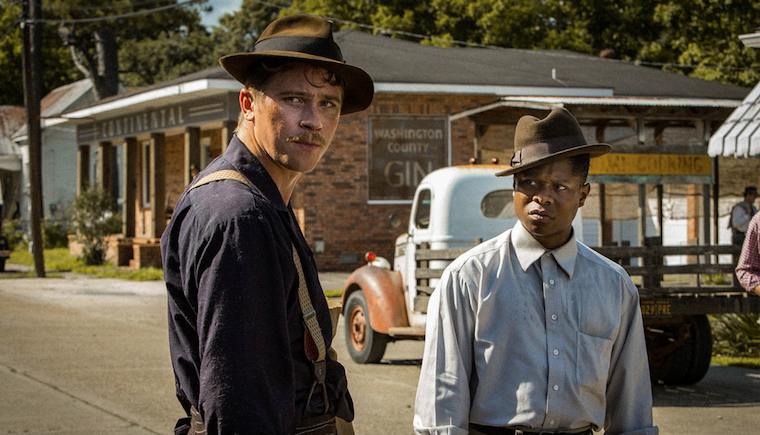 There weren’t too many surprises when the Academy of Motion Picture Arts and Sciences announced their nine Best Picture nominees on Tuesday. Some choices were obvious (Get Out, Three Billboards Outside Ebbing, Missouri, Lady Bird). But there were a number of films that should have made the cut.

Here are the best movies the Academy overlooked for this year’s Oscars:

Mudbound, a Netflix film, was fighting an uphill battle. While it was released in enough movie theatres to qualify for the Oscars, most people saw it via the streaming service. There is speculation that some in the Academy don’t think a Netflix movie should qualify for any awards.

To the Academy’s credit, Mudbound did receive four Oscar nominations, including Mary J. Blige for Best Supporting Actress and Rachel Morrison for Best Cinematography (becoming the first female ever nominated in that category). But the historical drama was denied a chance at the Oscars’ most prestigious award: Best Picture. The Academy should have made a game-changing move because Mudbound clearly deserved it.

This is the fictional story of two families – one black, one white – living in rural Mississippi during World War II. These families both have sons fighting in the war and when they return home, they form a friendship that leads to dangerous consequences in the Jim Crow south. The shining star of this tale is Jason Mitchell. You might remember him from playing Eazy-E in Straight Outta Compton.

Director Dee Rees finds a fresh, detailed way to talk about racism. But she also dives into other storylines: a sophisticated wife (Carey Mulligan) who feels out of place in the country, and a father who wants his son to stay on the farm when it’s clear that he would rather be elsewhere.

Mudbound has a depth which eludes some of the current Best Picture nominees.

The Big Sick is packaged as a romantic comedy, but it’s a lot more than that. A comedian once said that when you’re the child of immigrants, you feel like you spend half of your day in America and the other half in a foreign country. That’s because your parents want you to assimilate, but they don’t want you to abandon all of your old country values and customs.

It’s an impossible situation, straddling two worlds. The Big Sick captures that conundrum. The rom-com part is just a vehicle to tell that story.

The Big Sick is based on the real-life love story of Kumail Nanjiani and Emily V. Gordon. Nanjiani portrays himself, an aspiring comic who meets a girl (Zoe Kazan) at a gig. A hook-up develops into a relationship. But they break up when Nanjiani can’t commit to Emily long-term because his parents want him to a Pakistani woman. If he doesn’t, they will shun him. When Emily becomes seriously ill, he’s drawn back into her life and meets her parents, excellently played by Holly Hunter and Ray Romano.

You know how the story is going to end. After all, Nanjiani and Gordon are married. But this movie does such a good job exploring the complexities of the immigrant experience. Many will find this illuminating.

One of the best things a movie can do is shift your perceptions about a character. You start off feeling one way before you suddenly realize you were completely wrong. It’s a jarring experience to watch this part of the plot unfold, making you question many things about a character.

Lady Macbeth is a period piece, but some of the elements of the story are timeless: a woman (Florence Pugh) stuck in an unhappy marriage, an affair, a missing husband. (These are not spoilers. This is all in the trailer.) What do you do when your desires are incompatible with your reality? What extremes are we willing to go to get what we want? Lady Macbeth answers these questions in a brutal, unexpected fashion.

In the hands of lesser actors and a lesser director, this could have devolved into a Victorian version of an Investigation Discovery documentary. But the tension in Lady Macbeth is so thick that it leaves you uncomfortable. You’re left horrified and repulsed. At the end of the movie, one character blankly stares. The look makes the audience wonder if it’s a moment of regret or merely ice cold indifference. Lady Macbeth is a taut thriller and one of the most diabolic films made in recent years.

In the shadows of the happiest place on earth is one of the saddest. Imagine a collection of people who don’t know when their next paycheck or meal is going to come. They hustle, selling objects and sometimes even themselves. The only “home” they can afford is a room in the cheap hotels you see on your way to Disney World in Orlando. These are desperate people. For adults, it’s a hard life. But when you’re a small child and this is the only world you know, it doesn’t seems so bad.

The poor people in The Florida Project seem so authentic that it almost feels like a documentary. These people don’t necessarily “look” homeless, but they’re in desire straits. They can afford just enough for the hotel room and some basic necessities, but it’s a constant struggle of negotiations and questionable choices. As a young single mother gets more desperate, the choices she makes have dire consequences. Meanwhile, her blissfully ignorant daughter (7-year-old Brooklynn Prince) plays with the other children at the hotel.

This movie only received one Oscar nomination (Willem Dafoe got a Best Supporting nod). But this was one of the more moving films of 2017.

Never underestimate the power of simple storytelling. You don’t need a big plot twist, oddball characters or special effects to make a compelling movie. How about a good story and characters that you care about? What a concept!

There is nothing fancy about The Hero, but it’s easy to connect to this movie. The lead role is tailor-made for Sam Elliott, who plays Lee Hayden, a former star actor now reduced to doing radio commercial voice-overs. He’s a has-been with a serious medical issue, an ex-wife and estranged daughter. Hayden copes with his issues by smoking marijuana and hanging out with his weed dealer/best friend, reminiscing about the good old days. He would love to return to glory, a comeback with his career and his daughter. But he knows that’s not happening.

When he starts a relationship with a younger woman (Laura Prepon), that lights a spark in him. No, this doesn’t follow any of the usual clichés of an older man with a younger lady. This movie is about how a life of regrets can weigh on a person and the collateral damage of early fame. Hayden is forced to look at himself and realize that he’s running out of time to make amends.