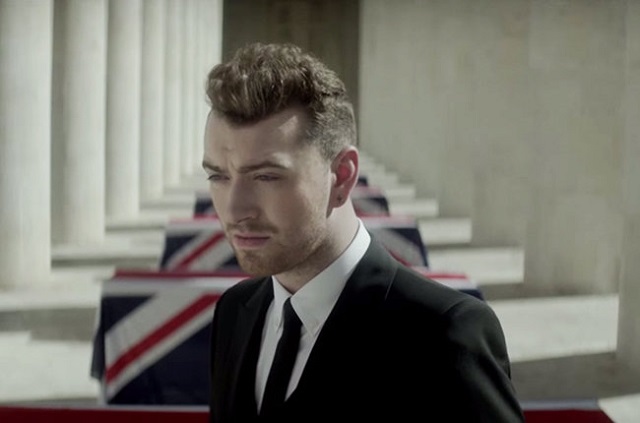 Thursday morning, the nominations for the 88th Academy Awards were announced in Beverly Hills, Calif. Though the acting, directing and Best Picture awards get the most attention, Best Original Song is also among the 24 categories announced. Nominees for Best Original Song must “consist of words and music, both of which were original and specifically written for the film.“

Here are the five nominees:
“Earned It” from Fifty Shades of Grey
“Til’ It Happens to You” from The Hunting Ground
“Manta Ray” from Racing Extinction
“Writing’s On The Wall” from Spectre
“Simple Song #3” from Youth

Each year, the nominees for Best Original Song are pulled from a shortlist of songs submitted to the Academy. From this list, Academy members in the Music Branch are asked to listen to each song and vote for five, but can only choose two from any one film. The five songs with the highest numbers of votes become the nominees.

The shortlist this year consisted of 74 eligible songs before eventually being pared down to the five nominees announced Thursday morning. I took it upon myself to listen to (most of) those 74 songs, and here are a few observations:

BEST SONG FROM GOLDEN GLOBE NOMINEES NOT ON THE SHORTLIST: “One Kind of Love” from Love and Mercy
Why did this song from the Brian Wilson biopic not even make it to the shortlist? Because of an Academy rule that states that eligible songs need to be “used in the body of the motion picture or as the first music cue in the end credits.” Wilson’s “One Kind of Love” was the second song played during the credits.

SHORTEST SHORTLISTED SONG: “Teamwork” from The SpongeBob Movie: Sponge Out of Water
This duet featuring SpongeBob (Tom Kenny) and Plankton (Mr. Lawrence) clocks in at 1:07. You’ll need to ask yourself if it’s worth one minute of your time.

NUMBER OF SONGS FEATURING OSCAR AWARD-WINNING ACTORS: 4
Jennifer Hudson was shortlisted for her song “I Run” from Spike Lee’s Chi-Raq, Al Pacino provided vocals for “Hey, Baby Doll” along with the Don Was and Ryan Adams written “Don’t Look Down” from Danny Collins, and Meryl Streep sang “Cold One” from Ricki and The Flash.

BEST SONG THAT DOESN’T FIT THE OSCAR FORMULA: “It’s My Turn Now” from Dope
The formula that used to win this award on an almost yearly basis has started to wear down with artists like Eminem, Bret McKenzie, and Three 6 Mafia taking home the trophy in recent years. It’s still hard for songs that break the mold to get nominated though, so this entertaining song from an indie darling like Dope was destined to not receive a nomination.

MOST SURPRISING NOMINEE: “Manta Ray” from Racing Extinction
This song sung by and co-written (with J. Ralph) by Antony adds to the pretty interesting career she has had since debuting with her group Antony and the Johnsons 15 years ago. Since that debut, she has worked with Lou Reed and Bjork, and won Britain’s Mercury Prize in 2005. But despite receiving critical acclaim, Antony hasn’t really broken through into the mainstream. Hopefully, this nomination will have people searching through her back catalog. This is my favorite song of the five nominees.

FILM WITH THE MOST SHORTLISTED SONGS: Salt Bridge
The producers for this Indian film submitted seven songs, but since only two songs from each movie can be nominated, this idea probably didn’t help any Salt Bridge receive enough votes. Maybe the Academy should look into limiting the number of submissions per film for future shortlists.

BEST SONG NOT NOMINATED: “So Long” from Concussion
Leon Bridges had a pretty great 2015. He released his debut album, Coming Home, in June to critical acclaim, was a musical guest on Saturday Night Live in December, and received a Grammy nomination for Best R&B Album. An Oscar nomination would have been a great addition to an already impressive resume.

PREDICTED BEST ORIGINAL SONG WINNER: “Til’ It Happens to You” from The Hunting Ground
Golden Globe winner “Writing’s on the Wall” by Sam Smith might have the momentum and could actually win this award, but Lady Gaga’s (co-written with seven-time nominee Diane Warren) powerful song from The Hunting Ground wasn’t eligible for that award due to Golden Globes rules making songs from documentaries ineligible.

The 88th Academy Awards take place on Sunday, Feb. 28, and will be hosted by Chris Rock.