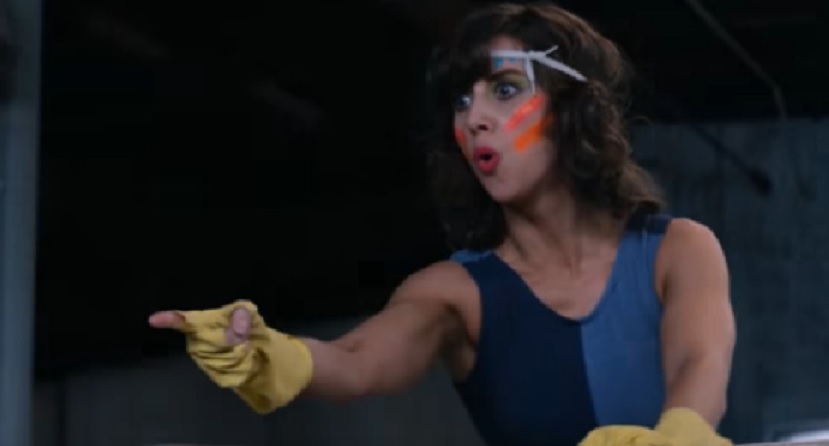 Pro wrestling is as popular as it’s ever been, covered by a variety of sports sites, including established, mainstream brands like Sports Illustrated and ESPN. We’re also in the era of peak TV, with more good programming than has ever been available, due in large part to regular and premium cable networks going hard into developing quality and quirky series.

Netflix’s GLOW fits somewhere in that spectrum. It’s capitalizing on pro wrestling’s current popularity, while also finding an opening on an outlet willing to take chances and be more creative than their network peers.

Fortunately for all of us, Netflix hasn’t revived the actual Gorgeous Ladies of Wrestling TV program that ran in syndication during the late 1980s with brightly costumed female wrestlers and awkward comedy sketches. (That’s not a shot at women’s wrestling. Pro wrestling has taken big strides in recent years, with the women playing prominent roles on WWE’s Raw and Smackdown Live.) Nope, this new comedy is a period piece based on the creation of that original TV show.  Check out the official trailer:

With Alison Brie (Community) as the lead, GLOW has a strong, recognizable star to build around. Her character, Ruth Wilder, looks like a different sort than Annie Edison or Trudy Campbell. Ruth isn’t a child of privilege, but like those other two characters, she has some fire underneath that’s been simmering for a while and just needed the right opportunity to ignite. Getting in the ring allows her unfulfilled acting talent to shine, though it may also get her ass kicked.

Marc Maron is also deft casting as washed-up director Sam Sylvia, who’s hired to make these aspiring actresses and roughhousers into professional wrestling stars who can be a polished television product. Previous reports says Sylvia “has a very complicated history with women,” and if you’ve listened to Maron’s comedy and WTF podcast over the years, that description fits him pretty well. But he’s also become a pretty good actor with his IFC sitcom Maron, along with supporting parts in Louie and Mike and Dave Need Wedding Dates.

GLOW is executive produced by Jenji Kohan, creator of Netflix’s Orange is the New Black and Weeds for Showtime, with Liz Flahive (Homeland) and Carly Mensch (OITNB) taking the lead as showrunners and head writers. The show (with “Blood!” “Tits!” and “Storytelling”) will premiere June 23 on Netflix with a first season that will run for 10 episodes.