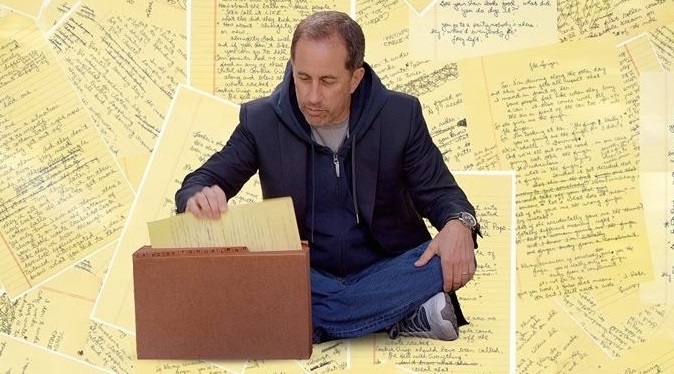 After more than 40 years in comedy, including nine seasons of arguably the greatest sitcom in TV history, Jerry Seinfeld is entitled to take a victory lap. He essentially does so with his new Netflix comedy special, Jerry Before Seinfeld.

The title really says it all. There’s no mention of Seinfeld the TV show. His stand-up routine includes no stories about the series, its development or cultural impact.

This really is Seinfeld telling the story of his life before he was Seinfeld. And it underlines what he has always thought of himself. Ultimately, he’s a comedian — more specifically, a stand-up comedian. It’s how he defines himself and it’s what he owes all of his success too. If Seinfeld hadn’t been successful on that little stage at The Comic Strip in New York, there never would have been a TV show. There certainly wouldn’t have been a Netflix special and all the other Netflix content that’s to come from him.

So Jerry Before Seinfeld is also an appreciation of what comedy provided to a kid from Long Island who had no greater ambitions than to make a living as a stand-up comedian. As he puts it, when he was starting out, he would have been happy to live on just a loaf of bread because he was doing what he loved.

Sure, that was probably the naiveté of a kid who didn’t yet realize what adulthood might bring, along with the concerns and choices that come with it. But that adds to the almost fable-like quality of the documentary. Seinfeld obviously did make a living as a stand-up comedian and that was the jumping point to enormous success and wealth. That his career surely exceeded any of the dreams that he first had while taking a lunch break on a ledge in New York isn’t the point. The dreams are at the heart of the story he wants to tell. So is the work that he put in, though it never felt like work to him.

But isn’t Jerry Before Seinfeld a stand-up comedy special? Yes, most of the program is Seinfeld on stage where it all began, doing a set at The Comic Strip, the small comedy club in New York where he first performed in 1976. If you didn’t know already — and maybe it’s something of a spoiler if you don’t know beforehand, though Netflix and Seinfeld have been forthright about this — nearly all of the material Seinfeld uses during his set is from his past, including the joke that drew laughs from that first audience.

Seinfeld goes on to talk about his upbringing on (not in) Long Island and the boring childhood he experienced that surely fueled the observational humor for which he’s best known. There’s a little bit of old man talking to young folks in the material, but Seinfeld isn’t a crank or curmudgeon about it. He’s pointing out the obvious, that growing up in the 1960s was far different than what a kid raised in the 1990s or 2000s might have experienced. Fifty years ago, there was nothing near the concerns about safety and nutrition that we have now. No one wore seat belts. Parents barely knew of their children’s whereabouts. Sugary sweet breakfast cereals are a particularly deep source of material during this part of the set.

Before you called him a king, a legend, or the guy-from-that-thing, he was just Jerry. Now streaming on @netflix.

All of the material is generally clean and safe, reflecting a comedian who relied on observation and storytelling to get laughs, rather than profanity or any sort of persona. Seinfeld includes a bit about getting the middle finger from a cranky New York driver, but the joke is about the gesture itself and how we’ve given meaning to it, rather than examine how silly it is. As he puts it, “I’m only two fingers away from a compliment.” He tells jokes about his father always asking him to help move furniture when he comes to visit. There’s a bit about socks, the dirtiest of our clothing that’s always trying to get away from us.

Some who might not be as familiar with Seinfeld’s material — or have seen more of his later stuff, which has a bit more of an edge to it — might not think this stand-up set is all that funny. Or at least not laugh-out-loud funny. It’s amusing. There aren’t any belly laughs, though that obviously depends on your taste, mood and where a joke might hit you at a certain time. Seinfeld’s comedy had an innocence to it in his early years, and he somehow becomes that younger man again on stage as he’s retelling those jokes. The bitterness and jadedness that comes with adulthood hasn’t crept into his material yet.

What makes the comedy more poignant, however, are the documentary segments in which Seinfeld looks back at his early life and career. We visit his childhood home in Long Island and the place where he decided comedy would be his life. Home movies show us that he was a normal kid; he didn’t live the hard life that molds many of our more cynical and angry comedians. And maybe the most eye-popping moment, even if it comes across as perhaps a bit too staged, is when we see all of the notes that Seinfeld has taken over the past 40 years, all of the jokes that he wrote and worked out on yellow legal pad paper. Somehow, it all fit in an accordion folder, which just seems like too small of a container for the career all that work yielded. It’s a touching moment that feels like Seinfeld is genuinely sharing something of himself with the audience, with his fans.

Jerry Before Seinfeld isn’t the harder, more revelatory look that the 2002 documentary, Comedian, provided. But that film caught Seinfeld in something of a moment of crisis. Did he still have his stand-up touch after 10 years of doing a sitcom? What happens when he tries to put in that work again, risking bombing on stage despite all of his fame? It was a much different appreciation of a life in comedy and what was needed to succeed. (And frankly, it’s a far better, more compelling documentary.) This special is much more of a soft-focused reminiscence. How did I get here, rather than how can I get back there? It’s not the best Jerry Seinfeld comedy special you’ll ever see, but fans — longtime or otherwise — will still want to watch it to learn something more about a comedy icon.