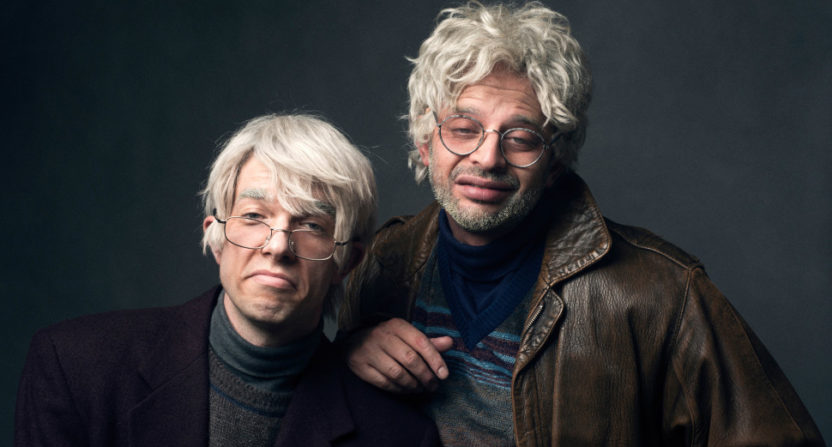 We live in an excessively weird time. So much controversy and confrontation. Why not allow two mid-30s comedians to dress up like two elderly New Yorkers — one an elderly writer, the other a struggling actor — and take your mind off of what’s going on in the world?

Comedians John Mulaney and Nick Kroll play George St. Geegland and Gil Faizon. Their Broadway show, Oh, Hello, had a small run off-Broadway before playing at the Lyceum Theater. Now Netflix is airing the show in its full glory for a wider audience.

The special starts off with Mulaney and Kroll setting the scene for the evening. Immediately, they let the jokes fly and the pace never slows down through the entire show. It is self-referential and extremely specific at times, yet it works more often than not. They explain their characters’ path and how their play is supposed to go. They bring up past trials and tribulations with gusto. While some jokes aren’t received as warmly as others, the rapid-fire nature of the material makes the show feel intimate. It’s like a conversation only you and the comedians are privy to.

Oh, Hello should be prefaced as a unique piece of comedy. Weaving in and out of meta references to both Broadway and the pop culture scene, it can be dizzying. Netflix CEO Reed Hastings recently stated that the streaming service needs to take more risks. This concept could’ve been a massive flop, but the comedic chops of the stars always keeps the show on track.

Mulaney and Kroll are both breathlessly funny when performing in their “play” and also insanely entertaining when bantering back and forth. They have developed these characters for a decade, going back to Kroll’s Comedy Central series, and the attention to detail is great. Their costumes are fantastic and the makeup (done by Annamarie Tendler Mulaney) seamlessly immerses you into the play, helping the audience forget that these are two modern comedians.

The jokes often oscillate between corny and salacious, constantly keeping you on your toes. But that makes the show all the better because it never falls into a familiar rhythm. Adding to that, they take a break from their “play” and invite a guest to be on their prank show, “Too Much Tuna.” What was once a tuna sight gag on Kroll Show has been refined into a pseudo interview with a famous New Yorker or personality, only with a tuna fish sandwich made for Andre the Giant in front of them.

For this iteration, Steve Martin joins them on-stage to riff and play off of one another (Michael J. Fox joins them as one of the extras for the special). Martin is laughing right along with the audience while on stage, a live testimony to just how fun the show is for those watching. 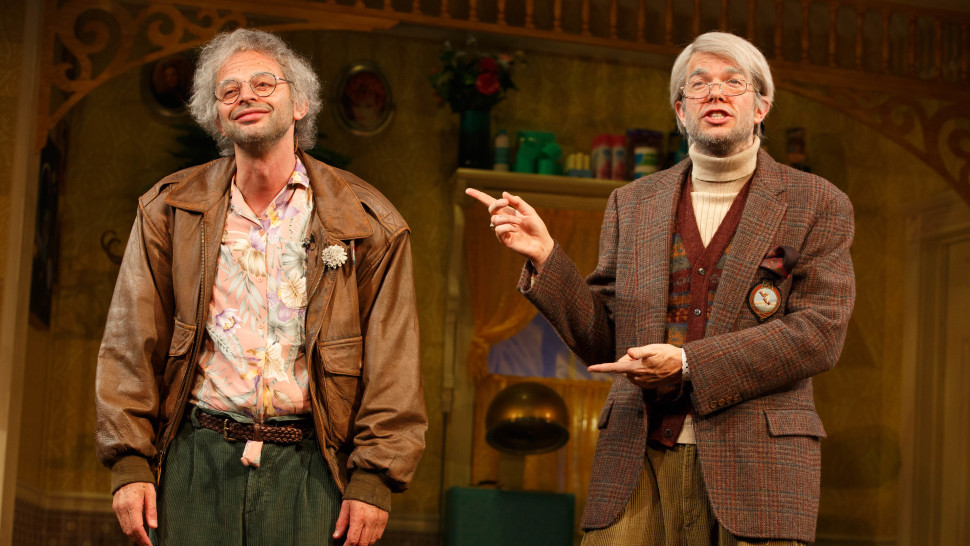 Nothing is really off limits during the show with jokes about Bill Cosby, Terry Schiavo, Steely Dan and New York-based theater actors. It’s all odd and arbitrary, but you get used to it. There is actually a narrative followed throughout the play, but it doesn’t really matter because it mostly provides background noise to the jokes.

Mulaney and Kroll look like they are having the time of their life on stage. A lot of it feels natural and their rapport as real-life friends helps the show move along. At 104 minutes, you might assume that the special would get tiring, yet it somehow stays fresh to the very end.

To make a long-lasting impact in comedy, you very nearly have to reinvent the wheel. Oh, Hello doesn’t reinvent anything, but it hits every note perfectly for a first-rate comedy special. During the dregs of summer, that is all anyone can ask for.