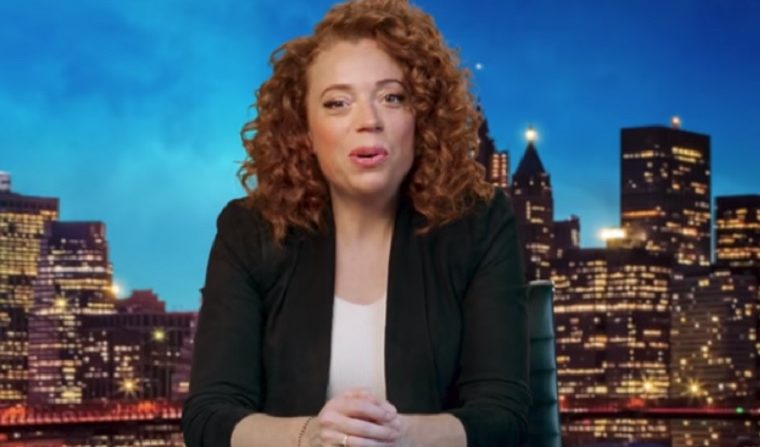 If you unplugged from social media and the news cycle over the weekend, you may have been surprised to discover that comedian Michelle Wolf somehow became Public Enemy No. 1 for her routine at Saturday night’s White House Correspondents Dinner.

So it’s probably not a coincidence that Netflix has released a trailer for Wolf’s new show on the streaming network. Strike while the iron is hot. Promote programming while the featured performer is a hot topic in the news and throughout social media. Check out the teaser for The Break with Michelle Wolf:

Netflix often releases teaser trailers largely for the purpose of announcing a premiere date. So mark May 27 on your calendars. (Interesting that the show will be on Sunday, the same day as HBO’s Last Week Tonight with John Oliver.) But the timing here seems particularly astute (or planned).

Following her appearance at the WHCD, a prominent question on people’s minds (at least among those who weren’t outraged) was likely, “Hey, when does Wolf’s Netflix show begin?” Neither Wolf nor Netflix couldn’t have asked for better promotion than this. Is anyone considering moving up the debut? Imagine if it premiered this coming Sunday.

On its own merits, however, the trailer is funny. Netflix seems to pull the trigger on getting to the next show (if you’re watching a series) or promoting other available content (if you’re watching a standalone movie, documentary or comedy special) faster than ever. If you want to watch the credits, you better know which button to push — and fast. So even though it’s a joke, it’s not difficult to imagine that Netflix could be pushing you to something else in the middle of what you’re watching.

We can tell you’re bored; your breathing has changed and your pulse rate has slowed. We think you’d like to watch Lost in Space!

Wolf had a lot of people — both in attendance and watching on TV — clutching their pearls, falling onto their fainting couches, and expressing their indignance over a barrage of jokes that was unmerciful in skewering Donald Trump, those who speak for him, and the media that keeps pulling at the thread that is causing our national discourse to unravel.

However, some people may have simply been shocked — shocked — that Wolf used profanity in her routine, uttering words like “pussy” and “fuck” (possibly the first time such language was heard on C-SPAN, though not CNN) during an evening that’s supposed to celebrate the media yet also unwittingly celebrates the chummy relationship the Washington D.C. press corps often shares with the politicians it covers.

That may have never been exposed more apparently with several reporters and pundits criticizing Wolf for her remarks, especially the jokes that were made at the expense of White House press secretary Sarah Huckabee Sanders.

That @PressSec sat and absorbed intense criticism of her physical appearance, her job performance, and so forth, instead of walking out, on national television, was impressive.

Watching a wife and mother be humiliated on national television for her looks is deplorable. I have experienced insults about my appearance from the president. All women have a duty to unite when these attacks happen and the WHCA owes Sarah an apology.

Except Wolf didn’t attack Sanders’s looks. Watch or listen to that part of Wolf’s routine, or read below.

Here’s the excerpt directed at Sanders:

We are graced with Sarah’s presence tonight. I have to say I’m a little star-struck. I love you as Aunt Lydia in The Handmaid’s Tale. Mike Pence, if you haven’t seen it, you would love it.

Every time Sarah steps up to the podium, I get excited, because I’m not really sure what we’re going to get — you know, a press briefing, a bunch of lies or divided into softball teams. “It’s shirts and skins, and this time don’t be such a little bitch, Jim Acosta!”

I actually really like Sarah. I think she’s very resourceful. She burns facts, and then she uses that ash to create a perfect smoky eye. Like maybe she’s born with it, maybe it’s lies. It’s probably lies.

Was the “Aunt Lydia” remark supposed to be the one that mocked how Sanders looks? But Wolf wasn’t comparing Sanders to The Handmaid’s Tale character (played by Ann Dowd) in regards to her looks. Lydia preaches subjugation and enforces harsh punishment upon those who don’t obey. The comparison was to the role Sanders plays in the current White House administration, trying to control what the media reports, constantly deflecting questions and withholding truth.

Was it the joke about Sanders’s make-up? Wolf was mocking what was used to create that “perfect smoky eye,” not the application of make-up or any particular style choice. But many in the media thought these were personal attacks at Sanders, rather than criticism of her work. There’s an old saying which says that if a joke has to be explained, it wasn’t particularly effective. Maybe that was true in this case.

But many people also pulled out their jump to conclusions mats. That calls into question what the motivation was behind that criticism. Are reporters worried about losing access to the White House — or more importantly, the leaks that have led to so many stories about the Trump administration?

Hey mags! All these jokes were about her despicable behavior. Sounds like you have some thoughts about her looks though? 😘 https://t.co/JRzzvhBuey

Please quote the exact line that intensely criticized her appearance. You’re a journalist. You should be doing this already. https://t.co/B9aT7moy2C

Hi I’m the head writer of “The Break with Michelle Wolf.” Thanks for your interest but we are all staffed up right now. But please do watch weekly on Netflix starting May 27! @thebreaknetflix https://t.co/mJEzUGxuqA

The White House Correspondents’ Association, through current president Margaret Talev (who invited Wolf to be the guest speaker, by the way), tried to distance itself from Wolf’s remarks in a statement released Sunday.

Yes, maybe some members of the White House press corps were legitimately embarrassed by the tone of Wolf’s remarks and the language used. But as Wolf herself said during her routine, “You should have done more research before you got me to do this.” The White House Correspondents Dinner loves the attention that it’s received in recent years. It’s become a celebrity-driven social event on the D.C. calendar. And a big part of that attention has come from jokes that the comedian guest host makes, such as when Seth Meyers and President Obama took shots at Trump — who was in the audience — at the 2011 dinner.

So does the WHCA want it both ways? Hey, bring us publicity, but only the right kind of publicity! Wolf is going to be fine, just like Stephen Colbert, Seth Meyers, Larry Wilmore and other hosts were after they caused a stir with their routines. Her critics and denouncers have done her a favor.

If anyone or anything else has received as much or more criticism than Wolf over the past 36 to 48 hours, it’s been the White House Correspondents Dinner. If journalists are supposed to challenge authority and speak truth to power, well, that’s exactly what Wolf did on Saturday night. And if that’s not what the WHCA wants, why have a guest host? Why allow the event to be televised? If the real intention is to honor journalists for their work and award scholarships to student journalists, keep doing that. But make it a private prom instead of a celebrity show. Or get a sense of humor.

Here is video of Wolf’s entire routine, if interested: