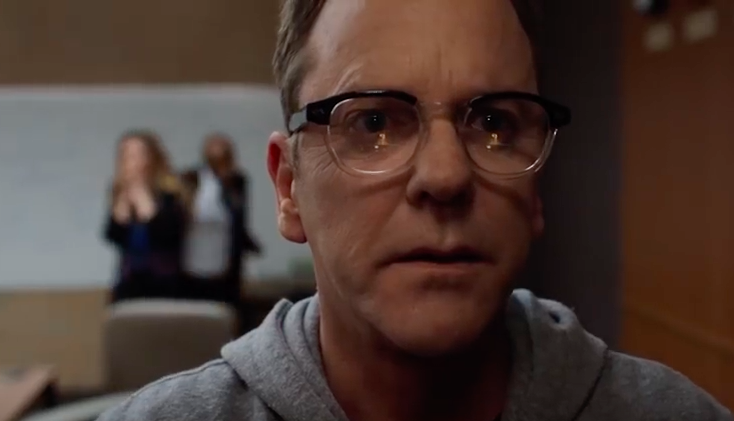 While pay cable networks and streaming services dominate the prestige television and award circuit, network TV is still alive and kicking. It’s still the most reliable place for advertisers to peddle their wares and know what they’re getting in return. That’s why the network upfronts that occurred this week in New York still make waves.

All of the major networks (ABC, CBS, FOX, NBC, CW) trotted out their biggest stars and biggest news, not to mention trailers and first-looks for the shows they hope will all be huge hits next year (even though we all know most of them won’t make it to season two).

As usual, there were some rough trailers (looking at you, CBS) and certain TV shows that already feel stale before they’ve even aired one episode (still looking at you, CBS). But there are also quite a few intriguing possibilities mixed in there. As we sit here in May and all of these shows are hopeful of finding an audience, let’s zero in on the 10 that offer the most promise and potential.

We’re gonna level with you. This doesn’t look very good. But we almost gave it a courtesy spot just for Hayley Atwell (Agent Carter). However, when her character says that her new job entails “working these pointless cases with you people,” that’s a little more on the nose then it was probably intended to be.

Meet this season’s Sleepy Hollow. You gotta admit, it’s a solid premise. Based on the Karl Alexander novel that was also made into a movie in the 70s, H.G. Wells travels to the future to chase Jack The Ripper and prevent him from killing more (which may be a futile effort for a few seasons, at least). The guy playing Jack (Josh Bowman) really looks out of place in 1890s London. But since most of the series will take place in the here and now, that’s not a big concern. The question will be, just like Sleepy Hollow, how long the show can keep focus before spiraling out of control.

We’ve seen some people poo-poo this one but the scares towards the back-end of the trailer were pretty genuine and if you’re going to put this show on someone’s shoulders, it might as well be Geena Davis. The key here might be the audience’s willingness (or lack thereof) to separate their feelings for the iconic film from their feelings about the show. The show’s job will be to keep the scares feeling fresh and use the extra time to really let us get to know those affected.

If you said this was the trailer for a feel-good movie, that would make a lot of sense. As a television show, we’re not sure how you keep things moving in an interconnected way, but we’re willing to give it a chance. You’ve got a solid cast, a good writing pedigree, and it was the rare TV show trailer to actually tug at legit heartstrings. We’re not sure what season three of This Is Us looks like, but maybe that’s getting ahead of ourselves.

Remaking movies into TV shows is one of the big themes this season (as well as time travel). Perhaps the key is to take a movie concept that was good, but not iconic. While Lethal Weapon looks like a cosplay movie and Training Day looks all kinds of bad, Frequency actually seemed to work, partly because there’s no emotional attachment to the original. Plus, they seem to have put a spin on the plot beyond the protagonist gender swap and opened up all kinds of interesting possibilities. The quality of the show also feels solid. This doesn’t feel like a CW show, which is rude to say, but you also know it’s true.

Like we said, time travel was a big theme this year (something we’re fascinated to dig into). Timeless is probably the most time travel-y of them all. Abigail Spencer leads a team back in time to catch a bad guy (?) played by Goran Visnjic. The team behind the show includes Eric Kripke (Supernatural, Revolution) and Shawn Ryan (Last Resort, The Shield), and Hollywood director Neil Marshall (Dog Soldiers, The Descent) handling the pilot. It pays off (except for the really rough CGI in parts). This is one of those shows that could end up really well or really bad, depending on the choices they make. Fingers crossed.

We watched a lot of multi-camera sitcom trailers (God help us), but this was the only one that made us want to actually watch the show. It’s CBS, so there’s a little bit of “aren’t millennials dumb?” in the DNA but Joel McHale and Stephen Fry are a comedy tag team that demands at least a courtesy watch. Even when the jokes aren’t great, the two of them know how to sell and make it work. But we gotta admit, some of the jokes are actually pretty good. There’s life left in sitcoms yet!

We almost wish this was a movie instead, but that might be because it reminds us of Defending Your Life. Even so, this looks like the best possible delivery of what could have easily turned into a twee mess. Kristen Bell and Ted Danson are perfect for the tone, the jokes are solid and there’s a good throughline to build on. This could be the kind of show that runs out of steam (and places to go) quickly, but it’s got lots of potential and plenty of fun possibilities to mine.

On paper, this shouldn’t work. The plot is well-worn and tired. But it’s a great example of how much a specific point of view can transform something basic into something funny. It’s the formula that works for It’s Always Sunny In Philadelphia (“a bunch of friends run a bar together”) and looks like it works here as well. Not coincidentally, the show comes from IASIP‘s The Chernin brothers and stars Kaitlin Olson. With that DNA, this comedy has got a great shot.

At first glance, Pitch feels way too gimmicky: The story of the first female player in Major League Baseball. But the delivery (pun intended) is what gives this show so much potential. It feels very grounded. It’s not taking itself too seriously and it’s not leaning into any kind of self-mockery. It feels almost like cinematic storytelling (at least in the trailer) and actually provides a reasonable path for its plot. Star Kylie Bunbury seems imminently likable and she’s surrounded by a solid cast to back her up. It’s one of only a handful of new shows that feels like appointment viewing.

Here’s what’s amazing about Designated Survivor: It’s exactly like 24, except this time Kiefer Sutherland isn’t playing Jack Bauer, he’s playing the guy on the exact opposite of the spectrum. He’s the guy who would tell Jack Bauer to take a hike and try to figure out rationally what to do next. The trailer sets up all sorts of solid plot points (he was supposed to be fired, no one believes in him, he’s a family man, he’s got to deal with whoever blew up the Capitol Building). The pilot not only sets up a fascinating story, but also gives the series plenty of road to travel. If any new show has the potential to be a huge hit, it’s Designated Survivor.