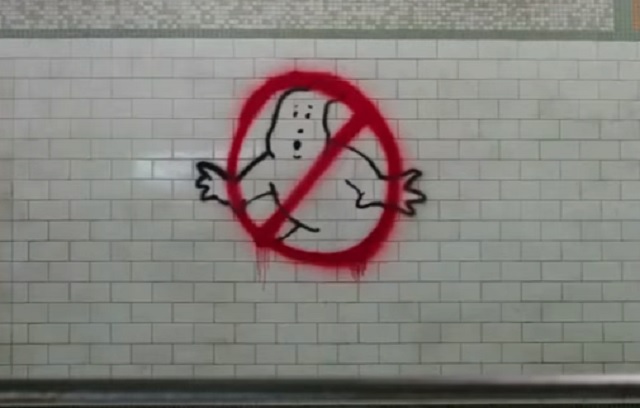 Much like a group of paranormal investigators and exterminators staring at a grave supernatural being that threatens our plane of existence, Sony Pictures bravely released the second trailer for the Ghostbusters reboot to face a mob of fear and uncertainty on Wednesday.

Somewhere along its production path, this update of the 1984 action-comedy starring Dan Aykroyd, Bill Murray, Harold Ramis and Ernie Hudson, with Melissa McCarthy, Kristen Wiig, Kate McKinnon and Leslie Jones playing similar roles, became the target of intense dislike and disdain from the online fanboy community. The first trailer for the movie, released in March, is the most disliked in YouTube history, generating more than 800,000 dislikes as of this writing.

Here is the new trailer, which has already drawn nearly 8,000 dislikes on the Movieclips Trailers YouTube channel.

It’s difficult to come up with a comparison. Many movies have drawn ridicule and scorn in recent years, but didn’t release trailers in this current climate of online anger and scrutiny. The Ridiculous Six, Adam Sandler’s Netflix film, currently has 5,800 dislikes. The second Batman v Superman trailer has earned 15,000. Gods of Egypt has 415, but maybe people just didn’t care enough about that one to express their distaste. Zac Efron’s DJ movie We Are Your Friends had one of the worst wide release openings in box office history, and that trailer drew 7,900 dislikes. The trailer for last summer’s Fantastic Four has 20,000 dislikes.

So what exactly is going on here? Does this new Ghostbusters film really look that bad to fans? The paranormal activity looks appropriately scary, yet fiendishly fun. The costume and equipment design is updated, but pays tribute to the past. Director Paul Feig is a proven comedy director, with Bridesmaids and Spy on his filmmaking résumé (in addition to TV gigs like Freaks and Geeks, Arrested Development and The Office).

I understand skepticism and disdain toward remakes of beloved films — I don’t ever want to see a remake of 1994’s The Crow, for instance — and think far too many are made these days, especially with horror films like A Nightmare on Elm Street or The Texas Chainsaw Massacre. The original Ghostbusters was released more than 30 years ago, and it’s not a classic too sacred to be untouched. Digital effects have come a long way since then and can create goofier and scarier monsters. A wealth of new comedic talent exists to adequately fill, if not surpass, the roles played by Aykroyd, Murray and Ramis. Basically, this new Ghostbusters checks off all the criteria for a remake.

Was the fanboy wrath directed mostly at the first trailer? Maybe that preview made a mistake by trying to take a solemn, respectful tone before changing up to jump into some comedy. Perhaps it also dragged by attempting to introduce each of the new characters.

The new trailer gets right to the action, probably because more effects and big set pieces are ready to show, and doesn’t bother with exposition. You know these people are funny, so here they are. Oh, and we have Chris Hemsworth doing funny stuff too! We also get some better gags too, such as two people taking a selfie as Leslie Jones tries to keep things calm with a giant ghost. (Probably a better choice than Jones slapping a ghost out of Melissa McCarthy and screaming at her.)

Unfortunately, the sad truth of the vitriol directed at this Ghostbusters reboot is predictably obvious. A vocal contingent of fans has decided that they don’t like this movie because it features an all-female version of the group. You should never read YouTube comments, but a sampling of them carry an ugly sentiment.

“Let’s ruin an original movie and make all of the characters women JUST to please misandrist feminists!”

“Women are just incapable of being funny. What a terrible idea.”

“This movie is a complete fucking insult to the fans of Ghostbusters. For a long time, people were fine with the movies as they were. When a new movie was announced, they expected something decent, something worth watching. Instead we get a movie filled with feminists who also happen to be some of the least funny women I’ve ever seen in Hollywood history.”

“Did this just become a chick flick?” 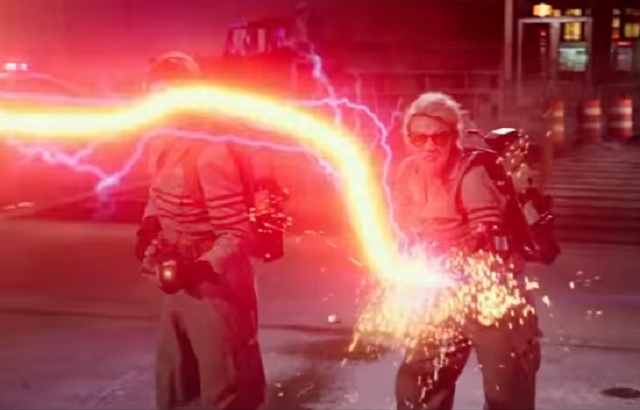 Those are among the comments that haven’t been deleted to this point. Anyway, you get the idea and momentum seems to be growing to try and get the dislike count on the first Ghostbusters trailer up to one million. What kind of accomplishment that will be isn’t quite clear, but it’s a big number to tout. However, what is the point of it? That some people don’t like women starring in action movies and comedies? That others somehow, bafflingly, feel threatened by women headlining a summer blockbuster or offended that beloved comedians from 30 years ago have been replaced in a modern update?

Has it occurred to anyone who doesn’t want to see this movie that they actually have the choice not to see it? Sony isn’t forcing anyone at gunpoint to support this movie and pay money for it. (If any movie studio thought that was a viable option, it would have been done already. Probably by Warner Brothers for Batman v Superman.) Of course, that’s not the culture we live in these days. We can’t just dislike something quietly. It must be expressed online through social media, comments or videos. The outrage must be loud and proud. (And anyone who speaks against it is tagged with a label like “Social Justice Warrior,” as if that’s really some kind of insult.)

Maybe the bigger surprise should be that a Ghostbusters reboot featuring an all-female cast was made to begin with. In light of Shane Black’s revelation that his villain in Iron Man 3 was to be female before corporate consultants and executives nixed that idea because female characters don’t sell toys, along with the lack of female-centered toys such as Marvel’s Black Widow or Rey from Star Wars: The Force Awakens in stores, it’s kind of amazing that this film was made. That’s probably a testament to the talents of McCarthy and Wiig, and Feig’s track record as a successful director.

It would be fun if the new Ghostbusters was a hit, one that provides some laughs this summer and yields a sequel or two. But maybe it won’t be a good movie. And if that’s because the comedy isn’t sharp, the effects are hokey, or the characters aren’t very compelling, then it’ll be a bad movie on its own merits. Regardless, perhaps the success has already been achieved with this movie soon hitting theaters.

Ghostbusters is scheduled for a July 15 release.