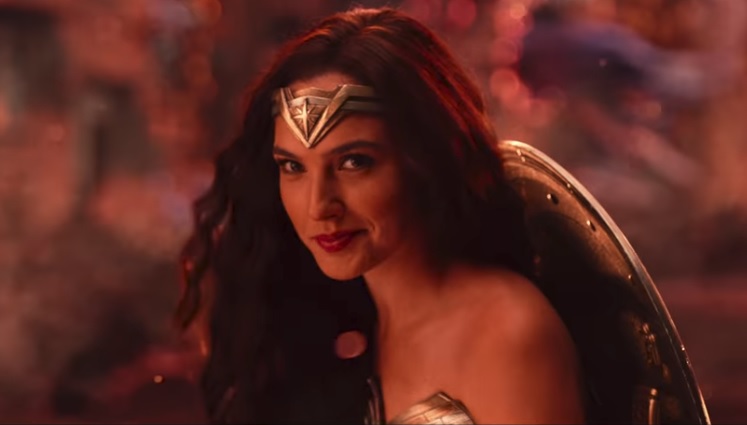 With Blade Runner 2049 hitting theaters this weekend, there was plenty of speculation that another Warner Brothers blockbuster would have a new trailer attached to the release. But the studio instead saved the new Justice League trailer for the final day of New York Comic Con and giving superhero movie fans a treat with their Sunday morning.

Roughly six weeks out from its Nov. 17 release, this is the final trailer we’ll see for Justice League, though we’ll surely get a whole bunch of TV ads in the weeks to come as Warner Bros. gives its superhero team-up a big push. And if this is essentially the last look we see before the movie hits theaters, the new Justice League trailer provides a good amount of spectacle and more importantly, a sense that this effort will be more fun than previous DC Comics films.

A prominent question surrounding Justice League‘s production has been how much the film has changed with significant reshoots following Joss Whedon taking over directing duties from Zack Snyder in light of a family tragedy. Speculation is that Whedon was brought in to bring some fun (and his trademark snappy dialogue) to the movie, while the success of Wonder Woman may have prompted boosting her role in the story. (Several reports have indicated that younger character Cyborg, played by Ray Fisher, had his role bolstered in the reshoots.)

Does the new trailer indicate those changes? See for yourself.

Just in case you didn’t get the idea that these guys are supposed to be heroes, a cover of David Bowie’s “Heroes” plays during the preview. That’s a bit more inspirational than the hard-driving “Come Together” cover in the previous trailer.

Maybe the worst kept secret about Justice League is that it will include the return of Superman, who seemingly died to stop Doomsday at the end of Batman v. Superman. The beginning of this trailer directly references that with Lois Lane (Amy Adams) looking wistfully out at the Kent farm and seeing a vision of Clark Kent (Henry Cavill) acknowledging that Lois accepted the indirect marriage proposal he gave while the world was mourning Superman’s death.

That even prompts a smile from a guy who’s largely been a sourpuss in Man of Steel and Batman v Superman.

Well, almost. But hopefully, this is the beginning of getting Superman right in these DC movies. He’s supposed to be a bright, inspirational figure who represents the best of us. Marketing for Justice League has indicated that’s the direction Superman and the DC Extended Universe will go in the future. This is the strongest hint yet that DC and Warner Bros. will give us a Superman that audiences might actually like. (Let Henry Cavill show he can do more than scowl and sulk!)

How much of Justice League will follow the Superman storyline? The guess here is that it will be referenced early in the film, especially since the Man of Steel’s sacrifice is what inspires Batman to (lighten the hell up and) assemble a group of other superheroes to conquer an imminent alien invasion. And Superman’s return will likely be the big moment of the third act, with his revival giving his new super friends the boost they need to conquer otherworldly ravager Steppenwolf (Ciarán Hinds) and his army of Parademons.

Both Steppenwolf and the Parademons (which also appeared in one of Batman v Superman‘s dream sequences) hint at the eventual arrival of cosmic dictator Darkseid. Whether or not we’ll see him is a mystery, but at the very least he’ll probably be a looming threat for future movies, much like Thanos has been for the Marvel Cinematic Universe.

There’s definitely still plenty of Snyder in this trailer. The entire film wasn’t scrapped and reshot, after all. Snyder’s presence is probably best demonstrated by the heavy artillery shell from the Batmobile’s cannon hitting the ground. Man, does he love filming those casings falling to the earth.

Yet if there’s one thing that this trailer wants to convey, it’s that these superheroes smile while they’re trying to save the world. Scowls and angst are so 2016 in the DC Extended Universe. And no one is having more fun kicking Parademon ass, getting thrown around while impaling enemies on his giant fork, than Jason Momoa’s Aquaman. It sure looks like he’ll be the breakout star of the film. But the banter between the star-struck Flash (Ezra Miller) and Bruce Wayne (Ben Affleck) should provide plenty of laughs too. This is gonna be fun!

Justice League will arrive in many theaters near you on Nov. 17.

UPDATE: Warner Bros. released an alternate trailer with a little bit of different footage on the Justice League Instagram account.

Check out the new trailer and see #JusticeLeague in theaters November 17.