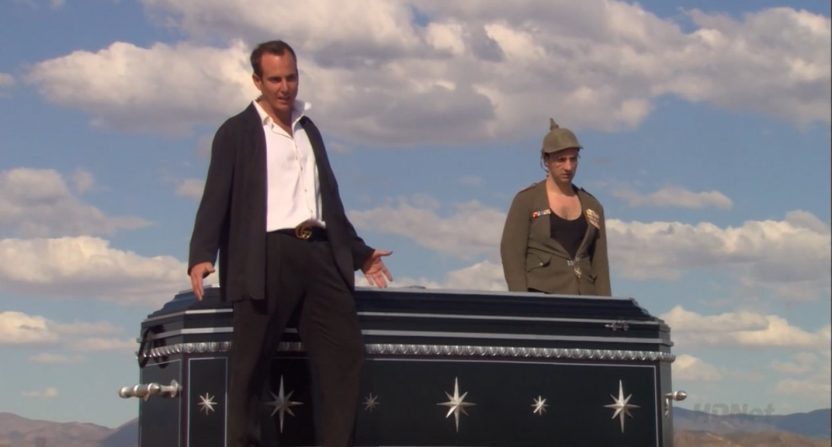 The Netflix revival of Arrested Development was a bit of a disappointment when it debuted in 2013, as budget constraints and varied shooting schedules prevented the cast from being together throughout the season. That forced series creator and show runner Mitchell Hurwitz to adjust the series structure, and the resulting product was good at times, but in the end not exactly the Arrested Development fans had grown to love.

Now, with a fifth season on the way from Netflix, it appears those issues will be taken care of. That’s according to star Jason Bateman, who spoke to Entertainment Weekly and laid out how the new season is shaping up:

Bateman also stressed that the cast will be together in season 5, which was not the case in season 4, to fans’ disappointment.

“Because of certain limitations we had with actors’ schedules and exclusivities to other shows, and budgetary constraints, [Hurwitz] had to pivot a bit off of that. And also it was an interesting thing for him to do because he was embracing the interface of Netflix, which was fairly new at the time in original programming, and wanted to be able to basically have you click out of one episode and click into somebody else’s episode and see a different view point on this simultaneous action.

“Ultimately, editorially, it didn’t really come together as well as he wanted it to, and then he had to dictate an order of watching, and it ended up being a little bit more complicated than I think one intended. But we’re still very proud of those episodes obviously — and really excited that we get to be together in these.”

That’s excellent news; rewatching the original three seasons, it’s apparent how much of the humor came from having another character walk into a scene, or random pairings (Gobias forever) take over episodes. Having all these characters bouncing off each other is what gave the show its magic; the comeback season was forced to try to introduce new characters that ended up taking a lot of the screentime, and for long stretches it just felt like a completely different show.

Bateman also delved into what the plot will focus on:

“The central spine of that story of is the death of Liza Minnelli’s character, and a bit of whodunit, who may have done it, who had something to do with it,” star Jason Bateman told EW Radio (SiriusXM, channel 105) on Wednesday. “That’s sort of a central thread around which [creator Mitch Hurwitz] is going to braid in all the colorful plot complications that he knows how to do.”

That’d be an interesting choice, especially if it resembles previous overarching threads like George’s legal troubles/disappearances, which weren’t so much a central mystery as they were something in the background that the show wasn’t afraid to drop for a while in order to explore more standalone plots. This is good news, though, as it seems more likely than ever that we might revive a bit of the feel of the original series, which is sure to produce at least a few classic moments.

Hopefully they’re willing to ignore some of the more ridiculous season 4 plots that were necessitated by the scheduling issues.