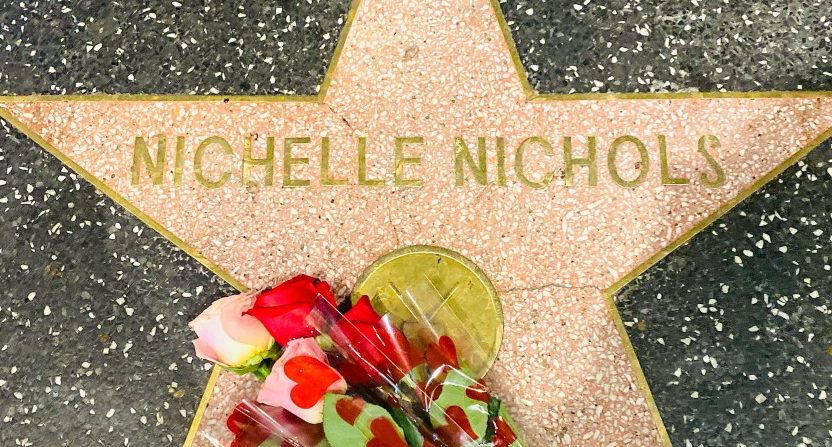 This weekend saw the passing of Nichelle Nichols at 89. Nichols, a famed actor, singer, and dancer, was most known for her portrayal of Lieutenant Nyota Uhura in the original Star Trek TV series and its six movie sequels from 1966-91, but she also held some other notable acting roles over the years, released two albums, and volunteered her time on a special project with NASA to recruit more women and minorities for the space program. Nichols’ passing, which was announced Sunday by her family, drew a ton of tributes, including many from other film and TV stars:

Many actors become stars, but few stars can move a nation. Nichelle Nichols showed us the extraordinary power of Black women and paved the way for a better future for all women in media. Thank you, Nichelle. We will miss you. pic.twitter.com/KhUf4YM6pX

Before we understood how much #RepresentationMatters #NichelleNichols modeled it for us. With her very presence & her grace she shone a light on who we as people of color are & inspired us to reach for our potential. Rest well glittering diamond in the sky https://t.co/DmeLFbg825

Nichols’ passing also drew many tributes from those involved in Star Trek, both the original series and the many subsequent series. That includes Celia Rose-Gooding, who plays Uhura in the current Star Trek: Strange New Worlds series:

I shall have more to say about the trailblazing, incomparable Nichelle Nichols, who shared the bridge with us as Lt. Uhura of the USS Enterprise, and who passed today at age 89. For today, my heart is heavy, my eyes shining like the stars you now rest among, my dearest friend.

Nichelle Nichols was The First. She was a trailblazer who navigated a very challenging trail with grit, grace, and a gorgeous fire we are not likely to see again.

RIP to a true legend. Her legacy will live forever.#NichelleNichols

My favorite photo of Dad and Nichelle Nichols on set. The importance of Nichelle's legacy cannot be over-emphasized. She was much loved and will be missed. pic.twitter.com/1zlTd4F9BD

NASA also put out a tribute to Nichols:

We celebrate the life of Nichelle Nichols, Star Trek actor, trailblazer, and role model, who symbolized to so many what was possible. She partnered with us to recruit some of the first women and minority astronauts, and inspired generations to reach for the stars. pic.twitter.com/pmQaKDb5zw

An article about a very important conversation between my father and Ms. Nichols: https://t.co/Qqn6yVl3dT

Nichols passed away Saturday night at home in New Mexico, as son Kyle Johnson announced on her Facebook page Sunday:

Nichols’ career made a remarkable impact, inside entertainment and beyond. Bruce Weber explored those beyond entertainment impacts in an obituary for The New York Times Sunday:

Uhura’s influence reached far beyond television. In 1977, Ms. Nichols began an association with the National Aeronautics and Space Administration, contracting as a representative and speaker to help recruit female and minority candidates for spaceflight training; the following year’s class of astronaut candidates was the first to include women and members of minority groups.

In subsequent years, Ms. Nichols made public appearances and recorded public service announcements on behalf of the agency. In 2012, after she was the keynote speaker at the Goddard Space Center during a celebration of African American History Month, a NASA news release about the event lauded her help for the cause of diversity in space exploration.

“Nichols’s role as one of television’s first Black characters to be more than just a stereotype and one of the first women in a position of authority (she was fourth in command of the Enterprise) inspired thousands of applications from women and minorities,” the release said. “Among them: Ronald McNair, Frederick Gregory, Judith Resnick, first American woman in space Sally Ride and current NASA administrator Charlie Bolden.”

Nichols will be missed by many. Our thoughts go out to her family and friends.

[The New York Times; photo of Nichols’ Hollywood Walk of Fame star from her Facebook page]