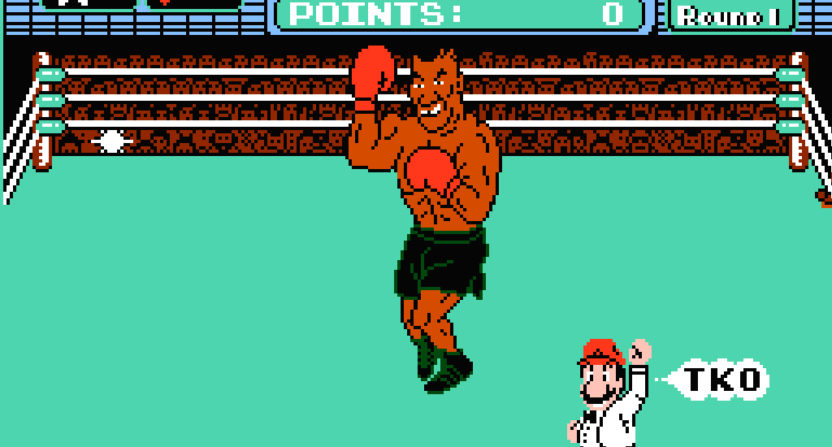 To a certain generation of video game players, “Mike Tyson’s Punch-Out!!” is in the pantheon. It was, for a time, amongst the handful of games that anyone with a Nintendo was basically required to own. Even as graphics and playability improved over the years, the kitschy appeal of the game hasn’t faded and you’ll still see eyes light up with the mere mention of “Soda Popinski” and “Bald Bull.”

The 30th anniversary of the game’s launch in America is coming up this year (October 18) and the numbers remain impressive. It’s still the best-selling boxing game of all time with over three million copies sold. It’s also one of the 20 most popular games in Nintendo history. The trials and tribulations of Little Mac (and his all-pink training track suit) became your own and you shared in his glory as he worked his way up the ladder to eventually facing Mike Tyson himself. Chances are, it took you quite a few tries to then beat him.

The story of how Tyson came to be in a boxing game that features made-up characters that range from kooky to somewhat-racist is a fascinating one. It was chronicled by Daniel Lanciana, who researched the history of the game for a book that he was unfortunately not allowed to release due to copyright issues. Lanciana recently told the New York Post how the game went from ending with a boxing match against Super Macho Man to a bout against the actual heavyweight champ of the world.

The first Nintendo version of the game didn’t include Tyson — Super Macho Man was the final opponent in the limited-edition giveaway — but Nintendo of America president Minoru Arakawa became so impressed with the Brooklyn native after watching one of his 1986 bouts that Tyson’s likeness was secured for a three-year period, for a reported $50,000.

The bargain deal was signed shortly before Tyson became the youngest heavyweight champion in history, and when the game was then released, the perfect final boss — 31-0 in reality at the time — was in place.

Now, $50,000 certainly meant more in 1986 than it does today, but given everything we know about athlete licensing and marketing now, that’s a downright steal.

Tyson made a lot of sense in 1986 to be the face of the franchise, but you might not remember that there soon came a time when that was no longer the case. By 1990, Tyson had lost to Buster Douglas and his aura was diminished. The licensing deal with Nintendo was over and the game was repackaged as “Punch-Out!! Featuring Mr. Dream.” Mr. Dream seemed to be exactly the same as Tyson, right down to his move set, but he just wasn’t the unstoppable force of nature from the 80s any longer.

Of course, most people will always associate the game with the boxing legend. It remains the best $50,000 that Nintendo ever spent.