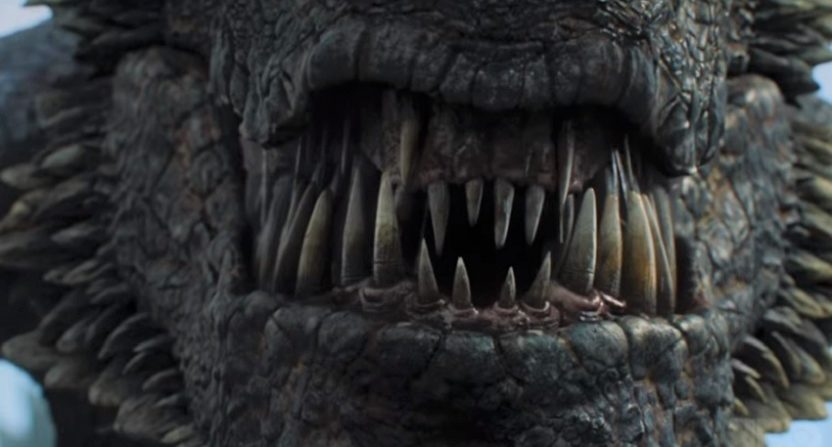 The past week in trailers gave us a nice mix of horror, award-worthy drama, biopics and comedy. Scares, tear-jerkers, awe, and laughter seemingly covers just about everything you need in entertainment from movies, TV and streaming. Oh, and there’s a lot of sports too!

Everything needs an origin story now. If you’ve always been wondering what the deal is with that damn doll in the Conjuring movies, you now have the story you’ve been waiting to see. For those of us who haven’t seen the those movies, nor Annabelle, should we just watch this one first, then backtrack? Also, did this trailer take all of the jump scares from the movie? If so, that kills the fun. What would be funny is if Annabelle: Creation was a supernatural horror take on Pinocchio. Too ambitious? Or maybe there’s a reason why we’re writing about movies instead of making or greenlighting them.

Keanu Reeves is making some curious choices in between John Wick movies. In The Bad Batch, currently in theaters, Reeves plays the cult leader of a post-apocalyptic sanctuary. In To the Bone, he portrays a much different, gentler man, a doctor who tries to motivate his patients in unusual ways. But Lily Collins is the star of this movie, and based on this trailer, really puts herself into playing an anorexic. Potentially scary stuff. Another notable name is director Marti Noxon, whose writing credits include Buffy the Vampire Slayer, Mad Men and unREAL. It’s great to see her get a shot at directing a film concerning a story that has some real-life meaning for her.

Based on a nonfiction book by David Finkel, Thank You for Your Service focuses on something that other movies have only touched upon as part of their stories: Post-traumatic stress disorder for soldiers and the struggle to fit back into a normal life after fighting in Iraq and Afghanistan. (The people in this story fought in Iraq.)

Miles Teller looks like he might have the role of his career so far here. Between this and the upcoming Granite Mountain, 2017 could be a big year for him. Curiously absent from the trailer is Amy Schumer, who plays a soldier’s widow. Maybe the thought is that people would see her and get the wrong idea. Producers are also trying to establish their bonafides by touting American Sniper and Lone Survivor as previous work by the filmmakers. (American Sniper screenwriter Jason Hall makes his directorial debut here.)

We’re at the point where we just want Game of Thrones, season 7, to get on our TVs, right? This new trailer for the seventh season runs through the main players in the cast, acknowledging the epic war to come. The shot of Littlefinger lurking in the crypt might be one of the coolest ever done for this series, and that’s a big list. Especially when there are many dragons flying around, Grey Worm’s badass helmet, armies of archers taking down Unsullied, vast naval battalions, The Night King and flocks of ravens to enjoy. Is Jon Snow taking on an entire army by himself? Oh, and there’s Beric Dondarrion with a sword that lights on fire. Beat that, Kylo Ren. Three more weeks!

If you’ve ever wanted to see a Supreme Court Justice in an action movie, Marshall looks like the film for you. OK, this biopic depicts the earlier days of Thurgood Marshall, even before he argued Brown v. Board of Education  But since we also know Chadwick Boseman as Marvel’s Black Panther, it’s easy to think he’s going to whip out some martial arts during a bar fight. The case involves defending a black chauffeur against charges of sexual assault and attempted murder in the Also starring Josh Gad, Sterling K. Brown, Kate Hudson and Dan Stevens (who’s everywhere), Marshall is directed by Reginald Hudlin, who’s typically more known for comedies. (He also wrote Black Panther comic books for Marvel in the mid-2000s. Are we referencing Boseman’s superhero too much?)

Last Chance U was a surprising hit among Netflix viewers (and The Comeback readers) last summer. Season 2 returns to East Mississippi Community College, football coach Buddy Stephens and academic counselor Brittany Wagner (who has since moved on to a new career), along with a handful of players who squandered an opportunity at big-time college programs and are looking to rehabilitate their careers. This season, the focus will be on quarterback De’Andre Johnson, who went on to sign with Florida Atlantic after getting kicked off the Florida State football team for punching a woman at a bar. Not exactly a sympathetic figure. Will that make a difference in how much viewers enjoy this season?

Many fans of the original Wet Hot American Summer movie presumed that a Netflix series would show what happened to the counselors at Camp Firewood. But creators David Wain and Michael Showalter went in a different direction for their first Netflix effort, making a prequel that took place on the first day of summer camp. But now we’re getting that 10-year reunion and we catch up with the gang in 1991. How many guys sported the long hair and soul patch look that Paul Rudd’s Andy shows here? He looks like he could be the lead singer of Creed, though was probably hoping for a more credible grunge band. Is there any chance that these characters are likable 10 years later?

Last year’s Patriots Day gave us the first movie about the Boston Marathon bombing. Personally, I thought it was one of the best movies of the year (though it went into wide release in January), but I understand that people may have felt it was too soon and stayed away. (Some people are never going to see movies based on real-life tragedies either.)

Stronger takes a different angle on the events of the 2013 Marathon, focusing more on an individual who was directly affected by the bombing, rather than the pursuit of the two men responsible for the attack. Jake Gyllenhaal plays Jeff Bauman, who lost both of his legs in the bombing. The movie follows the struggle Bauman faces with the radical changes in his life, in addition to being portrayed as a hero. David Gordon Green takes a needed departure from comedies to direct this real-life drama.

This is the second trailer released for the movie retelling of the 1973 tennis match between Billie Jean King and Bobby Riggs that became a national phenomenon. This preview takes more of a look at King’s off-court life, particularly her fight for womens’ rights, battles with cultural and media perception, and her developing relationship with hairstylist Marilyn Barnett (Andrea Riseborough). We also get a better sense of Riggs’ character. In the first trailer, Steve Carell’s performance looked like a different version of Michael Scott. But here we see just what a troll Riggs was in mocking womens’ tennis, provoking King to play him. So will the tennis from Emma Stone and Carell be convincing, or will the movie rely more on archived footage?

The Barden Bellas are back! Some may be excited about that. Others not so much. Anna Kendrick, Rebel Wilson, Brittany Snow, and Hailee Steinfeld all reprise the roles that made them famous — OK, some didn’t need this movie for that — with Elizabeth Banks and John Michael Higgins coming back as the broadcasters who covered the Bellas’ surprising win at the International Championship of Collegiate A Cappella. (Unfortunately, Banks isn’t directing this one, but she’s frying bigger fish in that department.) As the trailer shows, it hasn’t been a rise to fame for each of the women, though some have apparently made better life choices (veterinary school) than others (street performer). What can save them? Music! And some explosive action.

The other second trailer of the past week’s crop, American Assassin gives us some of the same backstory that was in the first preview but largely focuses on a whole lot of gunplay and ass-kicking. The action will really have to stand out, if this is going to be another Jason Bourne-type of series. Fans of Vince Flynn’s Mitch Rapp novels will surely question the choice to go young and tell the origin story of this CIA operative. I question the choice to put Dylan O’Brien and Taylor Kitsch in the same movie. The two look so much alike. Are there going to be several scenes in which you can’t tell who is supposed to be who? Is the point that Michael Keaton’s assassin mentor has a type in the guys he prefers to train?

There’s also a red-band version of this trailer, if you need a little more swearing and blood.