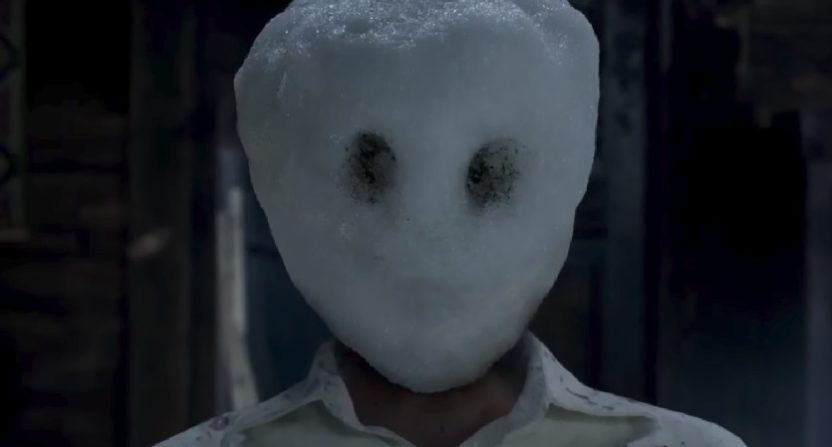 We love trailers here at The Comeback. Sometimes, they’re better than the movies or TV shows they’re intended to promote. We try to cover the best of them, big and small, in our coverage during any given week. But we can’t always get to all of them in a given week, which is why we try to pool them together in a one-stop shop for movie and TV anticipation.

The past week in trailers was a bit unusual, because there were a lot of previews coming out of Comic-Con. We’ve covered a few of those — Justice League, Thor: Ragnarok and Stranger Things — in separate posts, so won’t repeat those here. But there were still plenty of other trailers to cover, some of which were pleasantly unexpected surprises, such as the first look at The Disaster Artist and the latest film from Guillermo del Toro.

Other than superhero blockbusters from Marvel and DC, the most anticipated trailer shown at Comic-Con was probably Ready Player One, Steven Spielberg’s adaptation of the popular novel by Ernest Cline.

If Stranger Things is a nod to 1980s nostalgia, then Ready Player One is a full head-first dive into the pop culture of that decade, incorporating movies, TV, comic books and especially video games into The Oasis, the preferred form of virtual reality entertainment for players such as Wade Watts (Tye Sheridan). You can spend the better part of an afternoon (or longer) trying to unpack all of the 80s references in this trailer.

There’s quite a bit of anticipation for James Franco’s movie about the worst movie ever made. Fans of The Room, along with those who have heard about what a terrible effort it was, are sure to enjoy this account of Tommy Wiseau’s fascinatingly awful film based on the memoir by actor Greg Sestero. The first teaser trailer for The Disaster Artist didn’t disappoint, showing Franco as Wiseau not even being able to pull off a 10-second scene. Could this really earn Oscar consideration?

After a teaser that appealed to nostalgia and a first trailer that revealed little except some gorgeous visuals, the second trailer for Blade Runner 2049 provides some story details. (Those who want to know very little going in might not be happy about that.) Rick Deckard is on the run. Is that because he went into hiding with a replicant years ago? Is he a replicant himself, which has been a popular theory among fans? Does he know something that Jared Leto’s villainous creator needs? A lot is still unknown — which is good!

Wonder Woman is the summer’s biggest hit, so a story about the man (and women) who created the Amazon warrior princess Diana could draw some interest. (The timing of this production was certainly planned well.) William Moulton Marston (played by Luke Evans) is certainly an interesting figure, and his relationship with his wife and mistress certainly seems like it would make an intriguing movie. Throw in how it may have influenced Wonder Woman’s creation, and it’s even more of a curiosity.

Michael Fassbender is one of the more compelling actors working today. Unfortunately, he’s made some questionable decisions playing Magneto in the X-Men movies and putting his producer power behind Assassin’s Creed. But playing a detective pursuing a serial killer in a creepy crime thriller based on a popular novel looks like a good move for him. It’s also nice to see Rebecca Ferguson continuing to score roles following her Mission: Impossible – Rogue Nation breakout.

Unfortunately, the title sort of sounds like a bad novel about a doomed romance or life awakening that would have been a popular book club pick 15 years ago. Fortunately, it’s the latest film from Guillermo del Toro (Pan’s Labyrinth) and is in his comfort zone of freakish monsters who bond with outcasts and dreamers. The creature looks similar to Abe Sapien from Hellboy, and Michael Shannon could be the scariest thing del Toro has ever had in one of his movies. Interestingly, the tone seems lighter, as if del Toro made his version of Amelie.

OK, this movie is surely terrible. But if you want two minutes of Kate Upton and Alexandra Daddario, there are worse ways to briefly entertain yourself. A romantic triangle take on a raunchy, gross-out female comedy seems slightly intriguing, but how many of those movies have been successful since Bridesmaids? This will surely be a staple on TBS two years from now.

This is undoubtedly a first-world problem, but those who see a lot of movies are surely tired of seeing the first trailer for Kingsman: The Golden Circle over and over again. A new look at the film was sorely needed, and now we have one.

After revealing the surprise that Colin Firth’s character is apparently back, this preview steers into that. More important is an introduction to The Statesman, the American version of the British spies, led by Jeff Bridges and Channing Tatum. As much action as the first Kingsman had, the sequel promises to have much more.

Todd Haynes is one of the most interesting filmmakers working today. Few, if any, of his movies appeal to a wide audience, but they typically draw critical acclaim and awards consideration. And Haynes almost always attracts great actors for his films. Julianne Moore has been in several of them, and this time she’s joined by Michelle Williams. Wonderstruck adapts a children’s book with storylines that take place in both 1927 and 1977 and two characters’ connection between those two eras.

I know I’m underselling Taraji P. Henson’s work on Empire, but I’ve always felt it was sort of a shame that she didn’t follow up her 2009 Academy Award nomination for The Curious Case of Benjamin Button with more big movie roles.

But she scored the lead role in last year’s Hidden Figures and now has an action showcase that might challenge Charlize Theron and Atomic Blonde for the best female action movie. And since this movie is about a hitman, maybe it’s more of a contender for a female John Wick-type of film. That might depend on the fight scenes.

We covered the new trailer for Marvel’s The Defenders shown at Comic-Con, but Netflix released a preview beforehand (apparently for international audiences) that featured legendary Marvel creator Stan Lee. Interestingly, Daredevil is the only one of these four characters that Lee had an actual hand in creating. But hey, he’s Mr, Marvel. Without him, these characters likely wouldn’t exist. At the very least, it’s a good way to repackage footage from the previous four Marvel Netflix shows.

Big things are expected for what looks like Netflix’s attempt at a blockbuster. Anything Will Smith stars will get big attention, and it’s notable that his next movie is on Netflix instead of in theaters. Director David Ayer opted to do this over Suicide Squad 2 as well. (Though his experience on Suicide Squad surely made that an easier decision.) Clearly, Smith wanted to work with him again.

A gritty police drama set in a world with fairies, orcs and elves is intriguing, like a supernatural Training Day. Will Smith’s holding a sword at one point. This has to be worth a look based on the premise alone, doesn’t it?