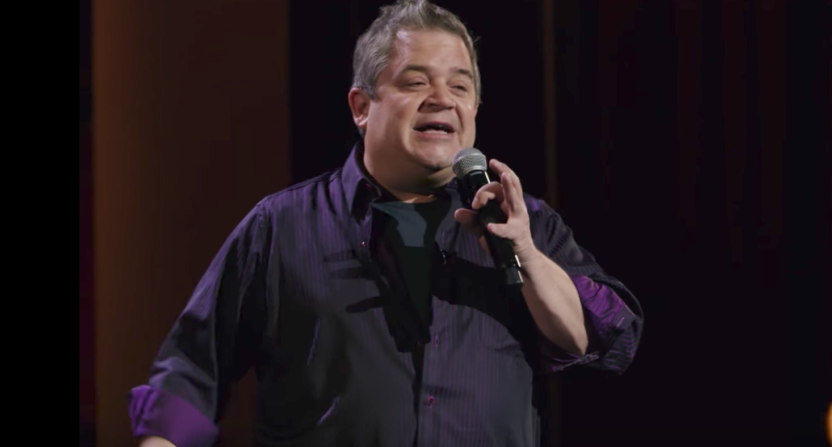 At its best, comedy is therapy. Sure, sometimes just making fun of something is funny. Or even outlandish behavior and language is enough to compel some laughs.

But the best comedy helps us make sense of the world by pointing out its absurdities. It truly resonates when reflecting our own experiences, giving us something to relate to. There’s a relief in knowing that someone else went through the same stuff and was able to articulate it, finding the humor in something that may not have been initially funny. But some distance helps the emotional process of coping. And at that point, maybe we’re able to laugh.

Sometimes, this applies more to the comedian writing and performing the jokes than the audience listening to a particular routine. That truly seems to be the case for Patton Oswalt in his new Netflix stand-up special, Annihilation. Oswalt’s wife, Michelle, died approximately a year-and-a-half ago, the tragedy made all the more shocking by its sudden nature. She was in the midst of a promising career as a true-crime writer, and apparently in good health. But a combination of medications, in addition to an undiagnosed heart condition, proved unfortunately fatal.

Certainly, anyone experiencing such a tragedy would engender sympathy and condolences. But Oswalt has long been a beloved figure, not just for his comedy and unashamed love of geek culture, but for his willingness to share his life with fans through social media, essays and, of course, his stand-up material. Many of us have seen him become a husband and father because of that, which provided the sad news with an extra punch to the gut.

Many of Oswalt’s fans may watch the special just to see how he’s doing. Getting back on stage and performing again was seemingly a sign that he was recovering. But maybe not. What if his loss had deeply affected his comedy? Would Annihilation be uncomfortable to watch, either in terms of the material or a sense that maybe Oswalt would never be the same comedian again (as selfish and insensitive as that might sound)?

Above all, what is he going to talk about? Would he address the events in his life? He’d have to, right? That’s where his comedy comes from. To not talk about what he’s been through would leave a giant pink elephant behind him on stage.

So if that’s your main question going into this, yes, Oswalt goes into his wife’s death and the aftermath of that tragedy, particularly in helping their daughter cope with the loss. For some, it might be uncomfortable to listen to, but it’s also extremely poignant. Even if you haven’t lost a loved one yourself, or lost someone as close as a wife, you can see Oswalt’s pain. His voice slightly breaks as he tells some of these stories, along with his wife’s wisdom. (Director Bobcat Goldthwait briefly shows some shots of the crowd, and some are wiping away tears. Thankfully, he doesn’t cut to the audience very much during that part of the show.) 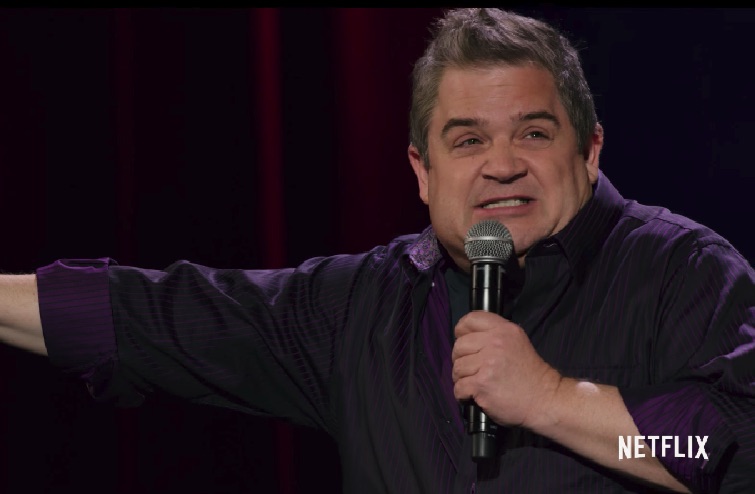 But Oswalt doesn’t jump into that right away. He begins his set with what you would almost expect any comedian to talk about these days: President Donald Trump. If you follow Oswalt on social media, that’s probably not a surprise. But he still captures the sense of bewilderment that pervades a good chunk of this country. How did this happen? He also acknowledges that eight years of the Obama administration probably blinded us to what else was going on, and the Trump presidency is a direct response to that.

Oswalt then tells a funny story about looking into his ancestry through 23andme.com, and the seemingly ridiculous results that his DNA sample revealed. That somehow leads into talking about fighting and a memorable scrap that he witnessed outside a bar and concert venue on the Sunset Strip. And at one point, he talks to a few people in the front row and pokes fun at their occupations.

Eventually, however, Oswalt admits that those stories were just a way of settling in. “I’m just killing time,” he says. “The next section is very hard for me to get into.” It’s not a hard left turn, but still something of an uneasy transition. Yet how could it possibly be easy? Surely, virtually everyone in the audience at the Athenaeum Theatre in Chicago and those of us watching on Netflix know that Oswalt lost his wife and take a deep breath as he finds the strength to talk about his experiences.

We all grieve in different ways and people don’t always approach those who have suffered loss in the most tactful manner, even if their intent is kind. It’s obviously not easy, and there are few wrong ways of coping or consoling. For Oswalt, sharing what he’s been through and finding the comedy in those moments is surely therapeutic and hopefully healing. He certainly seems grateful that we’re all there to listen. And after all the joy he’s given us with albums and specials like Werewolves and Lollipops, My Weakness is Strong and The Finest Hour, listening feels like the least we could do.