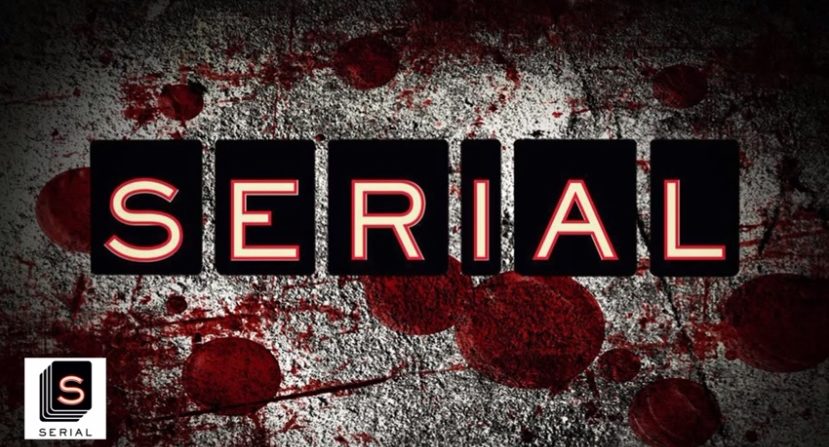 You don’t have to be a subscriber to Blue Apron or MeUndies to know that podcasting has officially become a mainstay of American pop culture in 2017.

According to recent studies, 24 percent of Americans 12 or older listen to at least one podcast monthly. That’s not the kind of numbers the television or movie industry get but it’s been a staggering ascent for a medium that didn’t really exist two decades ago.

As interest in podcasts has grown, so has interest by talented creators and storytellers to make them. Whether it’s the popular crime drama genre or the fanatically followed audio drama genre, certain podcasts and their creators have transcended the space in your ear for a place in the popular culture. Those rare audio experiences that are able to tap into an audience beyond the devoted core are starting to see a special bonus for their efforts.

The move from a podcast network to a TV network.

As networks and subscription services battle it out for the next Game of Thrones or Handmaid’s Tale, they’ve found fertile ground in the world of podcasts. Shows that come pre-packaged with clear throughlines and devoted followings are easy asks for TV networks who want something close to a sure thing from their next roll of the dice.

What’s really interesting is that it’s hard to pinpoint exactly the kind of podcast that could end up being turned into a TV show. Maybe that’s a good thing because it means networks and services are interested in throwing a lot of ideas against the wall to see what sticks. Let’s take a look at what’s sticking already.

In some people’s minds, Serial might as well have been the very first podcast ever made. It wasn’t, but it was certainly the first podcast many people ever actually took the time to listen to. The first season, in which This American Life‘s Sarah Koenig dove into the details behind the murder of Hae Min Lee and whether or not convicted killer Adnan Syed had actually done it, broke all the download records and became a thinkpiece treasure trove. Fox bought the rights to turn it into a TV show that would follow the making of the podcast as they attempt to find the truth behind a similar case (it won’t be a rehash of the actual podcast). Christopher Miller and Phil Lord, a.k.a. The guys no longer directing the Han Solo movie, are running the show.

Not to be confused with the Martin Freeman show of the same name, StartUp will be the story of Alex Schulman (Zach Braff), a radio journalist who quits his stable job to start a podcast company. If that sounds familiar it’s because it was the initial premise of the podcast StartUp, created by Alex Blumberg, a radio journalist who quit his stable job with This American Life to start Gimlet Media, a podcasting company. The podcast was a very inside look at how Blumberg went from producer to CEO and all of the pitfalls and near-misses along the way. In retrospect, it ended up as a perfect setup for a sitcom, which is why it’ll be on ABC this year.

The setup for Lore is pretty simple. Almost too simple. Each episode, host Aaron Mahnke dives into the stories and mythology that have spooked and scared us for generations. His dulcet voice undercuts the disturbing imagery he presents without removing its bite. Amazon snapped up the podcast and has turned it into an anthology series that’s been described as a horror version of Black Mirror. Mahnke remains as the narrator but many of his tales will be dramatized. You might recognize some of the actors involved and you’ll certainly want to keep some lights on while watching.

Startup isn’t Gimlet Media’s only podcast-turned-TV show. This audio drama arrived with a star-studded cast including Catherine Keener, Oscar Isaac, and David Schwimmer. Its success proved that Hollywood talent shouldn’t stay away from the genre and interest has only increased since then. Amazon is turning the gripping drama about soldiers suffering from PTSD and the secret experiment they’re involved with into a TV show and they’ve apparently persuaded Julia Roberts to take over Keener’s role. While fans of the podcast grumble that Keener (presumably) won’t be involved, it bodes well for the quality of the show version.

Crime stories and audio dramas make for obvious transitions to the TV screen, but what about podcasts that involve two people talking? Those can be turned into a TV show, too. Throwing Shade made the easy transition thanks to the affability and charm of its two hosts, Erin Gibson and Bryan Safi. The show, which takes a humorous-but-biting look at the worlds of women’s rights, LGBTQ rights, progressive politics and pop culture premiered on TV Land in January.

In a similar vein and style, 2 Dope Queens, hosted by Phoebe Robinson and Jessica Williams, is going to HBO where it’ll be turned into four hour-long specials. The show, which mixes storytelling and stand-up from the point of view of female and LGBTQ comedians, has been a breakout hit and fits perfectly into the pay cable’s lineup of strong, late-night voices.

The creators of the hugely successful Welcome to Night Vale have been backing other audio dramas in recent years and Alice Isn’t Dead might be considered a sneaky breakout hit among them. A truck driver (Fringe’s Jasika Nicole) searches America for the wife she presumed was dead. She’s also being hunted (or is she the one hunting?) by a strange creature known as The Thistle Man, who is right out of a Stephen King novel. That’s just the tip of the iceberg for this serialized story that’s perfect for TV. So much so, USA Network recently bought the rights and will adapt it. Hopefully, Nicole gets the TV role as her narration is the lifeblood of the show.