Thanksgiving Weekend means gathering around the table with family and friends, sharing stories of yesteryear and answering never-ending questions from your relatives about the things you’re doing, and not doing, with your life. In theory, that sounds fine. But in practice, it might just be torture.

If any of those things or true, or you’re just looking for something to kill the time on the commute to mom’s house and back, Thanksgiving Weekend is the perfect time to binge a podcast or three. We’re talking about the limited series shows and audio dramas that you’ve been keeping on the backburner because you want to make sure you’ve got the time to burn through the five hours of content therein.

If you need some help picking podcasts to add to your holiday binge rotation, here are five worth considering.

Perhaps you’ve heard of an urban legend of an 80s video game with no labels that randomly shows up in arcades and anyone who plays it disappears. That’s the gist of The Polybius Conspiracy, a seven-episode series that tracks the story of two men who supposedly got wrapped up in playing this mysterious game during their Pacific Northwest childhoods.

Just a heads-up, TPC is an audio drama, it’s not actually real. (Or is it?) However, it certainly sounds authentic, like a much spookier version of This American Life. You’ll get sucked into the mystery of the story pretty quickly, especially if you’re looking to scratch that nostalgia itch left behind by the latest season of Stranger Things. 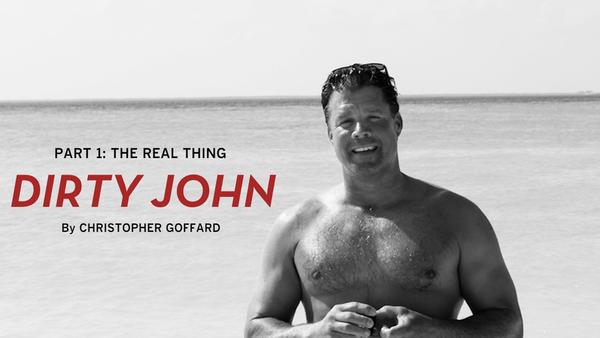 If you’d prefer to binge a crazy story that actually happened, you might consider the latest true crime podcast hit series, Dirty John. This six-part series is a collaboration between Wondery and the Los Angeles Times, and details the story of “Dirty John” Meehan, a nefarious grifter who weaseled his way into the life of Orange County divorceé Debra Newell Stewart and caused a tornado of drama and pain.

While this isn’t the most shocking true crime story you’ve ever heard, it’s a fascinating dive into just how in the world this creep managed to swindle a smart, successful businesswoman and almost tear apart her family irreparably. If you need an extra hook, you might be surprised to find out that The Walking Dead ends up playing a prominent role in the conclusion of the story, which sounds even stranger once you start listening to the series. 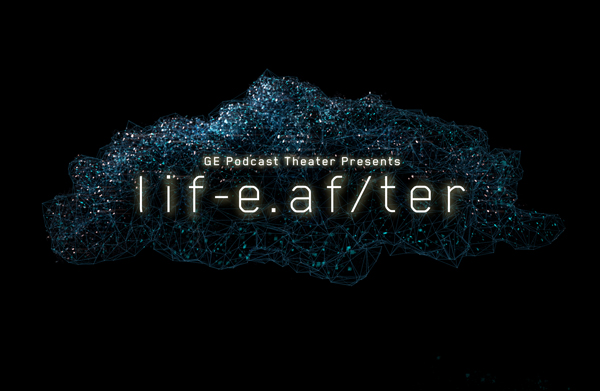 Mac Rogers has quickly cemented his place as one of the top storytellers in the world of audio drama podcasts. His debut show The Message was a thrilling Twilight Zone-meets-Serial story about a mysterious alien signal and the team trying to decode it before it kills them. His latest podcast, Steal The Stars, is a fun and exciting tale about forbidden love, crashed UFOs, and stolen aliens.

The series in the middle, LifeAfter, is the one that sticks with us the most. In that 10-part audio drama, a social media app that allows people to leave voice messages online becomes a heart-stopping mystery that meditates on grief and the risks we’ll take to hold on to nostalgia. It’s a prescient story that blends humor, scares, and what-the-heck-is-happening storytelling in a great way. 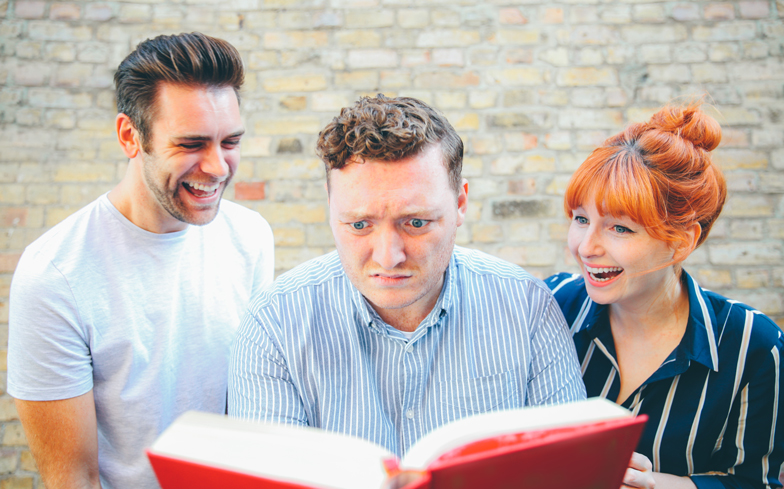 We understand that you might want to steer clear of this one if only to avoid the inevitable concerned looks and awkward conversations that will pop up if your Dad glances over at your phone and sees the name of this show. However, please know it is worth the risk because we’ll happily make the case that this is, at times, the funniest podcast on the planet.

You will be the weirdo on the train smiling and laughing to themselves while everyone wonders what you’re listening to. The show recently wrapped its third season but you’ll want to start at the beginning for the full experience. You’ll catch up in no time.

In the world of podcasting, a show that hasn’t produced an episode since 2015 is basically a relic from a bygone era. However, that doesn’t mean Mystery Show isn’t a mystery worth knowing (or revisiting). The six-episode series hosted by This American Life alum Starlee Kine was dedicated to solving the kind of mysteries that just couldn’t be solved by conventional means.

Mysteries varied widely in scope and scale, from a woman unable to return a movie to a video story because it disappeared to the truth about Jake Gyllenhaal’s height to the source of a whimsical belt buckle. The show ended abruptly over never-fully-explained differences between Kine and Gimlet Media.

There are dozens of good podcasts that basically ape this model (including one or two at Gimlet…), but Mystery Show remains the standard-bearer.