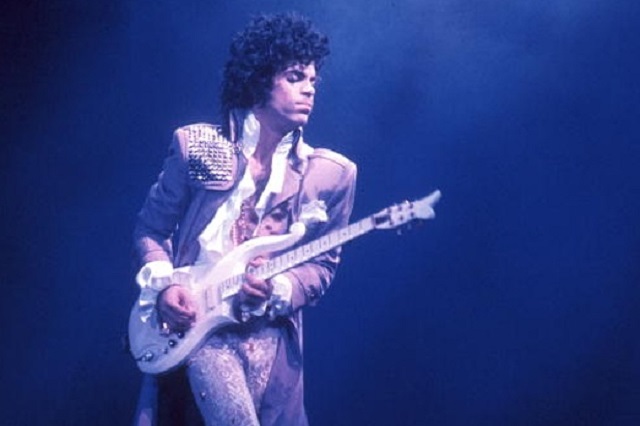 The music world and pop culture were dealt yet another blow this year with the shocking news that Prince died on Thursday morning at his Minneapolis home, Paisley Park. His death at the age of 57 occurred just days following his release from a hospital after his plane made an emergency landing at Quad Cities International Airport in Illinois, hours after what would be his final concert in Atlanta.

During a career spanning 40 years, 39 studio albums, and countless scared parents, Prince became an icon. His musical influence crossed demographics like few musicians ever have with an insanely cool mixture of R&B, funk, dance, and rock n’ roll. For all of the ink spent writing about his appearance or overtly sexual lyrics, many missed the fact that Prince was also an extremely talented musician and songwriter.

And like most talented, successful people, Prince had his own fair share of idiosyncrasies. In the hours after his death, social media was filled with people, both famous and not, relaying their favorite stories about the “Purple One.” Many of these stories have been floating around the internet for years, and as we grieve by listening to or watching Purple Rain, here is a collection of just a few of the best anecdotes about Prince:

** In 1985, a group of music’s biggest names gathered to record “We Are The World” with the notable exception of Prince. He was supposed to sing the line “But if you just believe, there’s no way we can fall,” but in his absence, that line (at the 2:48 mark) went to Huey Lewis. So where was Prince? In Alan Light’s book, Let’s Go Crazy, Revolution guitarist Wendy Melvoin told Light that Prince hated the song and didn’t want to be around “all those muthafukas.” Instead, Prince went to a Sunset Boulevard club where his bodyguard ended up in jail after a fight. Saturday Night Live parodied the story with Billy Crystal portraying Prince and Mr. T and Hulk Hogan appearing as his bodyguards.

** After the WNBA’s Minnesota Lynx won that league’s championship last October, Prince invited the team and staff to Paisley Park where he performed a three-hour concert for about 150 people. His love of sports was also apparent in a recent visit to a Golden State Warriors game, and a song he personally recorded for the Minnesota Vikings, “Purple and Gold.”

** When Charlie Murphy shared a story about visiting Prince’s house and losing a pickup basketball game on a 2004 episode of Chappelle’s Show, the sketch became an instant classic and Prince reached a whole new audience. A few years later, Prince confirmed the story and released a single, “Breakfast Can Wait,” complete with Dave Chappelle in his Prince attire as the cover art: 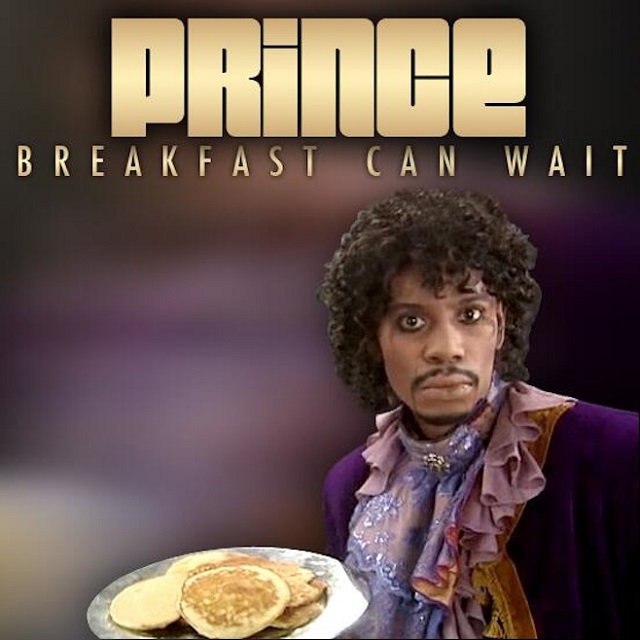 ** In season two of New Girl, the writers were hoping that Cece (Hannah Simone) could reveal that she lost her virginity to Prince. But his management said that while he was a fan of the show, he was too busy to make an appearance at the time. A year later, his management reached out to New Girl executive producer Liz Meriweather, and he appeared on the post-Super Bowl episode in 2014. Prince himself had the idea of giving Jess (Zooey Deschanel) an external and internal makeover, and pitched it to the writers.

** Prince had a massive collection of unreleased songs almost ensuring that we will be inundated with posthumous releases ala Tupac for years to come. According to a March 2015 article from The Guardian, Paisley Park has an actual vault filled with these recordings, and some of the songs have made their way out of Prince’s compound via friends and girlfriends to the internet.

** In his memoir, Mo’ Meta Blues, The Roots’ Questlove relays a story where he was invited to a party of Prince’s at a roller rink. Prince entered with a briefcase and asked Questlove to leave his phone at coat check:

“When I got back, Prince had the briefcase out on the floor. He clicked the lock and opened it, and took out the strangest, most singular pair of roller skates I had ever seen. They were clear skates that lit up, and the wheels sent a multicolored spark trail into your path.

He took them out and did a big lap around the rink. Man. He could skate like he could sing. I watched him go, so transfixed that I didn’t even notice Eddie Murphy appearing at my arm. ‘I’m going to go get your phone for you,’ he said.”

** After the success of Sinead O’Connor’s version of the Prince-penned “Nothing Compares 2 U” in the early 90s, the diminutive songwriter asked the Irish singer to visit his house. In an interview with Norwegian station NRK, O’Connor stated that Prince told her he didn’t like her swearing in interviews and the two came to blows, with O’Connor leaving the house at “five in the morning.”

** When Purple Rain topped the box office during its first week in release (debuting July 27, 1984), Prince found himself with the No. 1 album, song, and movie in America. “Purple Rain” was actually recorded at a benefit concert at Minneapolis’ First Avenue nightclub, and was the first performance for Wendy Melvoin with the Revolution. Prince crossed over into wider public consciousness with Purple Rain, and never looked back.

** In 2001, Prince became a Jehovah’s Witness, and seemed to take the religion very seriously. So much so that he would sometimes knock on doors in the Minneapolis area looking for converts. In a 2003 story told to the Minneapolis Star-Tribune, a homeowner said that Prince, along with Sly and the Family Stone bassist Larry Graham, spoke with her for about 25 minutes before leaving in a truck driven by a woman with “long black hair” (presumably Prince’s wife).

** Former Grantland writer Steven Hyden’s new book, Your Favorite Band Is Killing Me: What Pop Music Rivalries Reveal About the Meaning of Life, contains a section on the long-running feud between Prince and Michael Jackson. Included is a story of a ping-pong match between the two during Prince’s recording sessions for Under the Cherry Moon. Goaded into playing a match by Prince, Jackson was taunted relentlessly for not “getting into it” until he dropped his paddle, allowing Prince to smash the ping-pong ball into Jackson’s crotch. Game blouses, indeed.