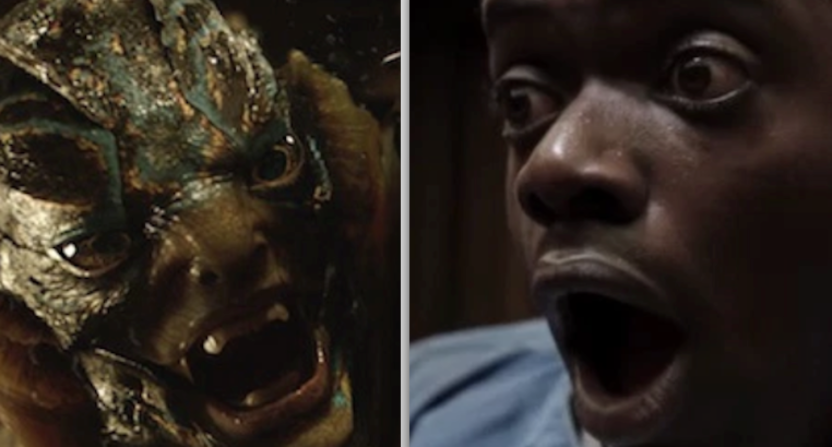 The 90th annual Academy Awards are this Sunday, and the race for Best Picture appears to be wide-open, with no apparent favorite ready to claim the big award. Just getting the announcement right this year will seem like a victory. (How many jokes about that should we expect during the ceremony?)

While there are so many nominees, awards and winners who deserve consideration and will receive affirmation, the Best Picture winner is usually the one that defines a particular year of movies. Will the Academy get this right when there is no obvious front-runner (though maybe a crowd favorite), or will this be an Oscars we look back on in five or 10 years and wish we could do it over again?

The 2018 Best Picture nominees are a good representation of the past year in movies, though a couple of choices might recognize individual performances more than the overall film. Will the Oscars make a statement or pick a winner that feels more status quo?

Others might see it differently, and that’s what makes this fun, but here’s how I rank the nine films nominated for Best Picture (with a couple of self-indulgent notes):

Yes, Gary Oldman was great as Winston Churchill and will get a long overdue Best Actor award for his performance. (Though I would vote for Call Me By Your Name‘s Timothée Chalamet.) But the movie he carries isn’t all that good, compared to the other eight nominees.

The story moves achingly slowly and its incredibility is threatened by a scene in which Churchill interacts with the regular citizenry on the Underground. By itself, it’s an enjoyable scenes, but in a movie that’s presumably trying to be historically accurate, it’s a misstep.

I know I’m in the minority here, but I thought Churchill, released earlier in the year (with Brian Cox playing the title character) was a far more compelling portrayal.

I wouldn’t have expected to rank The Post this low among the nominees when it was seemingly the movie everyone needed to see. Meryl Streep is the heart of the movie as Katharine Graham, while Tom Hanks kind of plays against type as Ben Bradlee. A deep cast full of faces you’ll recognize adds to the overall enjoyment of the film.

But this also frequently feels less like a movie and more of a rallying cry for journalism, freedom of the press and the people’s right to be informed. Rather than a story, it moves along more like a sequence of events. The Post is still very, very good, but as journalism dramas and thrillers go, we won’t be talking about it years from now like All the President’s Men or Spotlight.

When the Oscar nominations were announced, I was surprised at how much love Phantom Thread had received. But with time to think about the movie more, I get it. What’s most compelling about the movie is how many surprises it holds. This is supposedly Daniel Day-Lewis’s final performance as an actor, yet he’s arguably overshadowed by Vicky Krieps (and Lesley Manville).

To me, Phantom Thread is a far more intriguing (and coherent) depiction of the life of an artist than whatever it was that Darren Aronofsky attempted with mother!. I also enjoyed as a commentary on relationships and the power struggles that lie within. Additionally, it’s just a gripping thriller, incorporating paranoia, ego and vulnerability and into its character study.

I feel about Paul Thomas Anderson much the same way I feel about Radiohead: I love the early stuff so much, but I gain appreciation for the later, more ambitious work over time. I may enjoy this one even more over time.

No movie I saw last year made me feel the way Dunkirk did. I was unsettled and jolted many times, but that added to my appreciation of the film. Maybe this isn’t a great movie in the combination of story, photography and performance. But it’s a great piece of filmmaking from Christopher Nolan, experimenting with narrative, sound, and character to tell a very different sort of war story.

I’m not sure any scene stirred me more than the arrival of the civilian boats late in the film. It was everything Nolan presumably wanted to say with this movie and accomplished its objective beautifully.

I went into Call Me By Your Name ready to be contrarian. So many critics and movie writers had it among their top films of the year, if not atop those lists. By the time it was released where I live, it felt as if everyone else had already seen it. I don’t enjoy going into a film thinking, “Oh, it can’t possibly that good.” (Someday, I’m going to live in a place or have the professional standing where I get to see to see movies like this earlier.)

But none of that has anything to do with a movie itself. And it did not take long for Luca Guadagnino’s gorgeous visuals of Italy to pull me in. That is a place I need to visit — and soon. But the coming-of-age story of Elio (Timothée Chalamet, who should win Best Actor), a brilliant kid who makes a connection we should all be so lucky to experience (one for which his father, played by Michael Stuhlbarg, expresses his envy in a wonderful scene) is something everyone should be able to relate to.

Also, the final scene which the credits play over is the best of its kind since Michael Clayton. Without saying a word, Chalamet’s facial expressions say everything. You can’t stop watching.

Movies give you so many reasons to love them. Maybe it’s watching a spectacle you never could’ve imagined. Perhaps it’s a beloved story or fantasy come to life. It could be watching an experience similar to yours depicted on screen. Sometimes, it’s just the joy that comes from watching great actors perform, acting out sharp, witty dialogue that sounds like the stuff you always wish you’d say in real life.

At this point, I’d watch Saoirse Ronan in anything. Laurie Metcalf may have the most touching scene in any movie made last year (and certainly among this year’s Oscar nominees). (Even Tracy Letts is great as the cool dad many of us probably wish we had.) And Greta Gerwig was already an actress worth watching, but has become a writing and directing rock star with this coming-of-age story that feels like more than that.

I wish I would’ve seen this movie with my mother and sister. Maybe I’ll watch it with them someday. I think all of us would understand each other a little bit better after seeing Lady Bird.

It would be really, really cool if Get Out won Best Picture. Unlike my colleague Michael Grant, I don’t think it should. I enjoyed other films more, I thought a few were better. Winning Best Picture would be great for the Oscars, however. Too many people think the Academy Awards honor movies that they don’t see. Get Out winning would change that.

But Get Out is subversively the sort of movie that we often associate with winning Oscars. It has a message, astutely comments on our culture (especially its casual — and outright — racism), as genre fiction can do so well, and demonstrates what great filmmaking is capable of accomplishing. No, there’s not an obvious Oscar-caliber performance in the film, but that’s part of what makes it so appealing. This isn’t a “For Your Consideration” movie.

In a year when no nominee seems to be the front-runner, maybe the movie that more people responded to, which more people saw, should be the one that best represents the movies of 2017. It would also shake an institution that needs shaking up, and that’s always fun to see. 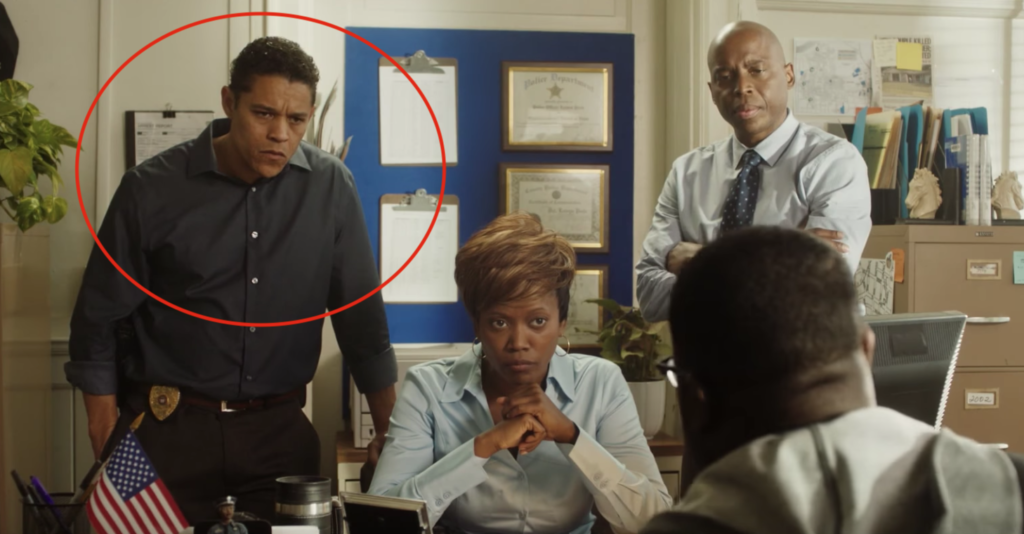 Also, I’d enjoy knowing a Best Picture had someone named Ian Casselberry (my man!) in it.

Most years, Three Billboards might be the favorite. It has three nominated performances, led by a critical darling in Frances McDormand. (I’m surprised how much acclaim Sam Rockwell’s performance is getting, though.) A movie led by a vengeful woman who feels wronged by the world might seem particularly resonant with what’s happened in our culture during the past five or six months.

Some don’t like the characters that the story attempts to redeem, nor the misguided sense of justice it apparently justifies. But I love how this movie plays with expectations, presenting itself as a quirky, Coen brothers-like tale of small-town life, only to shock you with dark turns and unlikable characters that also make you sympathize with them. I love how it explores grief and how we cope in different ways.

(I might also be a little biased because it would be cool for a movie largely filmed one hour away from where I live to win Best Picture. I could visit “Ebbing, Missouri” any time I’d like.)

1. The Shape of Water

I realize it’s not much of a surprise for The Shape of Water to top these rankings. While it’s not a prohibitive favorite, it still feels like the front-runner despite not generating the sort of buzz and momentum you’d normally expect for a Best Picture winner. Guillermo Del Toro’s fantasy may also be the safe choice, which is a hell of a thing to say for a movie about a woman who falls in love with a humanoid fish, both opposing an evil government bent on destroying what it doesn’t understand.

But Del Toro’s story is also a poignant portrayal of loneliness and how much it means to find one person, one thing that makes you feel as if you’re not alone in what can be such a cruel, unyielding world. The movie includes beautiful performances from Sally Hawkins (who should win Best Actress) and Richard Jenkins. And all of this takes place in a magnificent world that probably could have only come from Del Toro’s mind because it pays tribute to everything that he loves.

In terms of story, acting, character, set design, cinematography and music, The Shape of Water incorporates the best of everything that makes a movie special. It works on every level. And yes, I think it’s the Best Picture of the year.