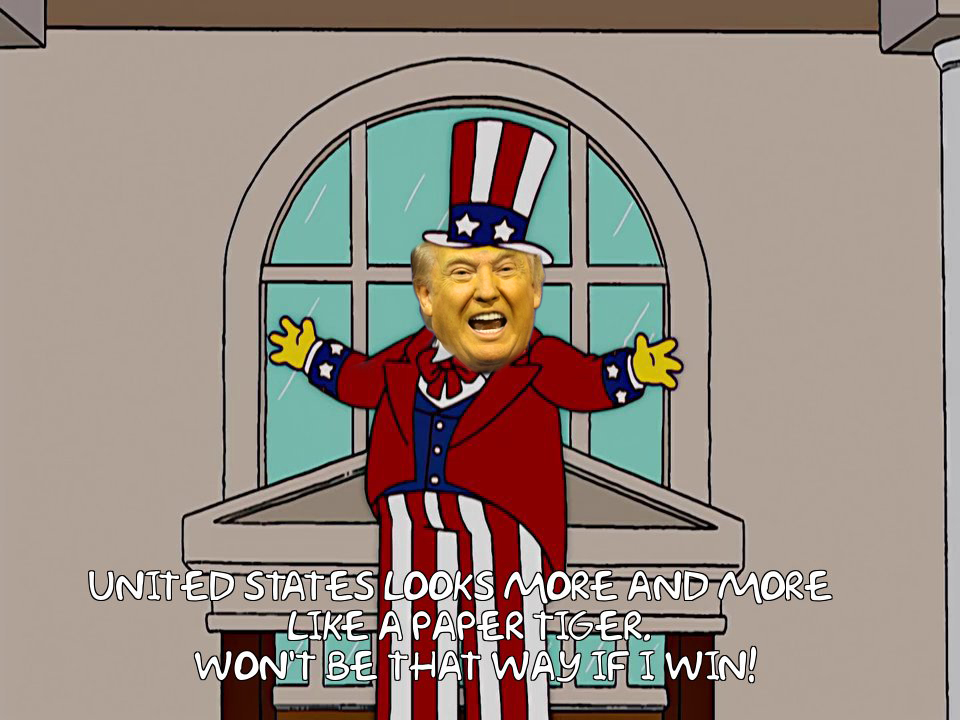 Donald Trump, with all his public warts, is still one of the favorites to earn the GOP nomination for President of the United States as primary season heads officially (finally) to New Hampshire. Through the years—from real estate mogul to NBC reality star to White House hopeful—Trump has become increasingly outspoken, to the point of hilarity. His Twitter feed has long been a way for Trump to both entertain his followers and destroy his enemies, both of which are amazingly robust in number. Trump is comically polarizing—a cartoon character of a man. Which got us thinking.

With the website Frinkiac.com allowing fans of the Simpsons—comically polarizing in its own right over the years—to post a meme using any scene in the show’s long history, what if we re-wrote the Simpsons using only Tweets and quotes from Donald Trump? (Note: we did!) 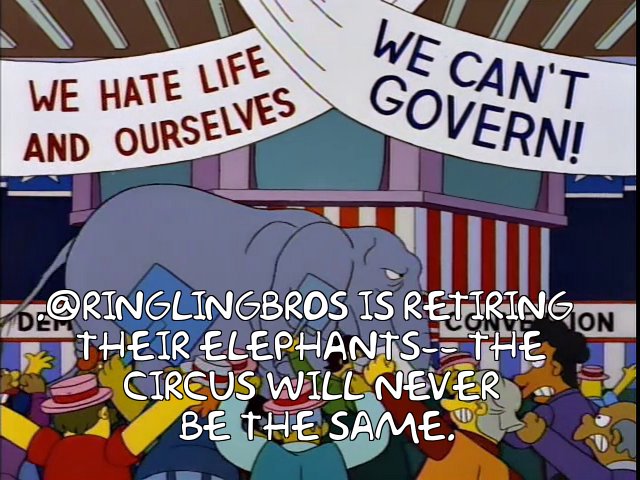 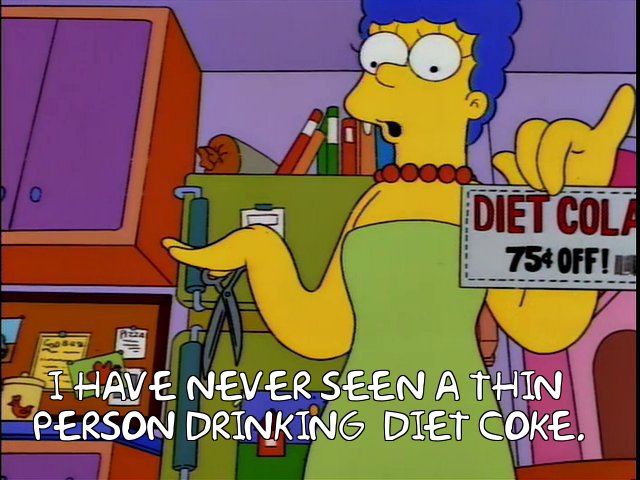 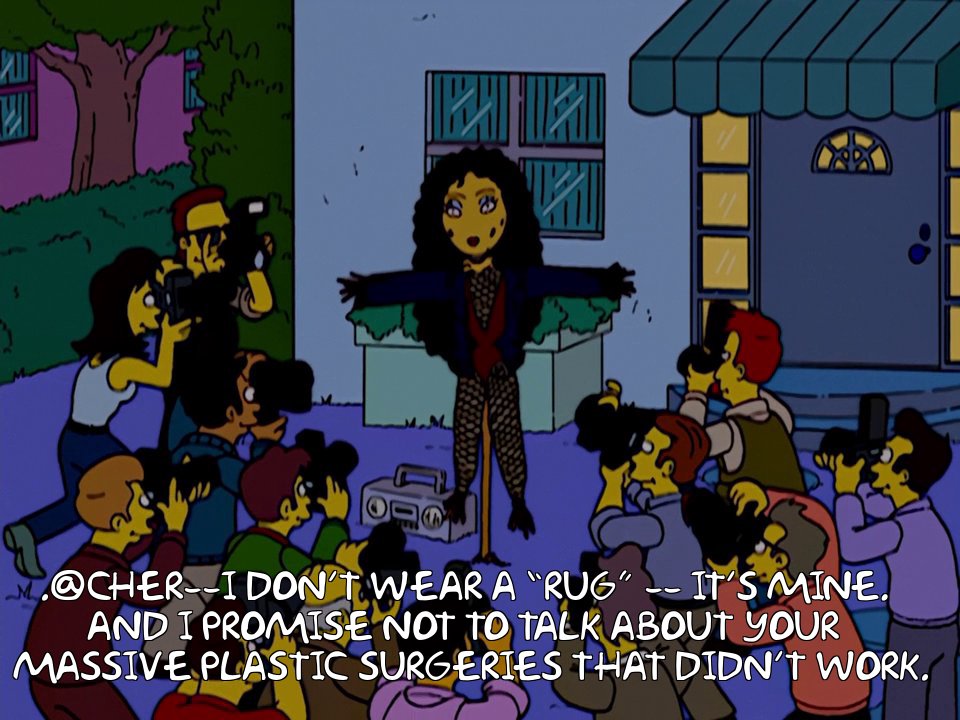 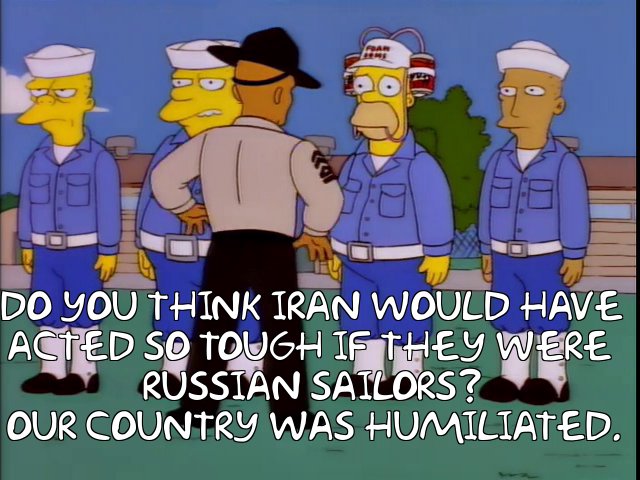 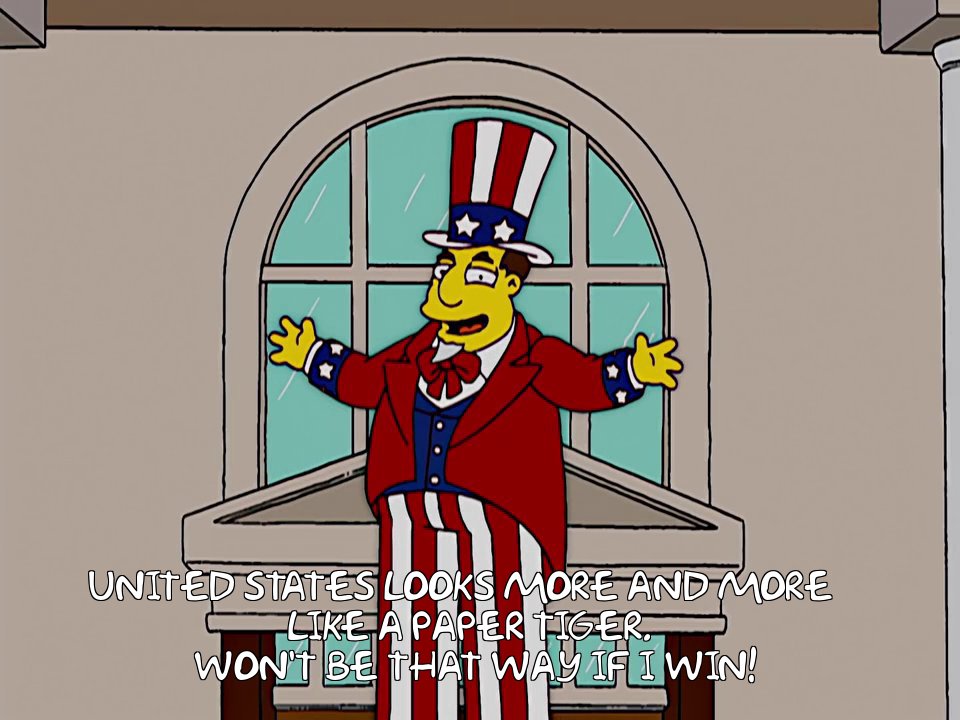 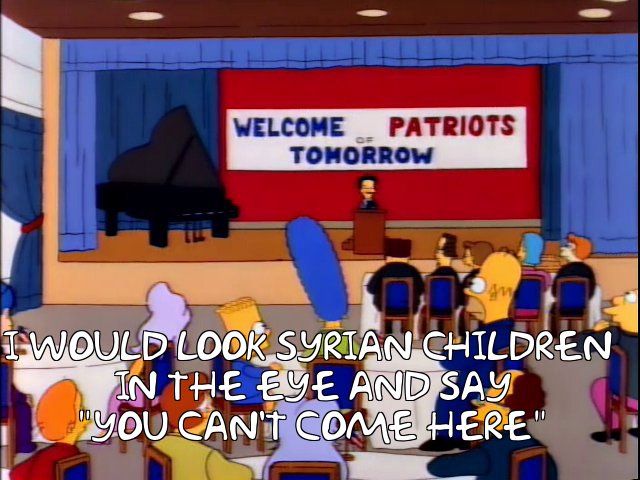 Trump in (and vs.) the media 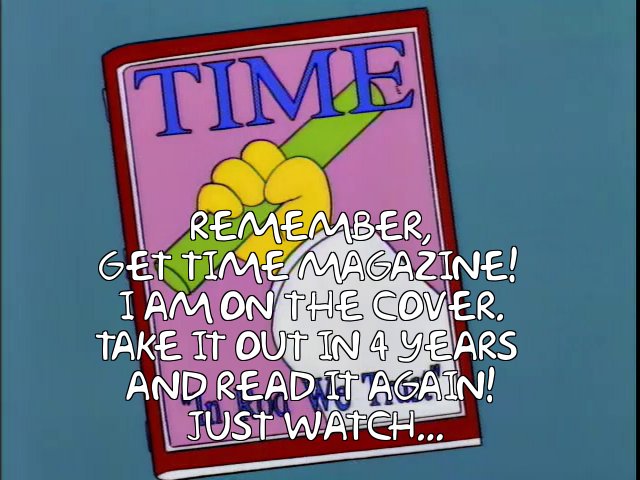 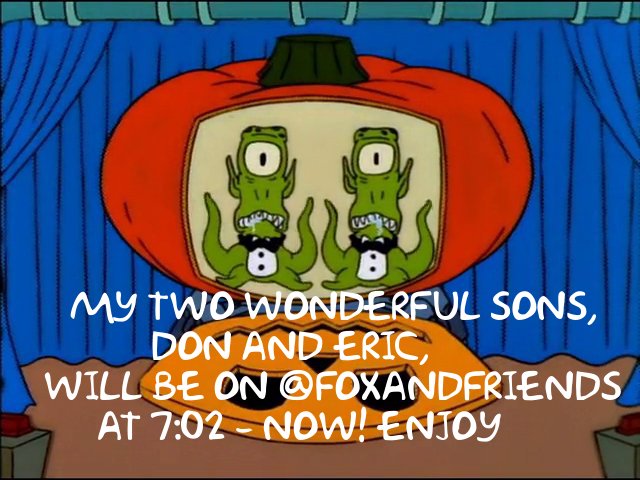 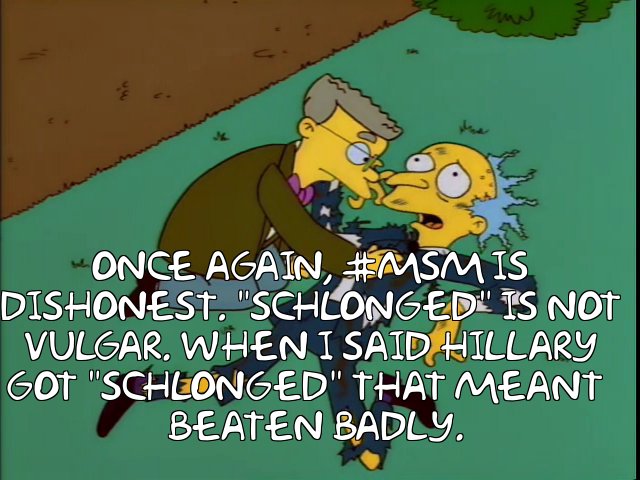 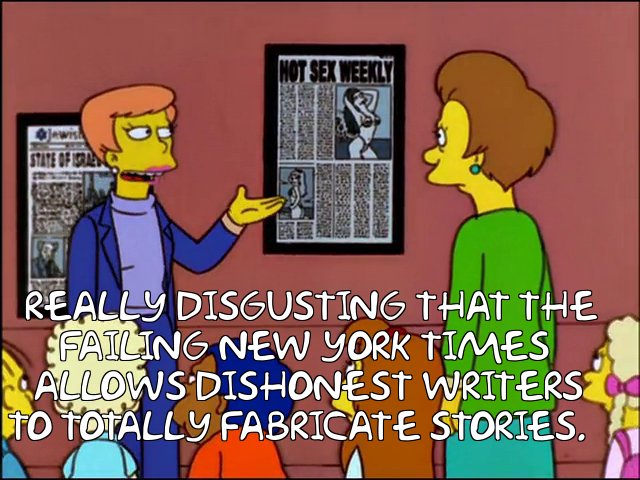 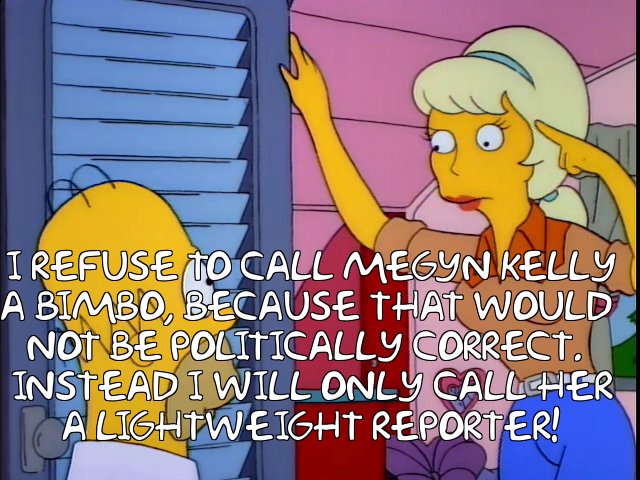 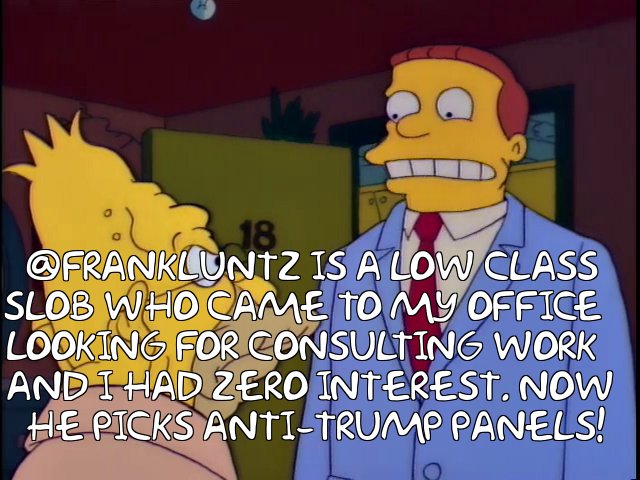 Trump on his opponents 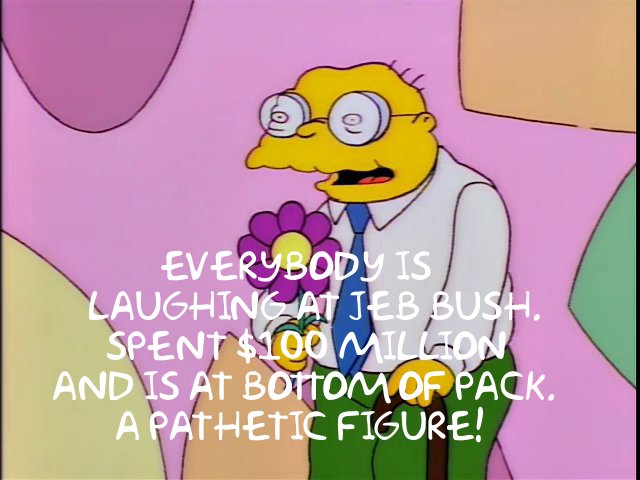 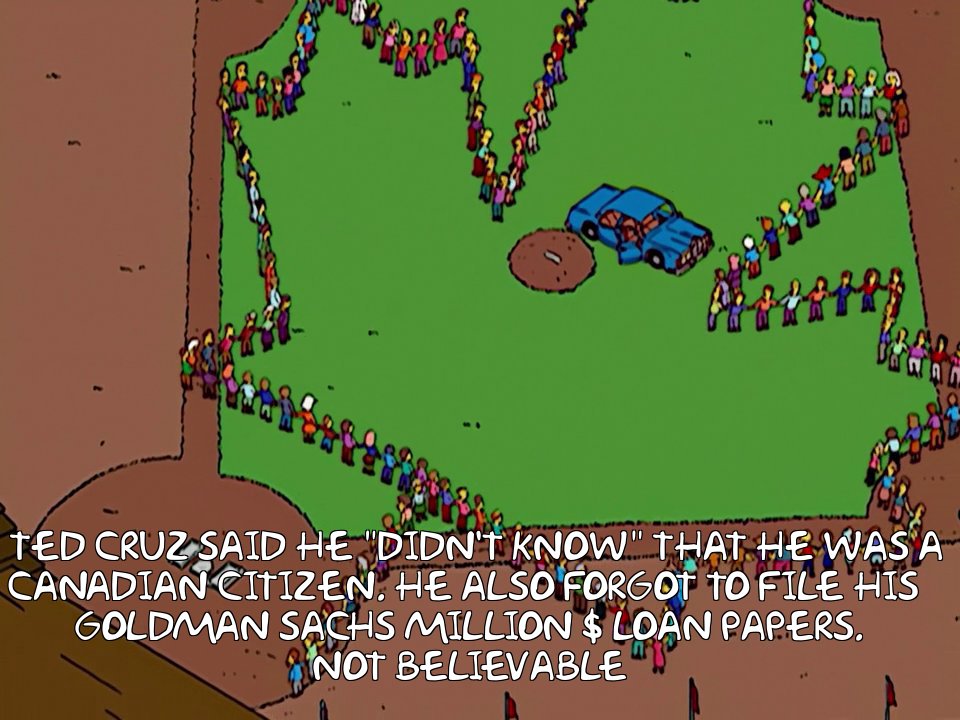 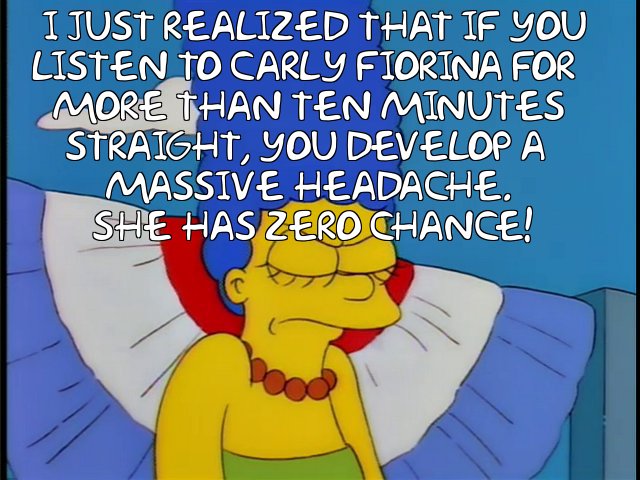 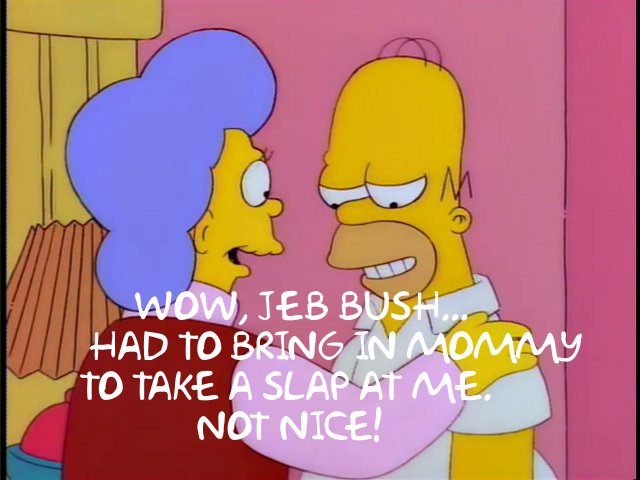 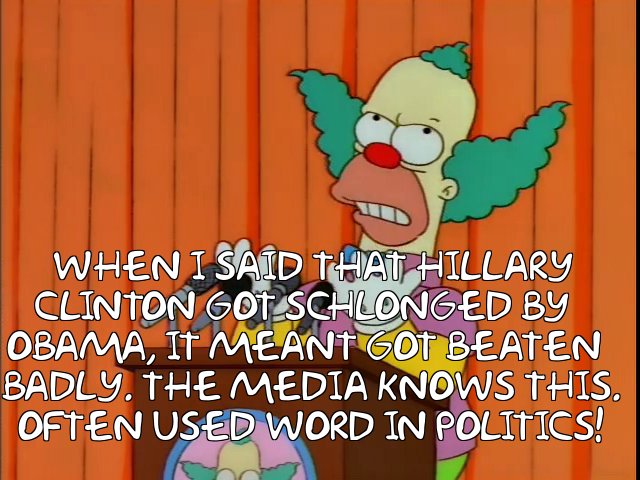 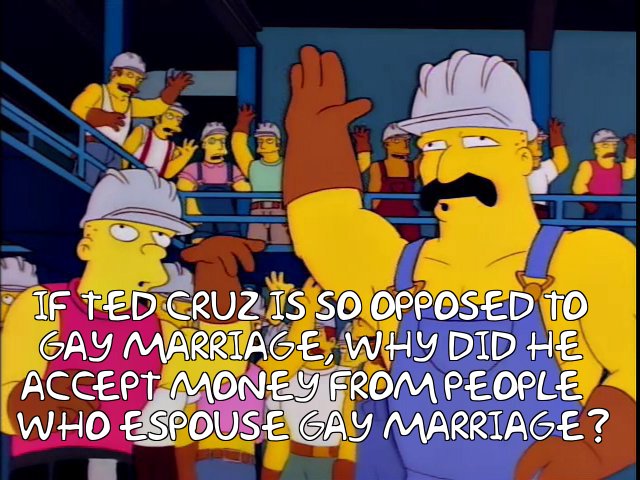 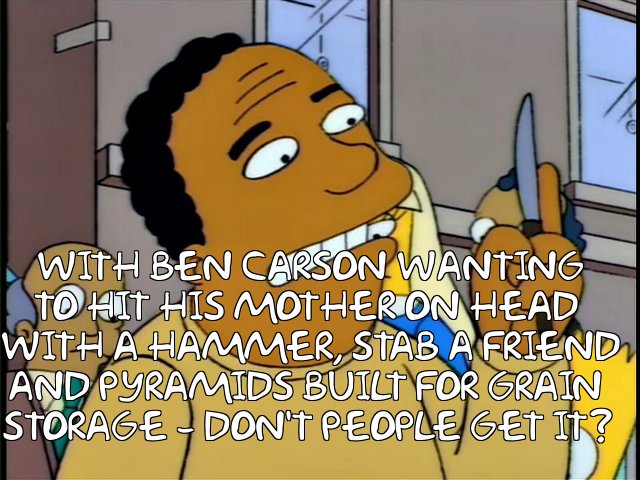 Trump on the Losers and Haters 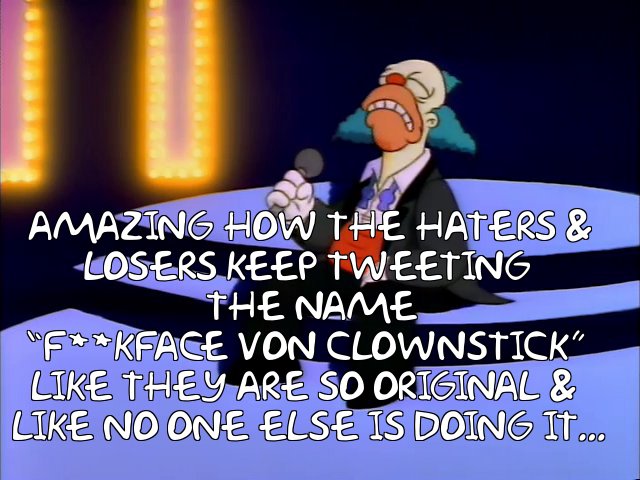 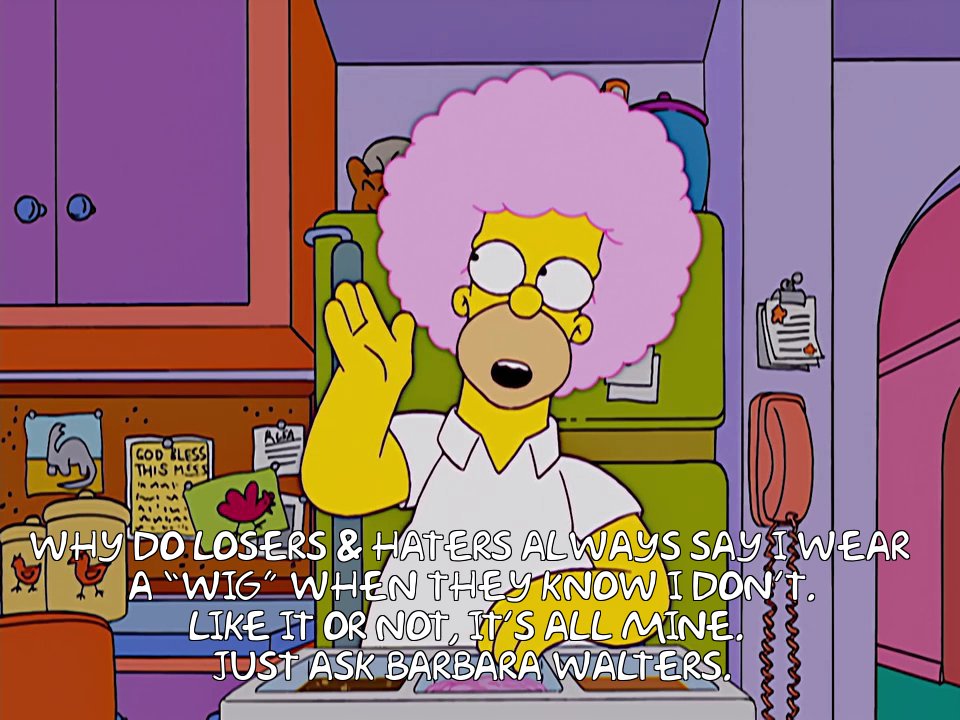 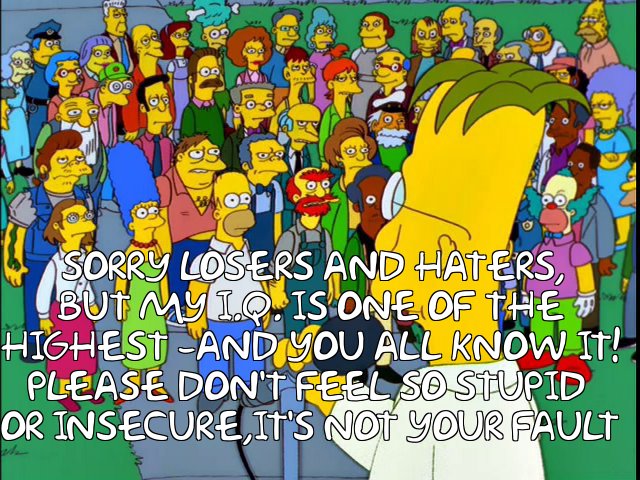 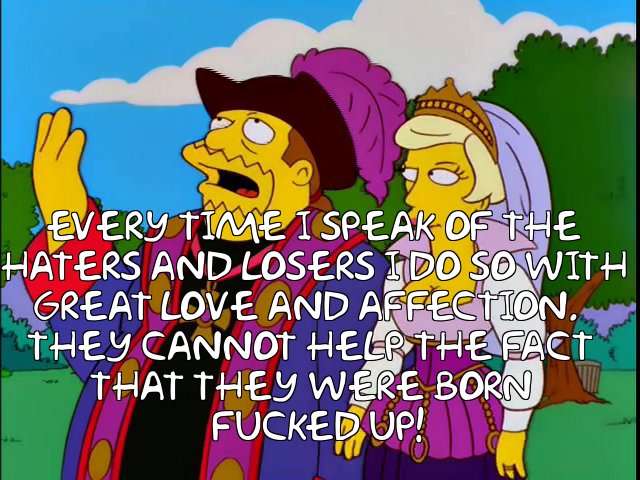 Trump on the value of social media 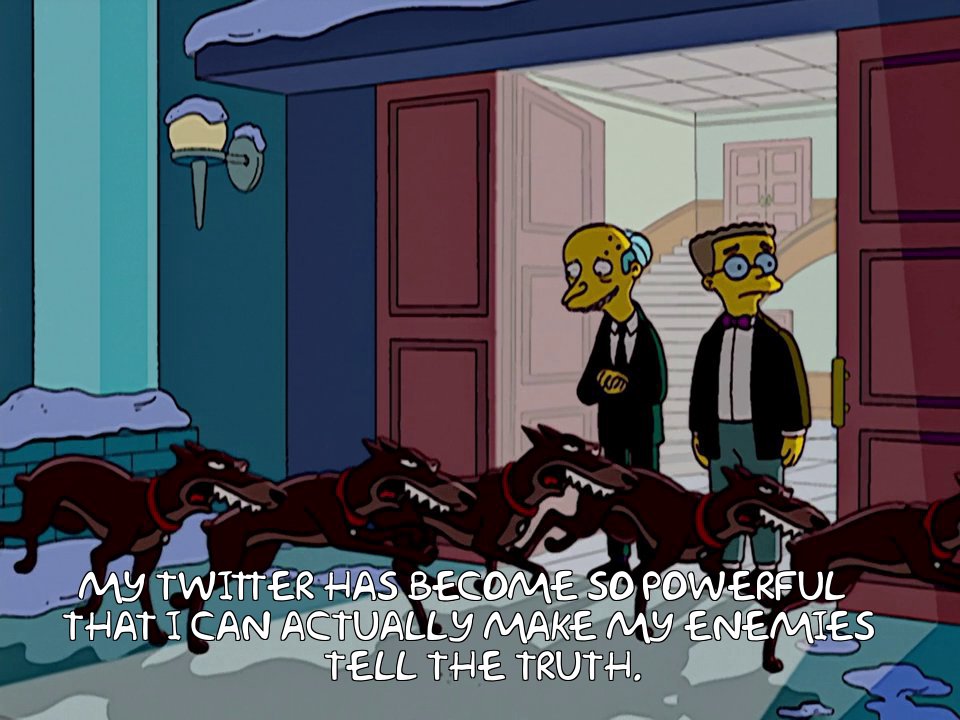