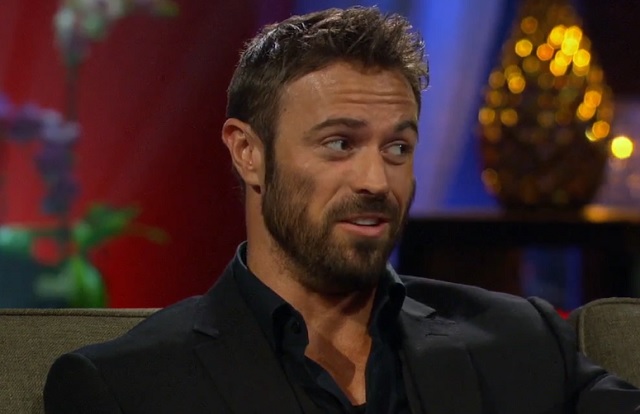 It’s Chris Harrison’s favorite time of year. For two hours during every season of The Bachelor and The Bachelorette, Harrison gets to go full-on therapist.

“How did it feel,” he’ll ask contestants after replaying videos of them crying following a break-up. Never mind that in nearly every one of those clips, the contestants explain exactly how they’re feeling. Nothing will keep Harrison from probing. This, after all, is his time to shine.

“Why did you hold back?” Harrison asked a still-despondent Luke after watching a compilation of Luke’s “relationship” (and, man, do I HATE how they toss around that word) with JoJo.

“I don’t know,” Luke said. “Maybe because I’ve only spent like four total days with JoJo and felt weird saying ‘I love you.'” OK, that’s not what he said, but wouldn’t that have been a great answer?

Anyway, this season’s Tell All episode was kind of a bore. We got to see Luke act as a wet blanket. We got to witness Chase pretend that he wasn’t pissed at JoJo for, as he said on Monday night, “essentially pulling his pants down and kicking him in the groin.”

And we got a whole lot of Chad. Yep, The Chad was brought back, and he was more entertaining than ever. Not quite enough to salvage the episode, but enough to provide some entertaining moments.

With that being said, let’s hand out some awards.

Duh! I mean, look how he spent his time pre-taping.

We’ll get to Chad’s shenanigans in a second, but first let me say this: As crazy as Chad is — I genuinely believe he’s an insane ‘roid rager and not just putting an act — I actually believe most of what he says, at least when it comes to the behind-the-scenes stuff.

So was it cool of Chad to search out Robby and Grant’s ex-girlfriends after the show?

Mr. Steal Yo Girl 😎 Don’t sneak around your producer girlfriends back and use her to make connections to get on a reality show, bud. @jen.not.jenn

Of course not. As for the information he was tweeting out Monday night…

Grants ex Jen got offered to work on #TheBachelorette. He begged her not to take the job. Secured his position on the show. Then broke up.

Well, that seems like a strange thing to make up. Also, I wouldn’t put any of this past a man who thinks reality TV is the best place to find a future wife.

Chad spent the entire evening doubling down on his persona and coming after the rest of the guys.

“Hold on a sec, Daryl,” he said at one point. He was talking to Grant.

“Robbie broke up with his girlfriend two days before shooting and Jordan is a lying cheater whose own older brother won’t even talk to him,” he said to JoJo later on after Harrison brought up the upcoming season finale.

He talked about wishing he’d actually punched some of the fellas in the house. He threatened to spill some James Taylor dirt.

The dude’s clearly a crazy person. But I’m cool with some crazy in my Bachelor/ette universe as long as said crazy person uses his crazy for good — in this case, exposing these tools for the narcissists that they are.

…and hopefully not the matches.

Remember this fun little altercation? You know, the time Evan lost a beloved shirt (clearly one that he was very fond of)?

What… what is happening on the @BacheloretteABC!? #TheBachelorette https://t.co/JKJVhVUWU0

So it turns out Evan was actually the one who started things that day. Not only did he come after Chad during his poor stand-up comedy routine (it was more “Chad takes steroids” than jokes about Chad taking steroids), but it turns out, he pushed Chad BEFORE Chad ripped his shirt.

How do we know? To kind-of-quote Warner Wolf: We went to the video tape.

No, seriously, Harrison played back a clip of the altercation, then showed it in slow motion. (After all, this is serious stuff.) The evidence was clear. Evan pushed Chad first.

God, this show is so stupid.

Anyway, the camera then cut to Evan, who was asked by Harrison if he had anything to add.

“Can we show it again,” he muttered, clearly shaken.

The lesson of all this? Don’t trust anyone with the following job title:

This guy was up there quoting Lord of the Flies (I’m guessing you couldn’t find three other men on that show who know what that is) and talking about the science of stories and drama and conflict. It makes sense that the group would anoint him spokesman.

All other contestants are in a group text. They made the executive decision Wells would be the spokesman. I knew in advance. #MenTellAll

This, of course, was delivered by Chad.

“Your pocket square doesn’t match your shirt,” he said to Derek as Derek was rambling on about his problems with Chad. 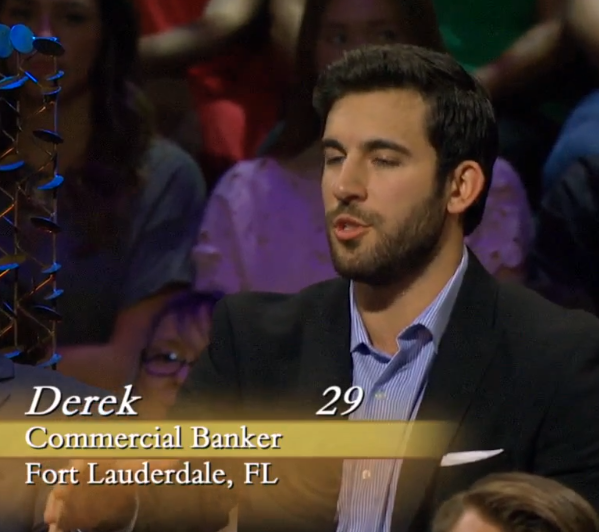 There were plenty of empty bromides tossed out by our fake Psy.D. But this question takes the cake:

“Did you know that they were their ex-girlfriends from before they went on the show?” Harrison asked Chad when the topic of Chad getting cozy with Grant and Robby’s ex-gals.

Such an instigator, that Harrison is. Also, I kind of wish the entire episode was devoted to diving into these dudes’ pre- and post-show lives. 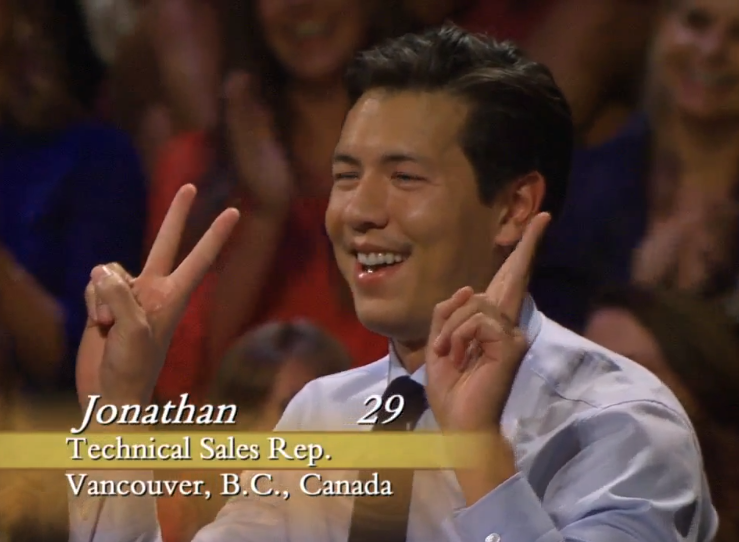 Yeah, I have no idea who this is. I dig the “peace” sign, though.

shoutout to this audience member who is literally praying for #Chad@BacheloretteABC #TheBachelorette pic.twitter.com/ZZ8GE79g6o

The way some of the ladies in the audience seem to hang on every word spoken during the Tell All is always one of my favorite parts of the episode. (Guys, I got a secret for you: All these people are awful). But this woman seemingly praying was the best among Tuesday night’s group.

“I just want to tell you, you’re the smartest, prettiest, funniest girl I’ve ever met,” he said to JoJo. “That’s all.”

Dude, she’s not sleeping with you. Give it up.

QUESTION THAT NEEDED TO BE ASKED

Luke, Alex, Daniel… do any of you guys have jobs?

Midway through the episode, Nick F., otherwise known as Saint Nick, took off his jacket, climbed out of his seat and told Chad he was down to fight. 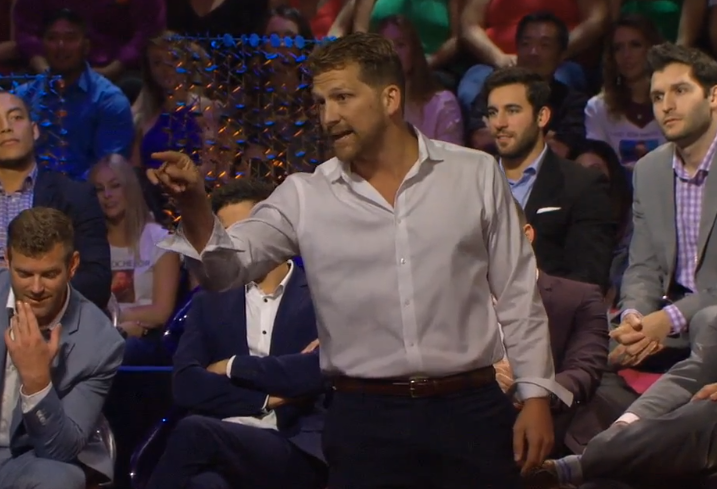 It was strange, and also silly. Not only was this fight never actually going to happen since, you know, they were on national TV. But also, Chad would have dominated Nick. He’s twice the size and, more importantly, insane. Crazy people always have the advantage when it comes to fights.

LINE OF THE NIGHT

“Sometimes you choose apples when you should have chosen pickles.”— Chad