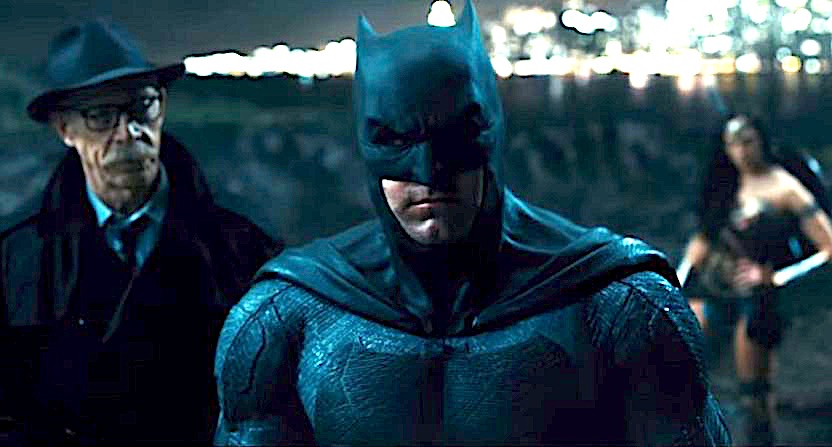 News broke Wednesday that Warner Bros. was restructuring in an effort to streamline their production process. Considering Warner Bros. films grossed $5.1 billion in 2017, it’s fair to wonder why they’re fixing something that doesn’t seem very broken. But the DC Comics franchise is sputtering, leaving a ton of money on the table, and that’s a nightmare scenario for a movie studio.

Warner Bros. is shaking up its film studio.

As part of a major reorganization, Toby Emmerich is being promoted to chairman of Warner Bros. Pictures Group, while Sue Kroll, the president of worldwide marketing and distribution, is relinquishing her role for a three-year producer deal on the Burbank lot. Kroll has been with the studio for decades and has deep relationships with filmmakers and stars such as Christopher Nolan, Clint Eastwood, and Tom Cruise. She will become a producer on the lot.

It’s that reassignment for Kroll which has generated most of the headlines, after Justice League disappointed at the box office.

The company announced Tuesday that 23-year veteran marketing chief Sue Kroll would step down to a producer gig. She was previously part of a committee to greenlight new film productions, a power that now solely belongs to Emmerich.

Fewer cooks in the kitchen will mean not just better decisions on what films to make, but on how to market them, one WB insider told TheWrap.

One marketing decision that seems misguided in retrospect? Excluding Henry Cavill’s Superman from “Justice League” advertising, in order to preserve the so-called surprise that the Man of Steel didn’t really die in “Batman v Superman.”

“The bizarre decision not to have Superman included in the marketing stopped ‘Justice League’ from potentially hitting $100 million opening weekend,” the insider said.

They went even further, with another source suggesting the reason the campaign failed was because Kroll doesn’t like the genre:

But another insider, one familiar with Kroll’s thinking, said there may have been a simple reason for her struggles making “Justice League” fly: “She hated superhero movies.”

Here’s a simpler explanation, though: The movies are bad! The Superman “twist” was Zack Snyder’s call (probably, though it’s hard to tell considering Joss Whedon’s involvement). He’s the one who pointlessly finished Batman v. Superman with a lengthy funeral scene only to undercut it with shots that basically confirmed Superman wasn’t dead!

That’s dumb to begin with, but then with Superman’s return being delayed further and becoming a plot twist within Justice League, that meant the marketing was stuck. Either reveal the twist outright and negate the first part of the movie itself, or play along even though the prior film had already done most of the damage.

No marketing campaign was going to save that movie, nor BvS, nor Suicide Squad. (Though the marketing certainly tried on the latter; commercials for that movie aired for what felt like two years.) They’re bad movies, and you could argue the only reason they made the money they did was via the marketing.

When given good material, Kroll clearly did her job well. Wonder Woman grossed $800 million worldwide, and beat both Guardians of the Galaxy Vol. 2 and Spider-Man: Homecoming. It was an unqualified success and was the highest-grossing film for the studio in 2017.

Justice League, meanwhile, has so far grossed about the same as the R-rated Logan, despite costing (by some estimates) nearly three times as much.

Warner Bros. and DC should try making good movies going forward. It’s possible the shake-up will help; doing things by committee is often a hindrance. But streamlining only works if you have the right people in place. Severing ties with Zack Snyder would seem to be the best shake-up Warner could make if they want to improve their returns.