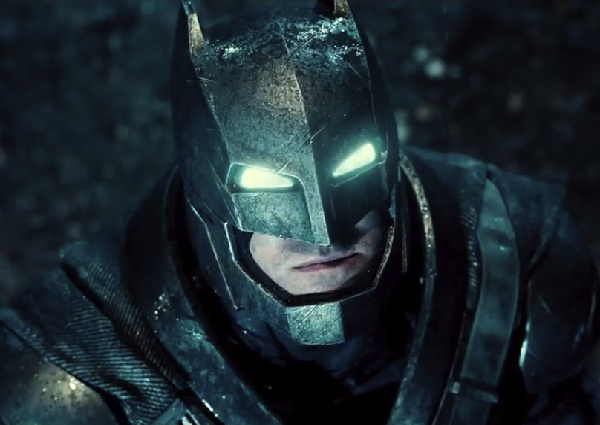 Us Weekly reports Ben Affleck, who’s set to play the caped crusader in the upcoming Batman v Superman: Dawn of Justice, wasn’t thrilled with the film’s script and tweaked it himself, even doing it on set, while in costume.

“The Oscar-winning screenwriter “would go into wardrobe and get all suited up for the day in his Batman suit,” explains the insider of the action flick. “Then he would sit around reworking the script. Ben wasn’t thrilled with it and would find himself on multiple occasions fixing it the day of.”

The script was originally developed by David Goyer (The Dark Knight, Man of Steel) but he was replaced by Affleck’s writing partner Chris Terrio (Argo) – who’s set to write the Justice League films and is rumored to have a hand in Affleck’s rumored solo Batman project.

If the reports are true, I can’t imagine Affleck’s writing hurting the script, as he’s an Academy Award-winning screenwriter himself (Good Will Hunting). But, it doesn’t exactly bode well for Batman v Superman if the dialog was being rewritten by its lead while it was being shot. Affleck has a lot riding on the project, especially after taking on the role of the most iconic superhero around, after failing so bad in his last superhero role as Daredevil.

Rumors from earlier this month suggested Warner Brothers was worried about the project flopping and the future of the DC film universe as a whole under the guidance of Zach Snyder. Those reports have been dismissed, however, as shooting for Justice League Part One with Snyder has been announced and seems to be going on as planned.

We should take these reports with a giant grain of salt. There are reasons to doubt the project, but Affleck sprucing up the film isn’t necessarily a bad thing – if that’s even true at all. He may just have been fixing up his own lines; maybe Batman will ask Superman how he likes them apples.