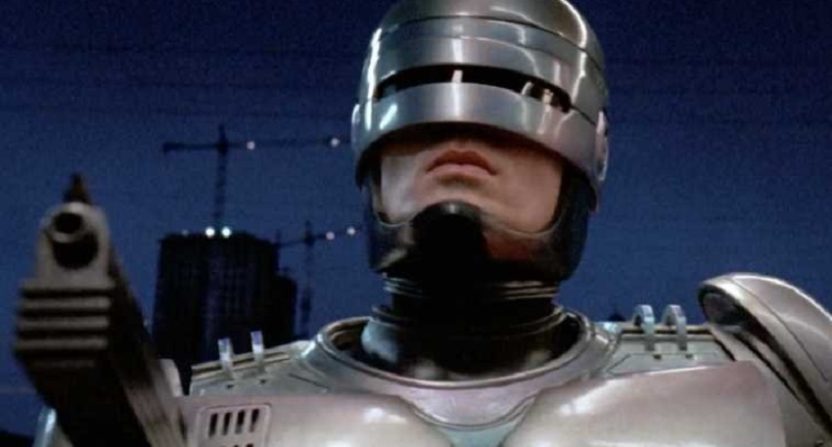 To have an iconic cinematic franchise, no matter how many films it entails, you really only need to have two good movies.

The Terminator franchise has been churning out unmemorable sequels and reboots and reboot sequels for over a decade now, but it’s really just the first two films that we hold up to prove its worth. The Terminator and T2 remain standard-bearers for the genre. The less we talk about the films that followed, the better.

Same goes for the Alien franchise, which now includes three sequels, two prequels, and whatever it is you categorize the two Alien vs. Predator films as. While opinions may vary, it’s generally understood that the first two films in the series were shining examples of their genres and everything since has paled in comparison.

The original Star Wars trilogy is so revered, that the significance of that cinematic property survived the prequels. The Star Trek franchise keeps churning out movies because at least one out of every three resonates with audiences. And because the good ones are really good, that carries forward the franchise as something bigger than one iconic movie.

But when it’s all said and done, the original movie about robotically enhanced Detroit police officer Alex Murphy is the one piece of entertainment that lived up to the billing. Because of that, the franchise exists in the background while so many others get better treatment in pop culture lore, even though they’ve been running on fumes for just as long.

That isn’t to say that RoboCop doesn’t hold a place in American pop culture as an indelible symbol of 80s sci-fi cinema. In fact, the film stands out from the pack given all of the themes and ideas it played with while also showcasing a half-robot, half-human who killed bad guys real good.

So the story goes, screenwriter Edward Neumeier got the idea by inverting the plot of Blade Runner, in which a cop hunts a robot. Later on, he met with music video director Michael Miner who had a similar idea for an injured cop turned into a cybernetic police officer. The two joined forces, added some inspiration in the form of Marvel Comics superhero Rom, and RoboCop was born. Acclaimed Dutch director Paul Verhoeven initially threw out the script after seeing the name, but was convinced by both the studio and his wife to take a second look. Eventually, he decided to make his American studio debut with the film.

When it came to casting the titular hero, that Blade Runner inversion almost became literal as Verhoeven favored casting Rutger Hauer. Meanwhile, the producers dreamt big and wanted to cast Arnold Schwarzenegger. Regardless of whether or not either was interested, it was determined that because the suit would be so bulky to begin with, they needed to cast a smaller actor. In a way, that worked to the favor of the character and the film. Turning an “everyman” into RoboCop brought a lot more significance with it than if you took someone who already seemed larger than life. In the end, Peter Weller (The Adventures of Buckaroo Banzai) won the role.

Watching RoboCop 30 years later, it can be easy to understand why people might see it as schlock. Verhoeven loves extreme violence and social satire, and the director stuffed this film full of both. The violence is so gruesome at times that it was originally given an X rating by the MPAA, back when they rarely handed out such a thing for anything but sexual content. Along with cutting back on the blood and gore (if you can believe it, since the film is pretty bloody as is), Verhoeven decided to insert commercials throughout the various news broadcasts that provide exposition throughout the film. They gave the director a chance to highlight the social satire at play, making fun of American car demand (The 6000 SUX) and even giving us a glimpse into the future of climate change (Sun Block 5000).

After 11 tries, the film finally got the edit right and received an R rating. Years later, Verhoeven insisted that the over-the-top violence of the original cut was purposeful and that all of the cuts and reworks made ended up making the violence more upsetting than it was intended.

When you think of RoboCop you probably think of all that violence. Perhaps you think of the catchphrases. Or maybe you just think of the suit, which cost upwards of a million dollars. But if you’re willing to dig a little deeper, Verhoeven really was trying to say something (a lot of somethings) with the action film.

The action takes place in a Detroit where society has all but fallen apart and a corporation is attempting to rebuild the city in its own image. As such, themes of gentrification, privatization, and capitalistic greed run rampant throughout the story. We get to see the boardrooms where old, mostly white men sit around in suits laughing and drinking while they decide the fates of millions of people. It’s meant to be heightened reality, but in today’s world, it actually doesn’t seem all that heightened.

RoboCop himself is a walking metaphor for identity and the struggle between nature and nurture. A family man just trying to do right by the people he’s sworn to protect, he’s now thrust into a role where he is a weapon utilized on behalf of a corporation with ill intentions at odds with what a police officer is supposed to represent. Again, it’s hard not to see that the parallels remain relevant 30 years on.

There are smaller moments that speak to big ideas as well. Male and female officers change together in a gender-neutral locker room (something Verhoeven revisited in Starship Troopers). Both villains were portrayed by actors who were known up until then as father figures. Every scientist in the film is named for a U.S. President, while police officers are named after serial killers. Make of that whatever you like.

This certainly isn’t a film anyone is going to hold up as a paragon of female empowerment but Murphy’s partner, Officer Lewis (Nancy Allen), does stand out for the fact that she has her own emotional journey through the film and is always capable of handling herself. In the climactic battle, RoboCop needs her help in order to succeed.

The problem with creating a satire in the 80s is that, to us, it’s sometimes hard to see where the satire ends and the earnest “80s-ness” begins. At times, the dialogue is as clunky as RoboCop’s walk. Some of the acting from secondary characters leaves something to be desired.

That line is blurred beyond recognition in the film’s final scene. RoboCop enters the OCP board room and confronts villain Dick Jones. After getting the greenlight, RoboCop shoots Jones, who goes crashing through the window to his doom below. Peppered throughout that sequence are close-ups on OCP executive Robert Johnson who not only grins madly, but also gives RoboCop a goofy thumbs-up like he’s just won a prize at a festival.

Also, did Jones turn into Slender Man en route to his demise? Would explain a lot. 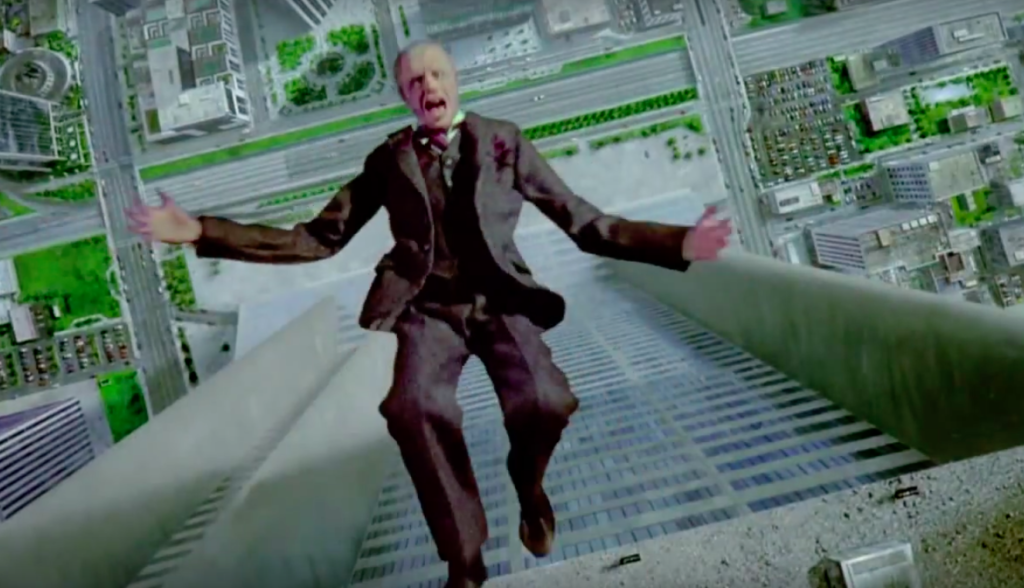 Because RoboCop 2 was a dud and Robocop 3 was… whatever the hell Robocop 3 was, the franchise sputtered out. While other permutations exist, they’ve never quite been able to capture the mixture of over-the-top violence, over-the-top satire, and satisfying action that Verhoeven put together in the first one. It’s a shame because so much of what this film was trying to say is still relevant today. Sadly, you can’t make a movie like this anymore (just look at the remake).

If they ever do figure out how to make a new version of this film that jives with modern sensibilities without losing what made it stand out in a sea of Schwartzenegger and Stallone action films, I’d buy that for a dollar.