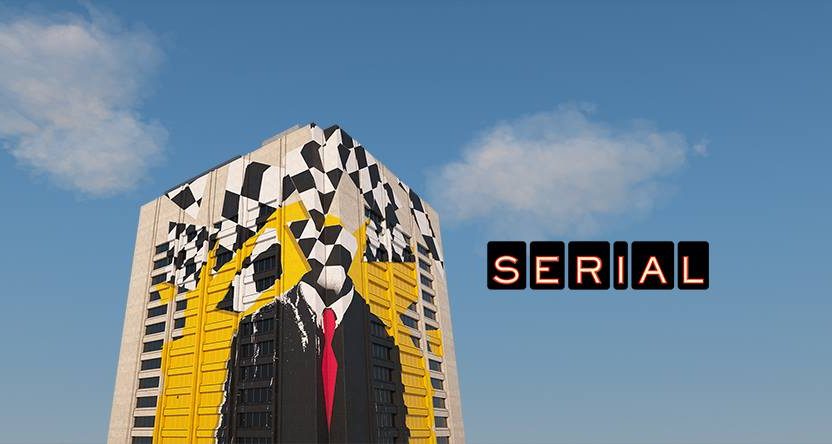 In many ways, the podcasting landscape is a lot different in 2018 than it was in 2014 when Serial premiered. It quickly skyrocketed from an interesting offshoot of This American Life into a national phenomenon. The 12-episode first season of the show, which chronicled the 1999 murder of Hae Min Lee and whether or not ex-boyfriend Adnan Syed actually did it, became so popular that even your parents started listening to it. The podcast won a Peabody Award, spawned a thousand think pieces about its journalistic merits, and inspired thousands of internet detectives to investigate the case further. It wasn’t the first investigative journalism podcast but it quickly became the gold standard, launching a thousand imitators and causing media companies to dip their toes into the podcasting world. Pretty soon, it was greenlit to be turned into a TV show, spawned popular spinoffs, and even inspired multiple spoofs.

In a way, it was basically impossible for the second season to live up to the hype. The season, which focused on Sergeant Bowe Bergdahl and his desertion case, failed to inspire the same fervor as the first and the bloom fell off the rose even though the podcast remained locked in the top of the charts because of its notoriety. Still, it left a lingering question floating out there as the rest of the podcast world caught up and even surpassed Serial in many ways: where does the show go from here?

The answer can be found in the first two episodes of season three, which steps back from following one extraordinary legal case to instead act as an analysis of the American criminal justice system as a whole. We’re only two episodes in, but it’s become clear that Serial is going to move forward. However, it’s not as the best investigative journalism podcast out there, but simply one of them. And while that sounds like a dig, it’s actually the best thing that could happen to it.

We spent a year inside the criminal courts in Cleveland. This season, you’ll see what we saw—from the inside. Hear episodes 1 and 2 now. https://t.co/W3JEGXFzVB

So far, season three has sent host Sarah Koenig to Cuyahoga County Justice Center in Cleveland where she spent a year getting to see how the criminal justice sausage is made. Less about sensational cases, this season wants to get into the gritty day-to-day way the system works, or in many cases, doesn’t work.

The first episode mostly follows the case of a woman arrested after a bar brawl that ended with her allegedly assaulting a police officer. She’s charged with a felony but the episode delves into whether or not she even should be before trying to figure out what “justice” looks like to all of the parties involved. The second episode puts a spotlight on Judge Daniel Gaul, an obnoxious, overstepping judge who enjoys lecturing POC defendants over racial and societal morality stereotypes and demands a fealty that often steps over U.S. Constitutional laws. By all accounts, the episode’s ultimate takeaway is that Gaul either needs to be investigated or, at the very least, voted out of office.

That second episode is what Serial feels like it should be about now. The show has a clout that few if any podcasts can command, and it can wield that power for good by calling out injustices that wouldn’t otherwise happen. Chances are, that’s what’s ahead in many episodes in the rest of the season, alongside episodes that are bound to struggle with the many problems that exist in our criminal justice system.

96 percent of convictions in the Cleveland justice center come from pleas. The tendency is to go along with the flow and avoid “wasting” the court’s time. But how does that work out for defendants? https://t.co/JOG09Ulfgc

The alternative would have been for Serial to once again pick out a notable case and follow it along for an entire season and it’s obvious as to why that would have been a huge problem. Number one, the chances that it would live up to the hype or interest as the first season would be unlikely. Number two, there are tons of really good podcasts out there these days that already do that. In a way, doing so would have made Serial look like an out of step also-ran. Number three, it just would have been stale given the way the second season failed to live up to the hype of the first despite doing the same type of story.

Now, Serial gets to focus on its merits instead of trying to live up to its lofty hype. We can appreciate each episode of the show for whatever story it tells and secrets it may unlock, even if they’re not the kind of big-picture shocks the podcast offered up in previous seasons. We can appreciate the talented people behind the show do what they do best and not worry about if the product lives up to a reputation it never could.

There’s still plenty of the season left and given what we’ve already seen about what happens on any given day in America’s courtrooms, we’re bound to learn plenty more disturbing things. Things we either assumed didn’t happen so often or just tried not to think about. And the irony is that by choosing to get closer to the ground, Serial has the chance to have even more impact than it did deep-diving into one case. Now it will shine a light on multiple cases and dozens of people, exposing the rest of us to things that have been happening behind court doors for years.

It might not be the kind of sexy or flashy story that’ll keep you parents listening, but it’s bound to have an impact. That’s why it’s good to have Serial back and it’s good that the show is moving forward instead of backward.