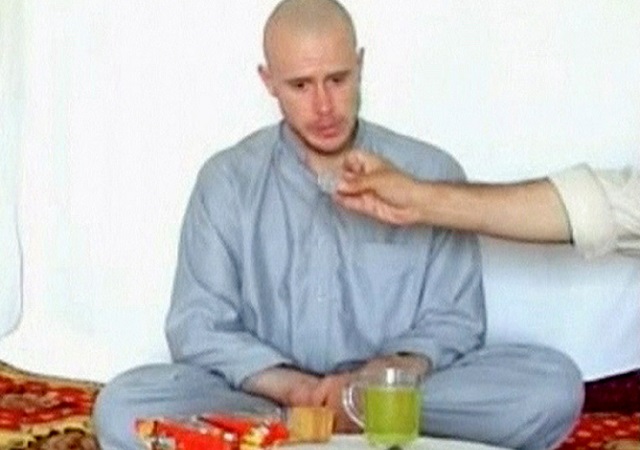 In the first episode of Serial season two, we learned that Sarah Koenig and her staff would be investigating the case of Sgt. Bowe Bergdahl, the U.S. soldier who walked off his base in Afghanistan in 2009 and was soon captured by the Taliban, who imprisoned him for five years.

The opening episode gave us a glimpse into Bergdahl’s thought process, previously unknown to the public. Why did he desert his post? What was he thinking? His disappearance endangered hundreds of troops ordered to find him and he was viewed as anything but an American hero when the Obama administration arranged for his release. The military was prepared to court-martial him, though some felt that his five-year captivity already served as a prison sentence.

In Bergdahl’s words — heard from 25 hours worth of interviews with screenwriter and producer Mark Boal — his intention was to expose commanders that were putting him and his fellow soldiers in danger. The only way to draw attention to that was to go missing and invoke a DUSTWUN (“Duty Status, Whereabouts Unknown”) call. But Bergdahl soon realized that he’d made a terrible mistake.

Episode two begins with an example of how different covering Bergdahl is from reopening the Adnan Syed case in season one. This is very much a current event. As reported by the New York Times on Monday (Dec. 14), Gen. Robert B. Abrams ordered that Bergdahl face a court-martial. Essentially, he would be put on trial with a five-year sentence for desertion and a life sentence for “misbehavior before the enemy” at stake.

What’s interesting is that Koenig doesn’t acknowledge what seems a rather obvious possibility. Did bringing renewed attention to Bergdahl’s case provoke this recommendation by Gen. Abrams? Now that this story is back in the news, Army commanders wanted to respond quickly and decisively. The timing certainly does not seem coincidental.

But most of the episode focuses on a side of the story we haven’t heard before. How did the Taliban go about capturing Bergdahl? How was he viewed as a prisoner (or as an asset)? And how did they manage to elude the U.S. military that sank an astounding amount of resources into finding Bergdahl? Koenig actually spoke with a Taliban fighter (through an interpreter) to gain some insight into that process, gaining access through a journalist who reported on the war in Afghanistan.

Perhaps the most intriguing revelation is that the Taliban always seemed at least one step ahead of U.S. forces. Early on, the decision was made to keep Bergdahl in Afghanistan, rather than transfer him across the border to Pakistan — which is what the U.S. military expected.

The fighter explained that Bergdahl was viewed as a virtual lottery ticket for the Taliban, a “golden chicken.” Capturing an American was a big enough deal. But capturing a U.S. soldier was special. That perception only increased when it quickly became apparent that the U.S. was devoting so much to getting him back. Bergdahl had to be important. The possibility is raised that the Taliban didn’t know Bergdahl was missing until soldiers were giving candy to kids in hopes of getting information. 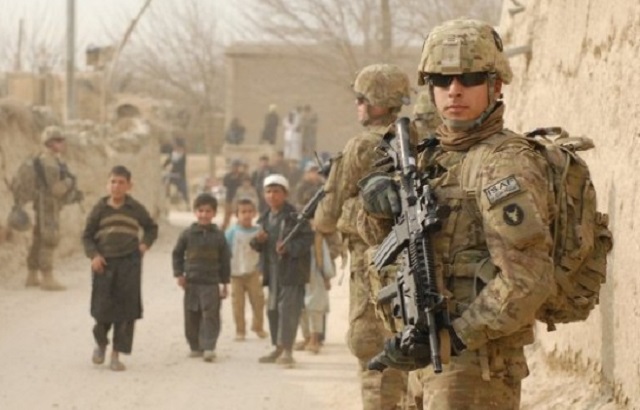 On the other side, Bergdahl was viewed as anything but special by his fellow soldiers. They hated him. Koenig talks to one who says most of the people tasked with finding Bergdahl wanted to shoot him. “I truly say that with sincerity,” he says. “We had that much hate towards him.” Others expressed the same sentiment, some realizing how bad that sounded.

But those soldiers suffered greatly themselves during a search that lasted 45 days. Even those whose mission was to find Osama Bin Laden were called off to look for Bergdahl. They carried more than 50 pounds of gear in 90 to 100 degree heat, having to sleep in temperatures 30 degrees colder. In one of the most explicit parts of the episode, it’s explained that a soldier came down with diarrhea yet had to wear the same pants that he soiled for 19 days.

That’s probably the most compelling aspect of the first two episodes of Serial‘s second season. Koenig’s reporting and first-hand interviews are providing more insight into the war in Afghanistan and fight with the Taliban than shorter news reports allowed. (And how many of those reports did people pay attention to anyway? How many chose to ignore bad news like that?) The conditions that the U.S. soldiers often deal with are disturbing. The tactics employed by the Taliban seem clever and devious. And Bergdahl’s disappearance and capture has amplified tensions and highlighted differences between the two sides.

While teasing the next episode, Koenig hints that the perspective will bounce back to Bergdahl and his imprisonment. What was previously just a grainy video seen on the news and online could suddenly become a whole lot more real for Serial listeners.