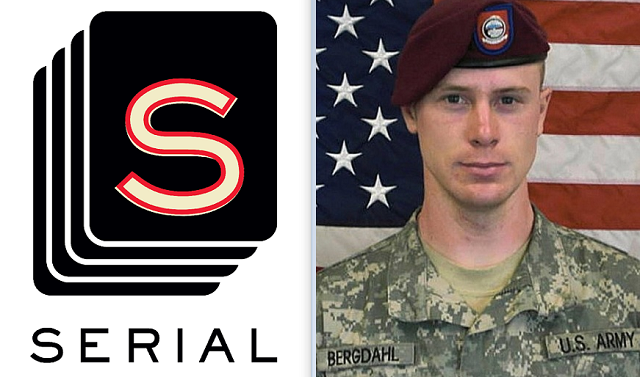 One year ago at this time, the podcast Serial was a cultural phenomenon. People downloaded the show (a spinoff of This American Life) every week, eager to listen to and then discuss the story host Sarah Koenig and her staff told over 12 episodes. That story was the 1999 murder of Hae Min Lee and the guilt or innocence of Adnan Syed, who was convicted for that crime.

Serial essentially re-opened that case, talking to virtually everyone involved (including Syed in prison, which may have been the most compelling recurring interviews) and compelling listeners to follow each new discovery and revelation each week. The show and the case it was covering became such a topic of conversation that the website Slate produced a podcast to discuss each episode every week. (The roundtable of hosts acknowledged the mild absurdity of a podcast about a podcast).

Listeners were hoping that Koenig would discover evidence that would either acquit Syed or prove his guilt more definitively. But ultimately, she didn’t find enough to reach a decisive conclusion. That lack of a satisfying payoff disappointed some listeners, yet it was consistent with Koenig approaching this story as a journalist, despite any personal feelings and perceptions toward the case. What was truly fun about Serial‘s 12 episodes was the building of that story and its characters, rather than the actual resolution (or lack of it).

Even Saturday Night Live made a parody of the show, if there was any doubt as to how Serial had penetrated the cutlure.

The show was popular enough and received enough in donations from listeners and sponsorships to produce a second season. But what true-crime story would Koenig and her producers investigate next? Could they find anything as compelling as the Syed case?

In October, Maxim reported that Serial‘s second season would investigate an entirely different story, one with a far higher profile. The subject would be Sgt. Bowe Bergdahl, the U.S. soldier who disappeared from his post in Afghanistan in 2009 and was subsequently taken prisoner by the Taliban. He was held captive for five years before the Obama administration negotiated his release in exchange for five Taliban prisoners from Guantanamo Bay.

The circumstances of Bergdahl’s disappearance and capture have been mysterious. Did he, as several of his fellow soldiers assert, desert his post and subsequently endanger the troops tasked with finding him? Should Bergdahl face a court-martial for those accusations? And if this was the story Serial intended to follow, what we also didn’t know is exactly when that second season would begin.

But on Thursday (Dec. 10), Serial surprised listeners by posting the first episode of season two. And indeed, the subject was Bergdahl and the mystery of his disappearance. Following an international news story like this has drawn the attention of multiple outlets, such as the New York Times and CNN.

With what figures to be a much larger audience this time around, you shouldn’t have much difficulty finding someone with whom to discuss the show. We intend to do so each week here at The Comeback (with less prologue than this week’s post has), so hopefully you’ll join us.

One key difference for season two makes itself apparent right away. Koenig and her staff have some help this time around. Screenwriter Mark Boal, who wrote The Hurt Locker and Zero Dark Thirty, and his production team are developing a movie about Bergdahl and provided Serial producers with much of the research they compiled. Perhaps most importantly, that includes 25 hours of interviews Boal conducted with Bergdahl over the phone.

Those interviews provide the personal touch that made season one of Serial so appealing. Adnan Syed wasn’t just a mug shot and the subject of a police investigation and court documents. He was an actual person, given a voice by interviews Koenig conducted with him in prison. Boal’s conversations with Bergdahl provide a similar effect, though it’s yet to be determined if the soldier will come across as the appealing, sympathetic figure that Syed did.

Syed was often friendly and funny, almost to the point of seeming detached from what had happened to him. Did that make him innocent or some kind of sociopath? Yet as Koenig pushed harder into difficult territory, Syed also became prickly and combative at times. But that made him seem more human. If he was innocent and wrongly convicted, how could he not be angry?

Up until this point, we’ve only seen glimpses of Bergdahl from his official U.S. Army photograph or video footage from his imprisonment and capture. Perception of him has largely been formed by news reports or those expressing outrage over him deserting his unit and seemingly turning himself over to the Taliban. What was he thinking? But with Boal’s interview footage, we now hear Bergdahl’s voice and we get the beginning of his side of the story.

Particularly compelling was his describing aspects of his imprisonment, including being locked in a completely dark room. The lack of sensory perception, in which he had no idea of time or space, began to make him question his existence. As he puts it, he sometimes could not remember what he was. 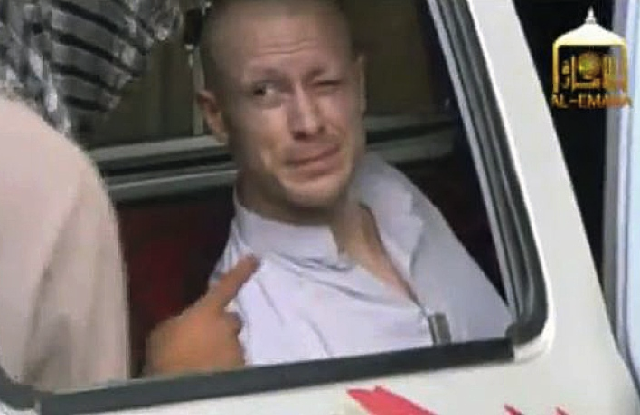 To hear Bergdahl explain himself, he wasn’t intending to commit treason. He wanted to expose what he felt was irresponsible and unethical behavior by his commanders. He believed that leadership was putting him and his fellow soldiers in danger. By leaving his post and going to another base (requiring a 20-mile trek), Bergdahl hoped to invoke a “DUSTWUN” call (thus the title of this first episode), which stands for “Duty Status, Whereabouts Unknown.”

Yet as you see in the above quote, he soon realized that maybe he hadn’t thought this entire venture through enough. And that maybe he had allowed a bit of delusion to creep in, as if he was Jason Bourne executing some kind of covert operation in which he could sneak past enemy lines or catch a Taliban soldier planting IED bomb, which would have made it appear as if he was taking action to protect his teammates, rather than committing insubordination.

Obviously, this is just the very beginning of the story and Serial‘s investigation. And unlike the Syed case, which was essentially closed, Bergdahl is still facing a possible court-martial, prosecution and discharge for his actions. Could anything that Koenig or Boal uncovers influence those proceedings? Will hearing Bergdahl tell his story change perception of him? Or will insight from Bergdahl’s fellow soldiers reinforce the belief that he acted recklessly, put others in danger and was a deserter?

As with season one, Koenig has an excellent sense for creating cliffhangers, cutting off her story just as listeners want to hear more. Season two’s debut episode ends with her about to get the side of Bergdahl’s capture and imprisonment from the Taliban, whom she literally calls on the phone. Oh — hi, Taliban! How could we not want to listen next week?