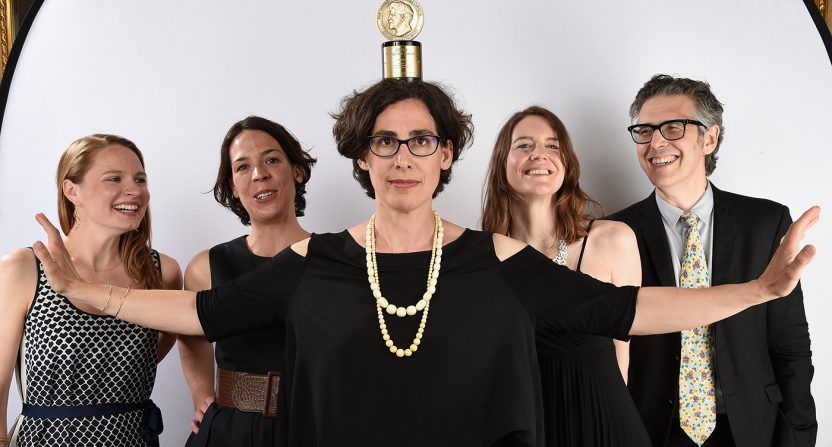 If you’re a fan of the Serial podcast, the good news is that the people behind the series have produced a new show. The bad news, in some views, might be that the new show is not a new season of Serial.

Serial host and executive producer Sarah Koenig emailed listeners with news of the new show, another spinoff from This American Life.

“I’m writing to let you know some exciting news. On March 28, Serial and This American Life are launching a new podcast called S-Town, hosted by long-time This American Life producer Brian Reed and produced by Julie Snyder, who co-created Serial with me.”

Hey world! Our brand new podcast! As good as @Serial but different. All the episodes drop 14 days from now!https://t.co/c6mkgqvwE0

Koenig went on to explain that S-Town will be a seven-episode series following an Alabama man named John who approached This American Life producer Brian Reed about a potential story.

“S-Town is about a man named John who hates his Alabama town and decides to do something about it. He asks Brian to investigate the son of a wealthy family who’s allegedly been bragging that he got away with murder. But then someone else ends up dead, and the story Brian thought he was reporting shifts underneath him. He discovers a nasty feud, a hunt for hidden treasure, and wades into the mysteries of John’s town and one man’s life.”

Reed ended up working on the story for three years, which predates Serial‘s 2014 debut.

One key difference between Serial and S-Town, as alluded to in the tweets included here, is that all seven episodes will be released at once. Binge listening! That’s different from the Serial model, which released each episode on a weekly basis, with cliffhangers that increased anticipation for the next show and generated considerable discussion (including Slate’s podcast about a podcast) among listeners.

We’ve been working on this story for more than three years. Subscribe now to get all seven chapters on March 28. https://t.co/Z9AxpXS6Md pic.twitter.com/fj4pjnFdXF

Will releasing all seven episodes on the same date affect how the show is discussed among fans, social media conversation, and dissection in recaps and commentaries? Will that prevent S-Town from becoming a cultural phenomenon like Serial was, with listeners talking about the latest episode, developing theories and speculating what might happen next?

The binge model has affected how Netflix shows are discussed and written about, arguably in a negative sense, because the audience watches the show in different ways. Some watch all the episodes at once, others watch one per day or one per week, and some people may stop watching for a period and come back later.

S-Town debuts March 28 on your podcast app of choice. You can listen to a preview on the S-Town website. No word yet on when we can expect a third season of Serial (and whether or not we should recap it here).