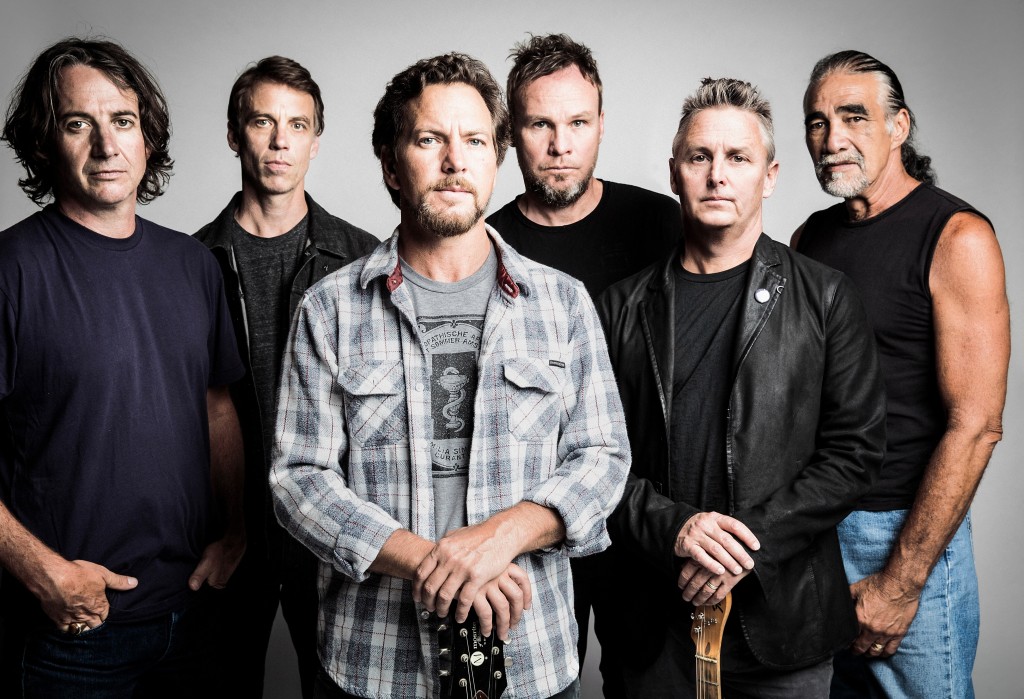 Last Wednesday (April 20), Pearl Jam was scheduled to play the latest date of their spring tour at PNC Arena in Raleigh, North Carolina. Days before the show, however, the band announced that it had been canceled. It wasn’t illness, injury, or death that caused the cancellation, but a bill signed by North Carolina Governor Pat McCrory on March 23: House Bill 2 (HB2), the Public Facilities Privacy and Security Act.

Rushed through the North Carolina General Assembly in a day, HB2 bans trans individuals from using public restrooms that correspond to their gender identity, and preempts any public ordinances created by local municipalities. The bill seems to be a knee-jerk reaction to a nondiscrimination ordinance approved by North Carolina’s largest city, Charlotte.

Governor McCrory hailed the bill as a “bi-partisan” win, yet in reality, only 11 state Democrats from both the House and Senate voted for the bill, while Senate Democrats walked out in protest, leading to the bill passing 32-0 in the Senate. A similar bill (Bill 1523) was signed by Mississippi Governor Phil Bryant just a week later, but another was recently vetoed by the governor of South Dakota.

It's with deep consideration & much regret that we must cancel the Raleigh, NC show on 4/20: https://t.co/Z7I65UJmhP pic.twitter.com/P89wysiNFe

By boycotting North Carolina, and joining the ranks of Bruce Springsteen and Ringo Starr, Pearl Jam sent a message that discrimination will not be tolerated, and that states signing these bills into law will not receive money and taxes from their tours. But is it the right decision? Should Pearl Jam, Springsteen, and Starr have played their shows in North Carolina, and used it as a platform to protest HB2? The answer is not really that simple.

What Pearl Jam, Springsteen, and Starr have is clout. For years, they have regularly played in front of sold-out crowds for fans that idolize them. There’s a lot of history and name recognition amongst these three acts, so when they boycott it leads to headlines and a bill like HB2 is further discussed — not just in North Carolina, but by Bob and Judy in Peoria too. Canceling their shows could accomplish more than performing by getting the message to a wider audience, reminding people to keep an eye on what your local government is working on currently.

Canceled concerts are obviously not enough to make lawmakers in North Carolina have a change of heart, but these canceled shows will hurt local businesses and their employees. Those behind a boycott hope the loss of revenue by businesses will encourage employees and owners to engage their local politicians and demand laws like HB2 are reversed.

But maybe a better question to think about is whether a boycott would actually work? In January, Freakonomics Radio looked into several boycotts, from Apartheid-era South Africa and the Montgomery Bus Boycott, to Monsanto and Disney. What they found is that, for the most part, all they do is change the court of public opinion — and sometimes only for a short period of time. Most of us want to participate, and may even agree that boycotting is the right choice, but eventually we break down and buy that Chick-fil-A sandwich.

.@duranduran THANK YOU for coming to N.C. and using your platform for good! pic.twitter.com/5LxqEDcF9i

The work going into changing laws might take some time. It was nine years after Montgomery that President Lyndon Johnson signed the Civil Rights Act in 1964. In fact, your social media feed may have already moved on to the next dead celebrity or which presidential candidate said what, and that’s where the acts still touring North Carolina have stepped in to help. Pearl Jam and Springsteen may have grabbed headlines for a day or two, but other musicians have used their shows to help the groups that will continue fighting HB2 in North Carolina in the months to come.

Duran Duran, along with Mumford & Sons, met with Tina and Grayson Haver Currin, two activists who created North Carolina Needs You, in an effort to encourage bands to continue playing North Carolina. After meeting with the couple, both groups took the stage at their respective concerts and encouraged their fans to protest HB2. Duran Duran helped launch a petition created by Equality NC, while Mumford & Sons donated the proceeds from their show to LGBT rights organizations. They essentially made their shows protest concerts against HB2.

Could Pearl Jam and Springsteen have done the same? Yes — and anyone who has attended a concert by either performer knows that they do not shy away from voicing their opinions in between songs. What both most likely felt was that in the days just after HB2 became a law, someone needed to raise the alarm, and as the two biggest acts playing North Carolina at the time, it was their duty to cancel.

In an interview with Buzzfeed, Laura Jane Grace, transgender leader of the punk band Against Me!, announced that her band would still be playing a scheduled show in Durham next month. She also admitted that Springsteen’s cancellation would bring more attention to HB2 than a cancellation by her ever would, saying “no one would care if we canceled.” Grace will instead use her concert to discuss trans issues in North Carolina, and allow organizations working with the LGBT community in the state to set up shop at the venue to meet with fans.

A repeal of HB2 was filed Monday by North Carolina Democrats, but state Republicans have made it clear that a repeal now is unlikely. These scheduled concerts (canceled or not) may end up having little effect on whether HB2 is ultimately repealed. Larger tax and tourist generators like the NCAA Tournament games and the NBA All-Star Game scheduled in the state next year, and even Beyoncé’s upcoming concert in May would have a bigger impact on both the public and state politicians if any of them are canceled.

Modern popular music has always been able to broadcast social messages to a wider audience, from Billie Holiday’s “Strange Fruit” and Woody Guthrie’s “This Land is Your Land,” to Bob Dylan in the 1960s, Rage Against the Machine in the 1990s, and Kendrick Lamar today. So while it may be naive to think that Pearl Jam, Springsteen, Duran Duran, or Mumford & Sons will be the reason that HB2 may be repealed, their support of the movement — whether it’s through a boycott or not — is helping activists in North Carolina fight HB2, and has put any legislature considering similar laws on notice.