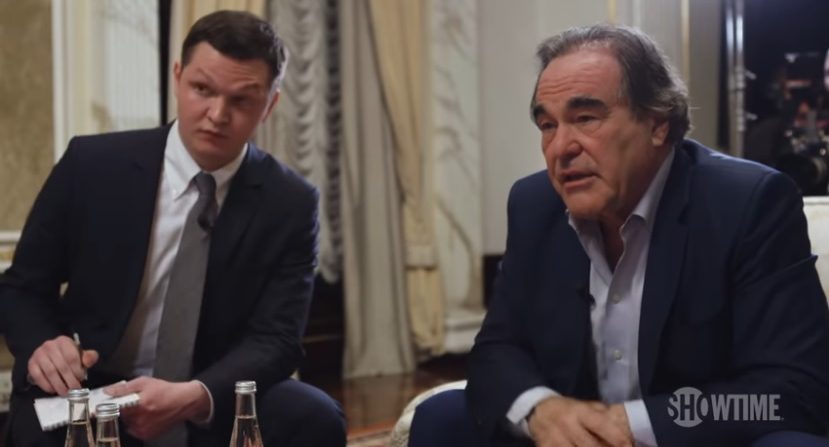 Oliver Stone wrote Scarface, directed Snowden, and has vocally supported WikiLeaks. Yes, the 70-year-old director has done all three and now he can add an eye opening fourth accomplishment to that: have a series of interviews he conducted with Vladimir Putin air on Showtime.

Over four consecutive nights in June, Stone’s interviews with Putin will air exclusively on Showtime. The network made the announcement Monday that it has landed the rights to the interviews and its plan to release them.

According to The Hollywood Reporter, Stone and Putin spoke four times over the past year or so to record the four interviews. After everything that has transpired between the United States and Russia over the past couple of years, for Showtime to land these interviews and for Stone to conduct them is eye opening to say the least.

“If Vladimir Putin is indeed the great enemy of the United States, then at least we should try to understand him,” Stone said.

That’s certainly one way of putting it. However, after comments like that, Stone will most likely still be able to land big time interviews.

Stone has interviewed controversial leaders Fidel Castro, Hugo Chavez, and Benjamin Netanyahu in the past, and will likely interview more in the future.

“Mr. Putin is one of the most important leaders in the world and insofar as the United States has declared him an enemy — a great enemy — I think it’s very important we hear what he has to say,” Stone said.

And according to CNN’s Brian Stelter, this isn’t the first time Stone is interviewing Putin either.

Stone has been taping sit-downs with Putin for 2 years… most recently in February… https://t.co/kcu0eEfBz5

Showtime is billing this as a "four-hour television event," akin to Frost's interviews of Nixon 40 years ago… https://t.co/GsKCnqLVto

An event is definitely what it will be. Here’s a teaser for The Putin Interviews.

The Putin Interviews air starting on Monday, June 12th at 9:00 pm. It will run in one hour increments over the next three consecutive nights to total four hours over four days.