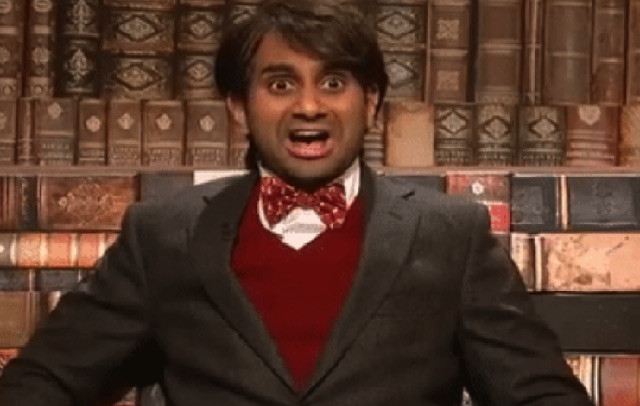 In its first show since the Trump inauguration, Saturday Night Live with host Aziz Ansari take on the new administration.

On Friday, WWE Hall of Famer Donald Trump held a sparsely attended presidential inauguration that is sure to usher in one to four years of angry tweets about Saturday Night Live. During the upcoming time of uncertainty, it may feel difficult for some to laugh at our current state of affairs, but satire may be necessary more now than ever.

A society able to criticize its leaders without repercussions is a free society and in our society, satire has been a weapon used by Benjamin Franklin, Mark Twain, and to great effect in recent years by Jon Stewart and Stephen Colbert to point out issues we have with our leaders and their policies. For 42 years, SNL has been a major contributor to American satire and while recently some have questioned the direction or effectiveness of SNL, it is still influential and clearly a show our current leader is watching.

After two less than stellar hosting appearances from Casey Affleck and Felicity Jones, SNL hoped that comedian and star of Master of None, Aziz Ansari, could right the ship. In his first appearance as host, Ansari used his comedic timing and sketch comedy past (Human Giant) to deliver a top-notch episode from start to finish.

Cold Open: A Paid Message from the Russian Federation

During an interview with GQ in 2004, Will Ferrell said that if he were still portraying George W. Bush on SNL, he would always wear the “Mission Accomplished” flight suit, no matter the context. Beck Bennett seems to be following Ferrell’s advice as he once again appeared as Russian President Vladimir Putin shirtless during a very funny cold open message to Americans that featured Weekend Update regular Olya Povlatsky (Kate McKinnon).

SNL has taken some heat for portraying Trump advisor Kellyanne Conway (McKinnon) as a somewhat sympathetic member of the Trump administration, and not the calculating spokesperson we know her to be. Conway’s latest appearance gets closer to reality as she daydreams about becoming a celebrity and increasing her status due to her current position. It may not be a strong enough for some critics, but it seems to be a change from past frazzled Conway incarnations on SNL.

La La Land appears to be the Oscar front-runner this year after winning seven Golden Globes earlier this month, and appearing on virtually every year-end “Best of” list, but it hasn’t been free of criticism about its music or whiteness. Two cops (Bennett and Cecily Strong) bring in a critic (Ansari) in an attempt to find out how someone could only think the film is merely “good,” while also dismissing his criticisms of the film.

Colin Jost and Michael Che had an off week last week with many of their jokes missing the mark, but they both returned with one of their stronger segments this season — even with Che’s awkwardly bad longform joke about the Women’s March.

Leslie Jones appeared to discuss the surprise hit movie Hidden Figures, and spent her time talking about surprise items invented by African Americans. Jones continues to shine during her Update segments, even though viewers know this bit from start to finish. It’s a testament to Jones’ abilities as a comedian that she can somehow keep it somewhat fresh and funny.

McKinnon and Bobby Moynihan are Lisa Broderick and Jeremy Ganz are personal injury lawyers, but only one of them is good at their job. In typical lawyer commercial fashion, we hear from actual clients, but while Broderick’s clients are happy with their settlements, Ganz’s client (Ansari) thinks he could have received more than a $6,000 settlement.

** Ansari’s monologue was a stand-up set discussing Trump and racism. While not as good as Dave Chappelle’s monologue from the post-election episode, it was still very effective. Ansari is also the first South Asian to ever host SNL.

** Cecily Strong and Sasheer Zamata sang the 1967 hit song, “To Sir With Love,” as a tribute to Barack Obama.

** This week, Taran Killam joined the cast of Hamilton on Broadway as King George. It’s the first Broadway role for the former cast member:

** Alex Moffat did not appear in any sketches during this episode.