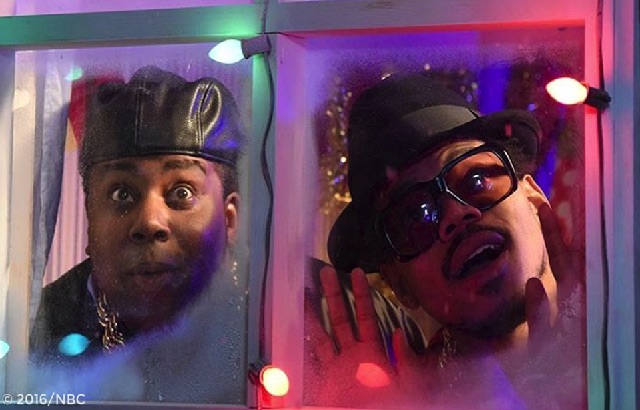 The final Saturday Night Live before the month-long holiday break tends to be a highlight of every season with a well-known host (former cast members have hosted four of the last five) and musical guest, a few guest stars, and an overall joyous feeling to stay in tune with the season. All of this makes the decision to have Casey Affleck host this week seem a bit odd.

Affleck is in the middle of an award season that sees him as a possible Oscars front-runner for his work in Manchester By The Sea. But he’s still known as Ben’s brother, and also for two sexual harassment settlements from 2010 that have resurfaced as his Oscar campaign picks up steam. The allegations in those suits are disturbing enough that after spending a year dealing with the backlash of having Donald Trump host last season, SNL may have wanted to steer clear of another controversy.

For all of his accolades on the big screen this year, Affleck wasn’t a great host for his first time at SNL. Overall, this was a shaky episode with some mediocre sketches, and Affleck wasn’t featured in the sketches that brought the biggest laughs. Maybe not entirely what SNL wanted entering the holiday break, but it was a decent finish to a strong first half of the season.

Alec Baldwin appears once again as Donald Trump along with Kate McKinnon’s Kellyanne Conway as Trump Tower is visited by a shirtless Vladimir Putin (Beck Bennett) and guest John Goodman as Secretary of State nominee and Putin friend Rex Tillerson. Playing Putin shirtless is an amazing idea, and I truly hope that Bennett has made the decision to only portray Putin this way.

“Christmas in Hollis” by Run-DMC is one of the great modern Christmas songs, and this parody featuring Kenan Thompson and Chance the Rapper reminding us all about the things we need to do before Barack Obama is out of office is going to go down as one of SNL’s best Christmas sketches. Leslie Jones appears with a verse about Joe Biden, and Darryl “DMC” McDaniels plays Chance’s dad.

This time around, Ms. Rafferty (McKinnon) has a very different experience at the North Pole than her friends (Cecily Strong and Affleck). McKinnon is great as usual, but unlike the two previous appearances, she is unable to get Affleck to break.

Usually this space is reserved for Weekend Update, but this week’s segment didn’t have a particular standout moment, so we’ll highlight one of the best musical performances so far this season. Chance’s latest album, Coloring Book, is landing near the top of most year-end lists, was the first album to appear on the Billboard 200 based on streams, and last week received seven Grammy nominations.

Hillary Clinton (McKinnon) has appeared only a few times since the election on SNL and in two sketches, she has appeared without speaking. This Love Actually parody features Hillary attempting to persuade an elector (Cecily Strong) to not vote for Trump through a series of cue cards, a la that famous but kind of creepy scene between Andrew Lincoln and Keira Knightley from the film.

Putin's childhood friends stopped by Update and caught up with Che. #SNL pic.twitter.com/CrG4nM31bo

** Chance the Rapper also performed “Same Drugs,” and appeared as the Three Wise Men in the “New York Now” sketch.