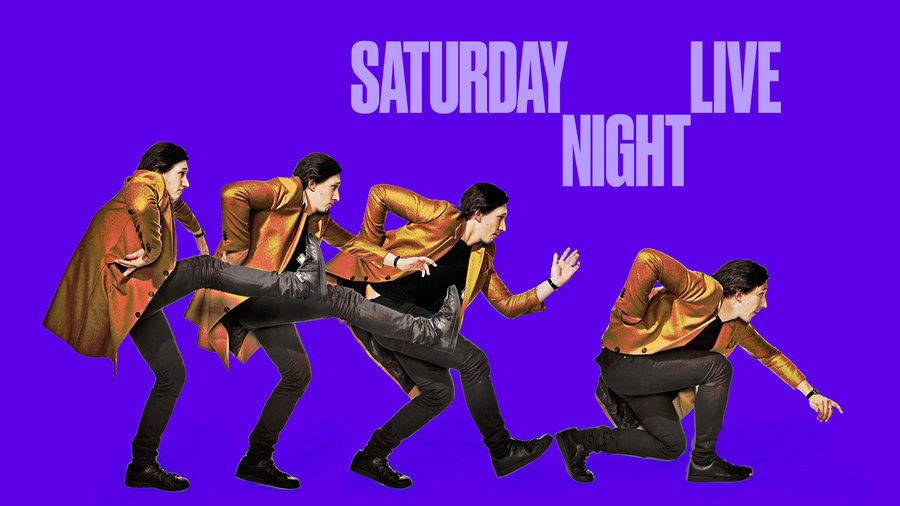 Some of us (aka me) may have unfairly judged Adam Driver based on two things: Girls and that scene in Star Wars: The Force Awakens where Kylo Ren removes his mask.

I’m giggling now just thinking about that scene. But please accept my apology, Adam, because you were pretty stellar on Saturday Night Live. I am just sorry the writing staff wasted your appearance with some of the weakest material of the season.

Like a lot of people who returned recently from time off for the holidays, the latest episode of SNL appeared to be the work of someone just trying to make it to the end of the week by doing the least amount of work possible. This episode gave us a couple of re-hashed bits, including another Republican debate, a bumpy Weekend Update, and a nice, but too short tribute to David Bowie.

Cold Open: Republican Debate
Just because the Republican presidential candidates act like the SNL parodies of them doesn’t mean that we need the show to give us a debate sketch every time there is an actual debate (which NBC happened to broadcast Sunday night). I’m sure they’re easy to write, but in a week where President Obama gave his final State of the Union address, the Oscar nominations were announced and David Bowie died, the best the writers could do is essentially rehash a cold open from the last episode.

Best Sketch: Golden Globes
Ever wonder what happens after award winners say “Go to bed, kids” during their acceptance speeches? Kyle Mooney and Kate McKinnon are great as siblings trying to sleep while their parents (Driver and Vanessa Bayer) let the rush of winning a Golden Globe completely go to their heads, eventually leading to partying with Ray Donovan himself, Liev Schreiber.

Second Best Sketch: Undercover Boss – Starkiller Base
This sketch was pretty spot-on with its portrayal of Kylo Ren as a whiny nerd with a short temper, and how bad the disguises for the bosses really are on Undercover Boss. The online version is a bit longer than the one which appeared during the telecast. In a nice little nod to Star Wars geeks everywhere, Tim (Bobby Moynihan) is a member of the 501st Legion, Darth Vader’s personal battalion of Stormtroopers that originally started as a real-life charitable cosplay organization in 1997.

Weekend Update Moment: Colin Jost’s Reactions
Weekend Update had a rough go of it, as Colin Jost and Michael Che plodded through a series of jokes that never really hit with the audience. The highlight of the segment was actually Jost’s reactions to the audience and his thumbs-up after Che mentioned Staten Island Summer, a film written by Jost that is available on Netflix.

Best News of the Night: David Bowie’s 1979 Performances Available Online
Fred Armisen returned to pay tribute to David Bowie by reminiscing about seeing Bowie appear with Klaus Nomi and Joey Arias on an SNL hosted by Martin Sheen from 1979. They played a portion of “The Man Who Sold the World,” and the three performances from that evening are now (officially) available online after being criminally hard to find for years.

Other Notes:
The start of this episode was delayed by over 45 minutes because of the NFC Divisional Playoff game between the Green Bay Packers and Arizona Cardinals, and was actually on tape delay. The last time an episode was broadcast on tape delay was in Feb. 2001 when an XFL game ran late. NBC changed their broadcast rules after this delay and decided to cut away from an XFL game if it ran into SNL.

If the “Aladdin” sketch seemed a bit familiar that might be because Rosario Dawson and Jason Sudeikis had a rough magic carpet ride during an episode hosted by Dawson back in 2009.

Are you wondering if you have been socially puppeteered after seeing the “Awareness Week” sketch? You can head to stopsocialpuppeteering.org to find out.