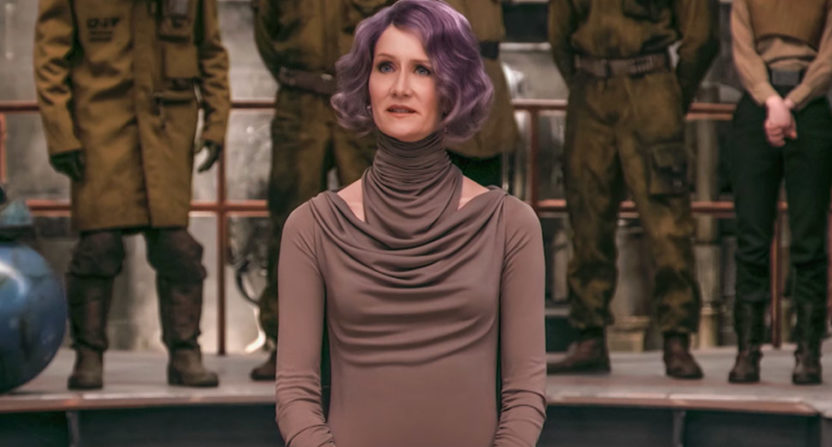 Star Wars: The Last Jedi ventured into new territory for the franchise, and one of director Rian Johnson’s decisions has led some theaters to provide warnings about one pivotal scene.

In order for Resistance transports to escape to the planet Crait, Admiral Holdo executes a suicide light speed maneuver to disable the First Order’s star destroyer. When she jumps to light speed, the sound cuts out, pairing the massive collision with a vacuum-like silence.

Fearing people thinking the sound went out in the theater, AMC is posting a warning at some of their theaters. Here’s what AMC’s warning says, via Entertainment Weekly:

“Please note: The Last Jedi contains a sequence at approximately 1 hour and 52 minutes into the movie in which ALL sound stops for about 10 full seconds. While the images continue to play on the screen you will hear nothing. This is intentionally done by the director for a creative effect.”

Without the warning, the scene is a bit jarring (as it’s likely meant to be). But the silence is also distracting if you haven’t been prepped, leaving you wondering if the lack of sound was intentional of the result of a malfunctioning sound system.

However, it’s a bit weird to give the exact time where the sequence occurs. Even though the warning doesn’t give away any plot, the message may still count as a spoiler to some die-hard fans considering it’s toward the end of the movie. Plus, people generally aren’t checking their watches throughout a movie, so it’s not like they’ll know when the 1-hour, 52-minute mark is anyway.

Holdo’s kamikaze jump created plenty of controversy among Star Wars fans — as did the movie as a whole — but ultimately there was a positive consensus on Johnson’s intentional sound cut.

We had always hoped that would resonate, both as a story beat and as a striking visual, and when I heard all of the cries and gasps in the silence, it was just fantastic. We realized that it worked. That’s never really happened in Star Wars before.