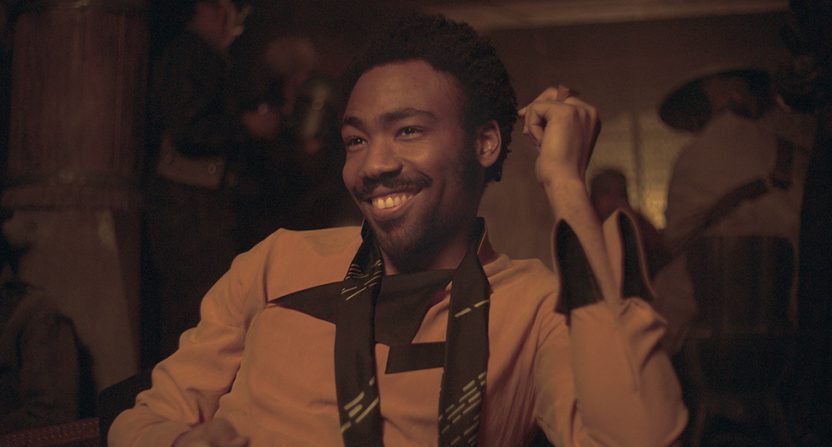 Long before it hit theaters and even long before its original directors were fired and replaced by Ron Howard, the fear surrounding Solo was that it wouldn’t quite justify its existence. Indeed, while the film was fun, it spent way too much time answering questions no one was really asking, and in doing so, failed in that stated mission of relevance. Despite one hell of a tease with the reveal of a famous character in the film’s final moments, setting up a potential franchise run of movies, the box office disappointment will likely not see a second go-round, at least not as a Han Solo film.

While an $84.4 million opening weekend and $339.5 million worldwide gross might sound impressive for most films, it’s a bit of a disappointment for a Star Wars movie. Even Rogue One, which divided audiences, opened to $155 million and far surpassed those numbers.

Maybe it’s Star Wars fatigue (The Last Jedi came out just six months prior). Maybe it’s not. Perhaps a better film would have seen bigger numbers. However, one thing that’s clear is that the strategy of inundating audiences with Star Wars movies isn’t going to work if all you’re doing is giving us “hey, remember that guy?” films.

According to Collider, in large part because of the underperformance of Solo, Lucasfilm has decided to put the kibosh on plans for a few other upcoming spinoff films. Notably, plans were underway for an Obi-Wan Kenobi standalone film, but those appear to have been scrapped. Also, despite announcing a Boba Fett standalone movie right before Solo hit theaters, it now appears that the company is pumping the brakes on that as well.

On paper, both sound like good ideas. You already have Ewan McGregor available to take up the mantle of Obi-Wan Kenobi once more. And with Boba Fett, you get one of the most iconic Star Wars characters of all time and a chance to tell audiences what happened between the time he was a kid to the time falls into the Sarlacc pit.

However, when you really dig into both ideas, there are cracks. Between the prequels and the animated series, you’ve already told 90 percent of Obi-Wan’s story. What’s left to tell? A side story about an adventure on Tatooine? That’s not really worth a whole movie. As for Fett, part of his appeal is the unknown. Like Han Solo, by making a movie that “explains” him, you undercut the mystique of the character.

And perhaps that speaks to the larger point. Should Lucasfilm and Disney be putting so much focus on trying to regurgitate the ideas we already know? Star Wars became what it is because it felt new and fresh (even if the basic plot structure wasn’t). You’ve already got the new trilogy there to tie-in our favorite characters from the original trilogy, how about using the standalone films as opportunities to tell new stories.

It’s not like you have an entire universe and millennia of time to play with, right?

Star Wars fans are a curious bunch. They, unfortunately, tend to fall into the category of obsessive geeks who claim a sense of ownership over the product because they’ve invested so much of their time and money in it. And the rise of nerd culture has certainly empowered them to feel as though they have an actual say in how these films should progress. Just this week, a group of fans announced in earnest that they are trying to raise money to remake The Last Jedi, which they felt was unbecoming of a “true” Star Wars film.

Our team of producers is offering to cover the budget for a remake of The Last Jedi in order to save Star Wars. Share this and spread the word to let @RobertIger & @Disney know you want this! This isn't a joke, we're ready to have the convo now! #RemakeTheLastJedi #StarWars

By continually going back to the well and making movies about the classic characters, Lucasfilm and Disney are only ever going to get one of two outcomes. Either provide fan service in the face of good storytelling, or, more likely, disappoint these audiences because the final product isn’t the expectation in their head.

For a lot of reasons, putting Obi-Wan and Boba Fett movies on hold is a smart move. But if nothing else, it’s an opportunity to step back and remember that the point of all this is creative and new storytelling. It’s a chance to build new audiences of fans and, perhaps, ones that aren’t such whiny babies when they don’t get the thing they think they want.

1 thought on “Stepping back from spinoffs is the right move for Star Wars, which has a universe worth exploring”