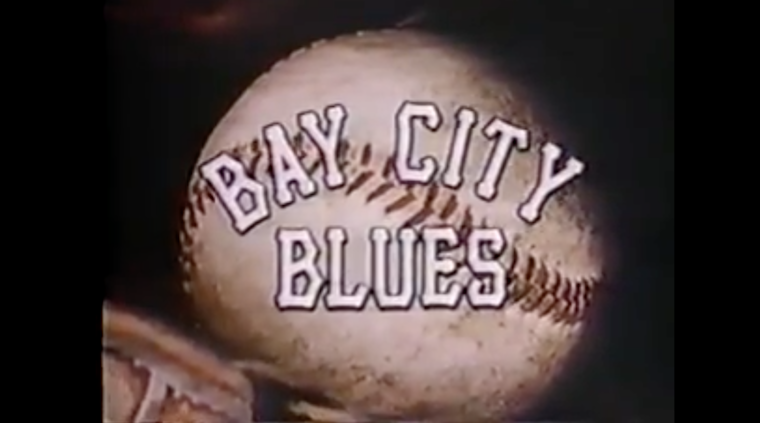 Last Sunday, acclaimed TV producer Steven Bochco passed away at the age of 74. Depending on your age, Bochco’s legacy might not resonate. But go back a generation (ask your parents!) and Bochco created some of the most memorable shows on TV, and the doors he opened continue to influenced the TV we watch now.

But we cover sports and sports media here, so this won’t be another piece about the legacy Bochco established with shows like Hill Street Blues, L.A. Law and NYPD Blue. However, it is worth noting that one of Bochco’s most notable failures is something that still gets talked about — and often mocked — to this day: the musical police drama Cop Rock. Yes, cops breaking into song and dance was once on our TVs, albeit for only 11 episodes in 1990.

Bochco even dipped a toe into sports-themed drama. Back in 1983, he created a series titled Bay City Blues about a minor-league baseball team, the Bluebirds, who played in fictional Bay City, California. (The intro embedded above is almost comically somber.)

“Bay City” alludes to Michigan for many people (including the guy writing this post). The 1970s pop group, the Bay City Rollers, even chose their name by throwing a dart at a map, which hit near the city located between the “index finger” and “thumb” portions of Michigan’s mitten shape.

The drama-comedy (the term “dramedy” probably hadn’t been coined yet) featured an ensemble cast (as most Bochco productions did) of largely unrecognizable names. But there are a few that viewers will recognize, such as frequent Bochco collaborator Dennis Franz, Ken Olin and Bernie Casey. A young Sharon Stone was also part of the cast, in addition to Mykelti Williamson.

Bay City Blues only lasted four episodes on NBC (though eight were produced), so it was hardly a hit. Maybe it had signs of a second life, thanks to ESPN Classic? But there were only four episodes to replay. And the promo above doesn’t really convey a quality TV show.

(Even in 1983, did TV critics roll their eyes at another Bochco TV show with “Blues” in the title? Maybe that set up unfair comparisons to Hill Street Blues.)

But Bochco and many of his contemporaries would surely tell you that not every effort will be a hit. Maybe a producer will go one for five? That’s probably a really good success rate, actually.

Now that baseball season has started, maybe there’s no need for a cancelled 1980s dramedy to cure your fix. But if you are curious, the first three episodes (1, 2 and 3) of Bay City Blues are available on YouTube, courtesy of user, Big Muddy Football Guy. (Where’s the fourth one, BMFG? Hey, we’re grateful for the three you uploaded.)

With NBC reviving shows like Will and Grace, maybe somebody can take another swing at a show about a minor league baseball team. Or should we content ourselves with the hilarity of Brockmire instead?