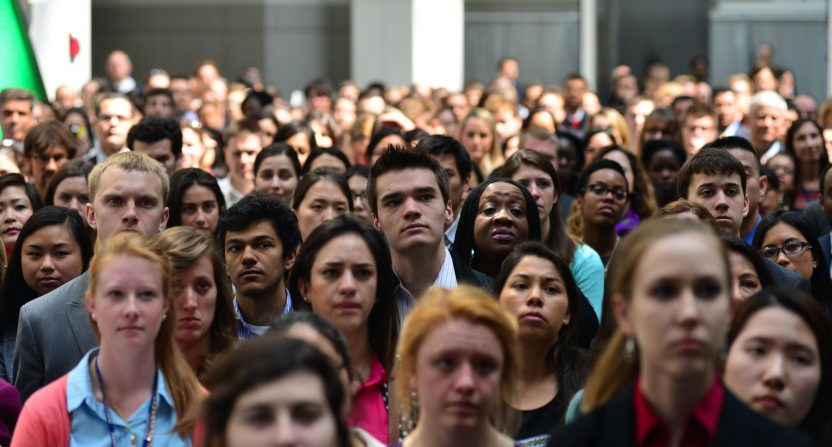 Here is the investopedia definition of millennial:

Millennial is the name given to the generation born between 1982 and 2004. Also known as Generation Y (Gen-Y), the Millennial generation follows Generation X and in terms of numbers, and has edged out the Baby Boomers as the biggest generation in American history.

Well, that makes me a millennial so let’s get a couple things straight:

I was the captain of my high school golf team and love playing golf. #noshame

I use a ton of napkins.

I would LOVE to go on a vacation right now.

As a kid I loved running around Home Depot. As a college graduate, I love Home Depot.

I ran this morning and plan on running tomorrow. I also have two millennial aged friends running a half marathon this weekend.

I once did a focus group and got paid to eat hot dogs. I would 100% do it again.

So how is it that I am suddenly killing all of these things? Now granted I am just one of millions of millennials around the world, but I also have plenty of friends who love napkins, Costco, vacations, and all the other things us millennials are apparently “killing.”

THEN WHY DO PEOPLE KEEP BLAMING THINGS ON US!?

Seriously, how many things could one age group between 13 and 35 years old be killing at once?

Also let’s take a deeper dive at some of the things I pointed out above:

1. Vacations: How could millennials be killing the “vacation” industry? The Inc.com article about millennials and vacations referenced a study stating millennials are killing vacations, but it also made this very important point:

Of course, as the youngest employees in the office, Millennials often have the most to prove and the least sense of security, given both their short tenure at their jobs and the still pretty perilous state of the job market for recent grads. They’re essentially right that they’re the most replaceable employees on the team, which is a valid driver of their work stress in general and their vacation stress in particular.

But let’s also keep something in mind, plenty of millennials are going on post-grad trips around the world or on booze and alcohol fueled spring break trips in the Caribbean. Are those included in the study? Maybe if people who think millennials are killing vacations didn’t think just about work vacations and instead any sort of vacations (i.e. spring breaks, post-grad adventures, trips with their family, etc.) their arguments wouldn’t exist.

2. Costco: Fortune.com posed the question of will millennials kill Costco? Here’s part of the reason why they asked this:

As Retail Wire pointed out, Costco has a long way to go to reach millennials via the generation’s favorite mode of communication, social media: “Costco’s Facebook page has 1.1 million likes versus 22.7 million for Target and 34.5 million for Walmart.” Meanwhile, Costco’s Twitter page is reportedly inactive.

Also this is pretty important and it comes straight from the beginning of the article!

“It’s understandable that Costco’s customer base skews older. A car is all but a necessity for the typical “stock up” visit to Costco, and compared to older generations, millennials tend to not own cars and don’t seem to want to own cars. Most Costco stores are in suburban locations, while millennials tend to prefer urban living…”

Full stop. The article should’ve ended right there or at the very least shift into an article about how millennials are killing the auto industry.

“After two decades of furious growth in footrace participants, the number of finishers dropped 9% in 2015, according to industry-funded research group Running USA. Coming off a small decline in 2014, the 2015 slide points to a sustained cooling off of footrace fever, something that was unimaginable only two years ago, when Running USA reported that the number of 2013 finishers had reached…”

Okay I’ll be honest I don’t have a WSJ subscription so I can’t read more, but just that portion makes me question how on Earth you can blame millennials.

One reason why you can’t blame millennials in my opinion? Fitbit, Nike, Adidas, Under Armour, and every other company consistently churning out running gear or equipment. If millennials are killing the running industry, why is so much new running technology consistently being invented?

Earlier I mentioned I have two millennial aged friends running a half marathon this weekend. I have two more running in the upcoming Boston Marathon. I’m going to text them right now to ask them how they are killing running.

I’m a millennial and I love Costco, napkins, golf, and all the other things listed above along with plenty of other things I’m supposedly killing such as:

But hey, at least we are making pooping cool again!