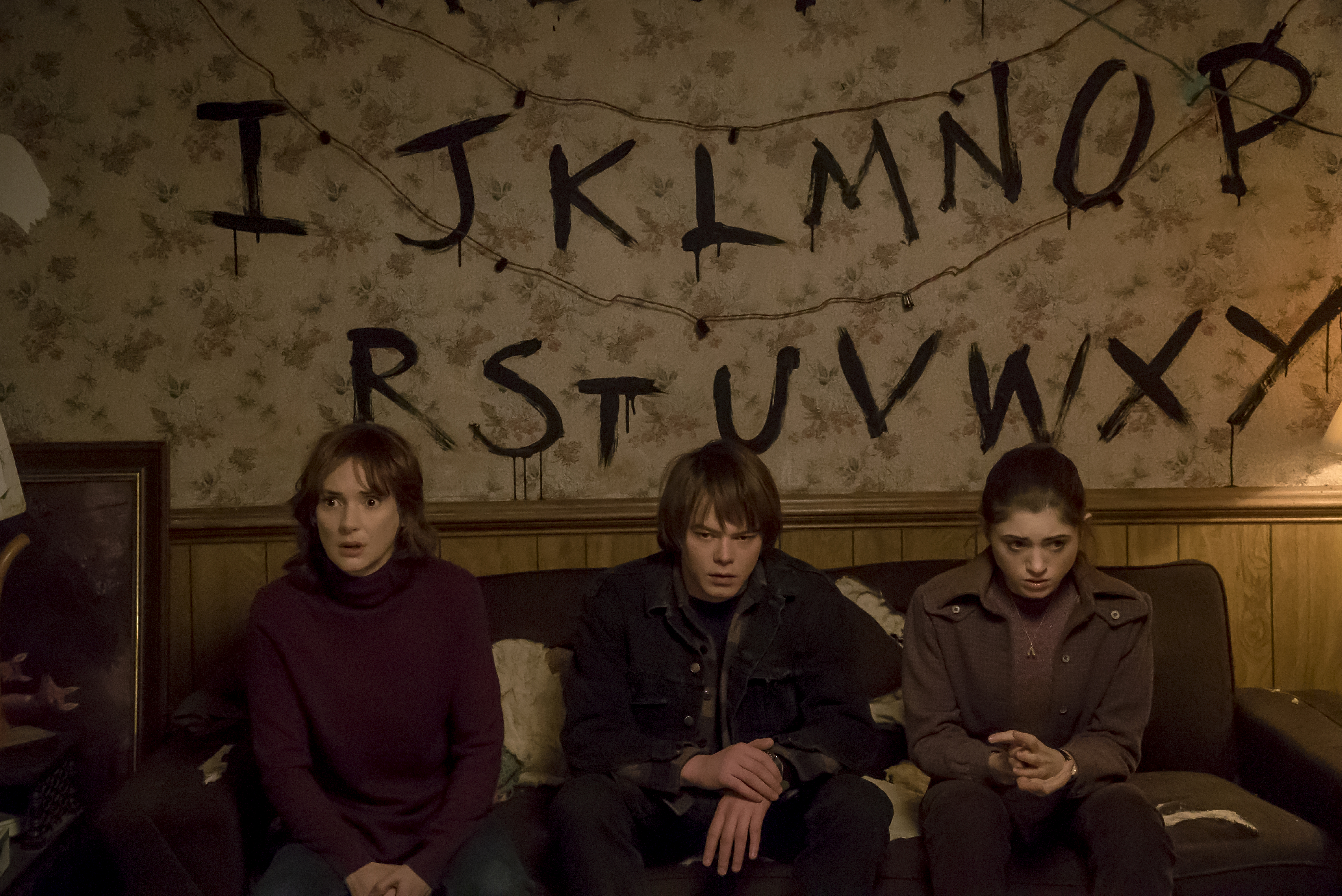 Head’s up, there will be minor spoiler discussion below. Don’t go breaking our neck with your telekinetic powers. We warned you.

The golden age of prestige television that we’ve been living in for the last fifteen years or so has been heavy on a few key ingredients: Violence, misery, suffering and the soul-crushing realities of life.

All of them fantastic shows. All of them, if you strip away the genres and the plots, are ultimately about the human experience, how we choose to navigate the world, and the consequences of those actions. That’s the basis for pretty much any relevant TV show when you boil it down.

But almost all of them are also caked in blood and human misery and showing us the perseverance needed just to break even in this unforgiving life.

What is it about the last decade that all of our most prestigious TV shows have been, for the most part, about miserable people doing miserable things? Why do we like that so much? Does it have something to do with the post-9/11 world we live in? Did we lose our sense of innocence along the way and now we’re punishing ourselves for it?

Maybe, maybe not. While it’s true that genre TV has been one place we can go to find slivers of that old timey fun, it’s rare to find one that knows how to balance that kind of magic and wonder from the heydays of Steven Spielberg and Stephen King with good television storytelling.

Stranger Things, we can hope, might be ushering in a new era of TV just like that.

The new Netflix series, which dropped in its entirety on July 15, is at once a love letter to the aforementioned masters of cinema and horror as well as a tightly-paced, well-told fantasy tale that strikes a perfect balance between scares, thrills, humanity, and of course fun.

As the show begins, something dangerous has escaped from an underground lab that just so happens to be in the town of Hawkins, a typical 1980’s movie suburb. Four young friends (Mike Wheeler, Dustin Henderson, Lucas Sinclair, and Will Byers) have just finished playing a ten-hour Dungeons & Dragons campaign but, on his way home, Will is accosted and abducted by…something. His mother, Joyce Byers (Winona Ryder), begs listless Sheriff Hopper (David Harbour) to investigate. Meanwhile, Will’s friends take it upon themselves to find Will but instead run into Eleven (Millie Bobby Brown), a young girl with a shaved head in a hospital gown who has no idea where she is. They take her back to Mike’s place, unaware that the evil Dr. Brenner (Matthew Modine) is desperate to find her at any cost. 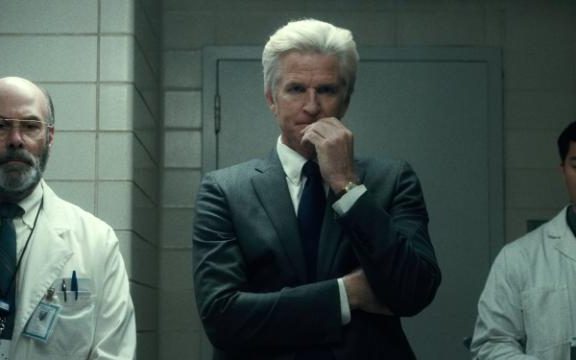 The fear heading into Stranger Things is that it would simply be a love letter to Spielberg and King, putting its focus on easter eggs and references instead of telling an original story. Too often these days in pop culture it feels like there’s a tendency to lean that way (Hi, Comic Book Movies). That fear is assuaged by the second or third episode when it becomes clear that the show’s creators (The Duffer Brothers) admire their inspirations but are not beholden to them. The story that unfolds is unique unto itself, takes characters in different directions than you might expect, and ultimately reminds us that you’re allowed to balance fun and frights in a way that doesn’t leave you needing to take a walk afterward.

That said, it’s certainly hard not to see the show’s influences. The group of boys at the center of the story are right out of both a Steven Spielberg movie as well as a Stephen King story. Eleven, with her telekinetic powers, coupled with the creature that stalks children from the darkness, are prime King subjects (Carrie, Firestarter, It). It’s also hard not to see four young people walking along a train track and not think of Stand By Me. That the boys also have to deal with everyday concerns like their mothers or bullies while dealing with the imminent threat of death from either a shady government team or a monster, something that harkens back to films like E.T., Gremlins, The Goonies, or Back to the Future, all of which Spielberg played a role in. 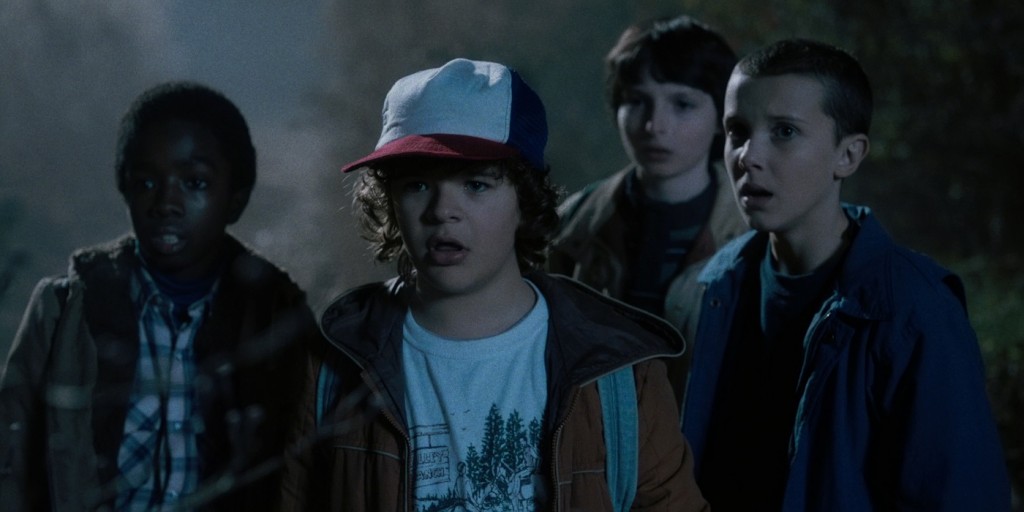 It should also be noted that there’s a clear John Carpenter influence at play here as well. The opening theme, which will be stuck in your head all day if you binge-watch the show, is a synth score right out of the Carpenter playbook. It’s not hard to think the master behind Halloween, The Thing, and The Fog also wasn’t thought of when devising this story.

The Duffers are smart enough not to give us too much information or too clear a look at the show’s big bad until the very end. All the while they pepper in the necessary information without pulling the show out of whack. The scares are there but they never overwhelm the humanity and the fun just around the bend.

They also know that as the first season (as there will certainly be a second) nears completing, they have to dial back the King influence and ramp up the Spielberg one. King’s stories often fall apart in the third act or take a dark turn that it’s hard to come back from. Meanwhile, it’s Spielberg who always found a way to draft melancholy onto his lessons, even if characters walked away happy. Loss of innocence was a major character arc in his stories involving children, even the lighthearted ones, and that’s a powerful message here as well. 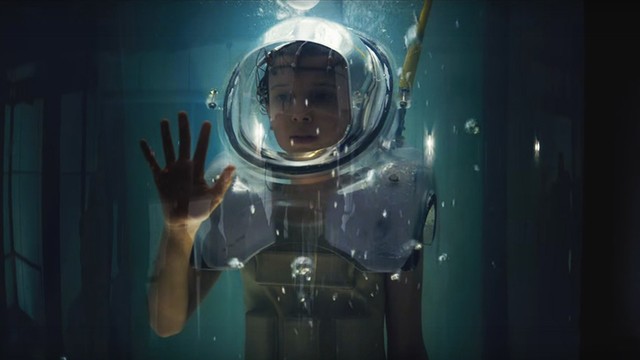 Perhaps the most effective thing Stranger Things did was create a season of only eight episodes. It would have been very easy to bump that up to an even ten. They very well could have padded it out to eleven or twelve if they’d wanted to. But they didn’t, because it was clear that the story required eight episodes and that’s it. The show is almost-shockingly lacking in filler, which can’t be understated these days. So many TV shows think about their first episode and their last episode and everything that happens in the middle is just place-holding (Hi, The Walking Dead). They do it because of financial reasons or because the ratings justify it or simply because they can. But Stranger Things seems to know exactly the story it’s telling and there is nary a wasted scene, let alone a wasted episode, in the bunch. It’s easy to imagine that viewers who usually don’t binge-watch a TV show will find this one much more palatable to get through quickly for just this reason.

For a show full of child actors, there are surprisingly few complaints to be had about the acting. In fact, the kids offer up some of the best performances on the entire show. Millie Bobby Brown was especially impressive to anyone who saw her in Intruders (which wasn’t many people), because they’ll see just how far she’s come in a short time. David Harbour as Chief Jim Hopper is likely to be the breakout star from the show as he gives a grounded performance that feels richer and deeper the more we learn about the character. While Winona Ryder can, at times, feel like she’s performing at one speed the entire show (What you might call “Give Me Back My Son!” method), she certainly holds her own and it’s great to see her get an opportunity like this. Not to be forgotten, Natalia Dyer (Nancy Wheeler), Charlie Heaton (Jonathan Byers) and Joe Keery (Steve Harrington) all do a great job in their teenage love triangle. 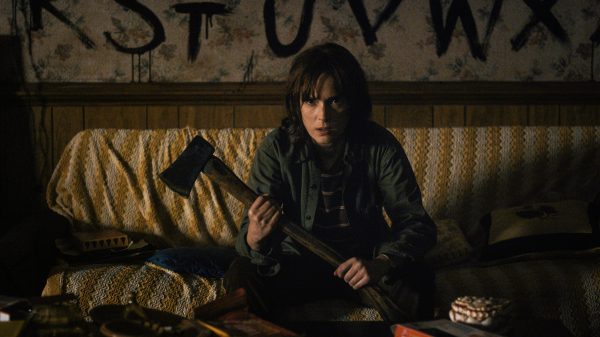 Not only does the show know the story it’s telling, it also knows where it’s going. The last episode sets up some very clear directions for a second season and leaves many of the characters in a kind-of limbo, ironic given the threat that they faced all season long.

Netflix hasn’t renewed the show yet but given the universally-praised reaction it will only be a matter of time. The subscription service has filled its ranks with a slew of different offerings, but they have to know they something special with Stranger Things. It’s an adventure story, a thriller, a horror story, a coming-of-age story, a love story, and a science fiction story all wrapped up in one.

Oh and it’s got one other thing that can’t be discounted. Fun.