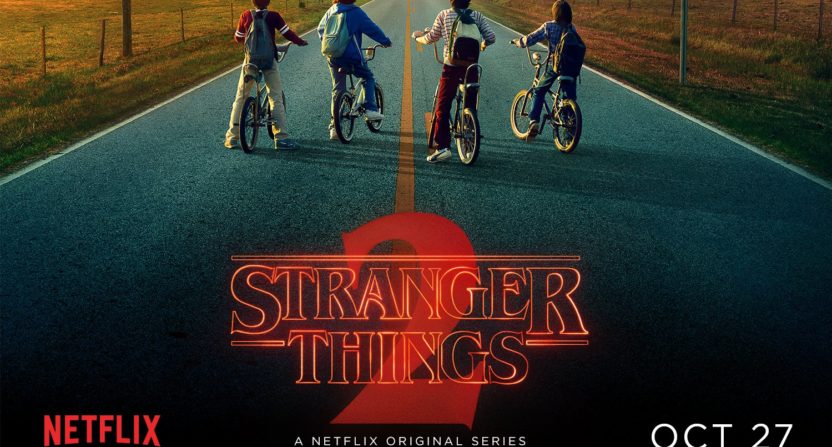 Ever since season one of Stranger Things ended, we’ve been wondering what season two might look like. We’re finally starting to get closer to finding out.

Tuesday, Netflix dropped the long-awaited news that season two will be available on their streaming service October 27. They also released a new teaser.

Some doors can't be closed. #StrangerThings2 arrives on October 27. pic.twitter.com/NALL5HQalg

The teaser opens by spelling out the tagline for the new season (“1984 only gets stranger”) while the ominous theme music plays. Then, we see three kids on bicycles, presumably Mike, Dustin, and Lucas, followed by a fourth (Will?). They’re all racing past the Welcome to Hawkins sign towards a scary red sky with lightning flashes and other terrible things to come.

We get an even clearer view of those terrible things with the reveal of the teaser poster. 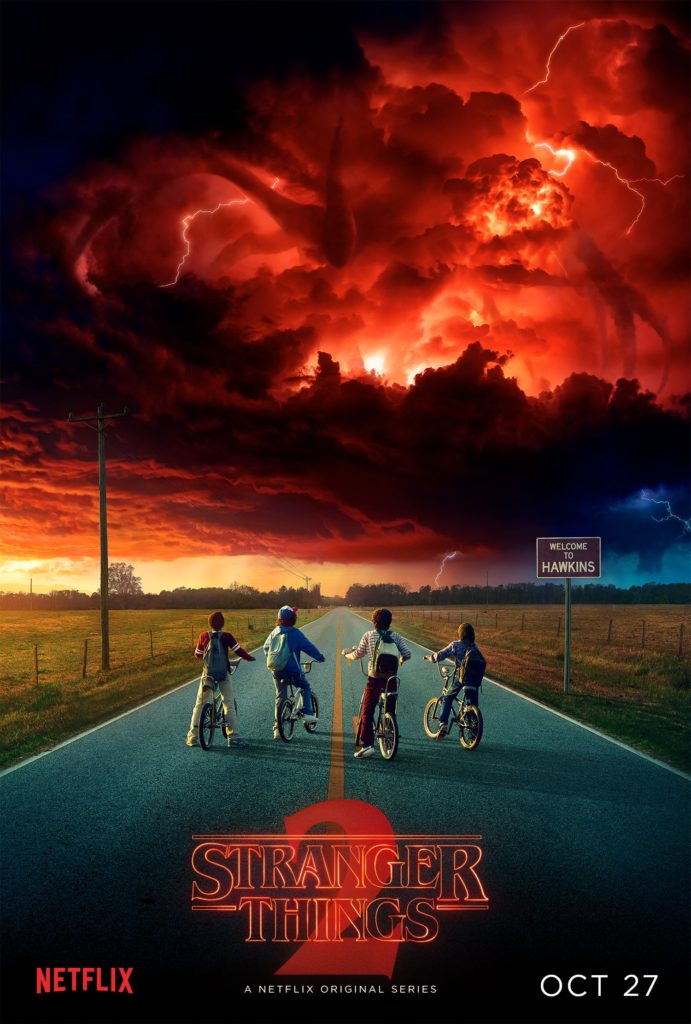 While we can’t know for sure, that tentacled thing in the clouds sure does seem to resemble the Demogorgon, the monster featured in the roleplaying game that the boys played in Mike’s basement in season one. While the monster of the first season was referred to as the Demogorgon, something tells us that an even bigger monster is on its way in season two.

Season two of Stranger Things is said to take place close to Halloween. The official synopsis reads, “It’s 1984 and the citizens of Hawkins, Indiana are still reeling from the horrors of the Demogorgon and the secrets of Hawkins Lab. Will Byers has been rescued from the Upside Down but a bigger, sinister entity still threatens those who survived.”

While most of the characters from season one return, including Eleven, several new characters will be played by Paul Reiser, Sean Astin, Will Chase and Brett Gelman.