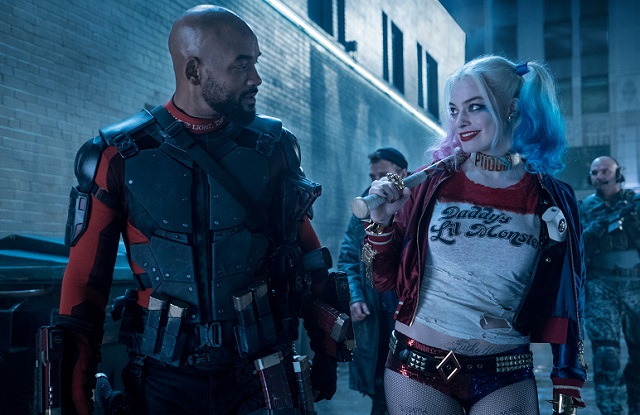 Suicide Squad only had to save the summer movie season. No pressure. Well, at least no more pressure than these imprisioned supervillains face with a nanite bomb implanted in their necks that could be set off with a press of a button if they attempt to escape or go rogue.

Unfortunately, the negative buzz that’s been circulating among critics and the movie internet for the past week is true. Suicide Squad really isn’t very good, which makes it arguably the largest disappointment of the summer. Fans hoping this would redeem the DC Entertainment cinematic universe from the letdown of Batman v Superman will have to look for another savior, perhaps Wonder Woman or Justice League.

What makes the disappointment more acute is that the entire premise here seemed so damn promising. First and foremost, basing a blockbuster movie around supervillains appeared to be a fresh, necessary twist on the superhero movie. The original Suicide Squad concept introduced in DC Comics in the late 1980s accomplished much the same objective. Follow the bad guys that are often more interesting than the good guys and utilize some excellent characters that go unused unless they’re pitted against the heroes.

Without Suicide Squad, audiences (filled largely by comic book and superhero movie fans) may not have gotten a chance to see characters like Harley Quinn, Deadshot, or Killer Croc brought to life on the big screen unless they somehow made it into a new Batman movie. (We were bound to see another version of The Joker at some point, especially with Warner Brothers and Ben Affleck rebooting Batman.) And since they’re headlining the movie, roles like Quinn and Deadshot are filled by actors like Margot Robbie and Will Smith, respectively.

Appropriate to their star power — especially in Smith’s case — Suicide Squad is largely focused on Harley Quinn and Deadshot. The latter character, whose civilian identity is Floyd Lawton, is essentially the moral center of the story. Will Smith can’t just play a totally heartless killer, right?

Despite all the people that he’s gunned down for a big payday, along with a ridiculous profiency with firearms, Deadshot needs a kernel of humanity to make him relateable. He’s doing all this for his young daughter. Who would really try to stop him? Only a big, bad superhero who makes a notable cameo appearance, making him into the bad guy who would take a father away from his daughter.

That might be as clever as the script by director David Ayer (End of Watch) gets, however. The rest of the story is an absolute mess, largely because there really isn’t any kind of story here. Suicide Squad is essentially a two-hour trailer for what could have been a far better movie. To be fair, Ayer tries to jump right into the action, keeping the pace fast and fun as we’re introduced to these characters while they’re already imprisoned or being captured.

Instead of relying completely on expository explanations from Amanda Waller (Viola Davis), the ruthless government official who puts this entire operation together, or Rick Flag (Joel Kinnaman), the soldier whose job it is to keep these criminals focused on their mission, Ayer briefly stops the action with colorful graphics and an on-screen dossier that details each villain’s crimes, skill sets and maybe some personal history. Try to catch all you can as fast as you can. There’s some stuff in those dossiers that comic book fans might find intriguing.

(Personally, I could go for seeing the first 20 to 30 minutes of this movie again, just to see a few of those details again or watch some memorable scenes of these villains being captured by their superhero adversaries.)

But once Ayer gets past introducing his characters and establishing the refreshing joy of basing a movie around characters who are shady, unethical and downright disturbing (which is why so many were excited about Suicide Squad in the first place), he really doesn’t know where to go. You can almost feel him (or studio executives) saying, “OK, now what? We have to do something with all of this.”

A big problem with movies like these is that the story has to provide a worthy adversary for an assembly of superpowered and super-skilled protagonists. What convinces Waller that it’s time to break the glass and use this unconventional task force that she’s convinced the government to approve? The potential threat that she dangles in front of the higher-ups is that someone like Superman could decide to cause chaos rather than maintain order, and the government has no defense against that.

But Superman isn’t tearing the roof off the White House to attack the president, and the U.S. military could presumably handle any domestic terrorist threat. So Ayer has to come up with something worthy of letting Waller roll out her new concept for a test run. And it was probably a shrewd development for the team’s ultimate adversary to result from Waller’s arrogance, her willingness to explore whatever means necessary to assemble her weapons-grade supergroup.

As Waller puts it herself, she found a witch. More specifically, she found the Enchantress (Cara Delevingne), whose talents are based in dark magic. That delves into more fantastical territory than the DC Comics movies (and Marvel films, until Doctor Strange is released this November) have previously explored.

But Ayer doesn’t spend too much time dwelling on that. He needs that magic to create something for these villains-turned-unwilling-heroes to fight. And most of the second half of the movie follows the Squad going through the streets of Midway City fighting transfigured henchman. But watching that action is like watching a video game being played. There’s no drama or thrill to it. It’s just action for action’s sake, which isn’t even particularly well-staged.

What’s important is that Enchantress’ human identity of June Moone has a relationship with Flagg, something Waller uses as leverage, and that her supernatural persona has a brother, Incubus, who’s capable of unleashing some incoherently terrible menace upon the world. But Incubus (played by relative unknown Alain Chanoine) is just a plot device, a formidable, seemingly unstoppable threat that requires Waller’s team to take him down. There’s no story to him, no personality. He’s basically a digital effect that the Squad has to battle, because that’s what happens in movies like this.

Suicide Squad was supposed to be something different, an alternative to typical blockbuster fare. But after introducing the intriguing concept, Ayer leans on a familiar formula. There’s a significant, grandiose threat which could wipe out the world because it’s opening a hole in the sky. But just keep punching, shooting, firing and exploding stuff at whatever that thing is until that hole closes and humanity is safe again.

Davis is fantastic as Waller, a total hardass character that hasn’t really been seen in superhero movies. Smith does what he tends to do as Deadshot, and it’s fun to watch. The other villains are amusing and intriguing. And Robbie is fun as Quinn, especially when she interacts (mostly through flashbacks) with Jared Leto’s Joker. But for as much screen time as she gets, she doesn’t have much to do with the outcome of whatever attempt at a story this is.

There just isn’t much of The Joker, either. He has to be in the movie because of his connection to Quinn, but with perhaps one exception, he has no influence on the narrative. Like the rest of Suicide Squad, he’s only a good idea that really isn’t utilized very well past the novelty of him being introduced in the first place.