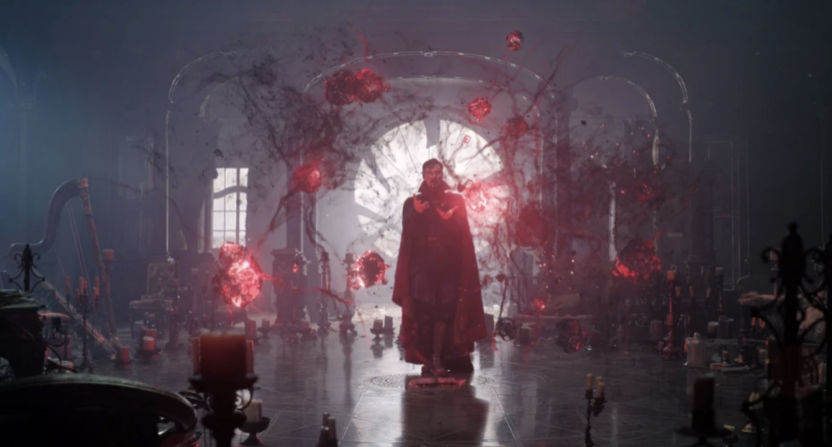 The post-pandemic world belongs to Marvel and DC Comics.

There are understandable concerns over the survival of theaters. Will people still be motivated to get up off their couches and go outside their homes to see films when so much content is easily accessible on their devices?

Going to the movies can be a hassle. You’re often dealing with sticky floors, dirty bathrooms, and overpriced concessions. Who needs that aggravation? Well, as it turns out, people are willing to leave their comfort zones for certain experiences.

The public has spoken, voting with their dollars. People have a huge appetite for superhero movies. The bubble hasn’t burst. According to Box Office Mojo, the top-grossing movies of 2022 so far are The Batman ($369,202,709), Doctor Strange in the Multiverse of Madness ($291,862,523), and Spider-Man: No Way Home ($231,683,061). The latest Spider-Man flick was released in mid-December, but its success set the table for Doctor Strange.

It’s one thing for tentpole franchises like Spider-Man and Batman to be huge financial hits. But the newest Doctor Strange movie has already made more money domestically than the original installment.

That people love these movies isn’t news. Marvel and DC have been dominant for a while. But the pandemic accelerated trends that were already underway.  In 2019, four of the top six movies of that year were superhero films, led by Avengers: Endgame.

This year, those same films are making up a larger percentage of available features. Theaters, especially chains like AMC, Regal Cinemas, and Cinemark, show those movies as often as possible. When Doctor Strange was released earlier this month, many people on social media commented on the sheer volume of showtimes.

Theaters are simply giving the people what they want: as many different options to see their favorite superhero movies. Not quite the immediate gratification of on-demand viewing, but reasonably close. And you can’t quite replicate this event at home. No matter how good your entertainment system is, it will never be theater-quality. Plus, what sets superhero movies apart from other genres is that it’s best enjoyed as a communal experience.

In Spider-Man: No Way Home, when the three Peter Parkers surprisingly appeared together on screen, there were loud cheers from the audience in theaters across the world. The energy from the crowd added to the joy. Try watching those scenes at home with family or a few friends. It doesn’t quite hit the same emotional crescendo.

These moments, coupled with fan interaction, are a big reason so many love superhero movies. It’s not just about the escapist fun, but it’s a great way to connect with others who share your passion for these beloved characters.

The powers that be are acutely aware of our fondness for the familiar. Why do you think there are so many reboots, sequels, prequels, and spinoffs? Intellectual property, otherwise known as “IP,” rules. Studios don’t care so much about originality. They’re in business to make money. In a cost-conscious economy, Hollywood is reluctant to greenlight large budgets for original fare like comedies, dramas, etc. More and more of those films are going right to streaming services like Netflix, Amazon Prime Video, and Hulu.

If executives are going to bet big, they’re going to bet on sure things. And superhero movies are about as close to guaranteed profits as you can get. Sam Barsanti of The AV Club pointed out that Doctor Strange in the Multiverse of Madness made $61 million last week, which was a 67 percent drop from its opening week. However, that figure was still significantly more than the No. 2 movie of last week: The Bad Guys ($7 million).

Heck, even the critically panned Morbius did well. It made $72 million domestically ($162 million worldwide) on a $75 million budget. While somewhat disappointing by superhero movie standards, any other studio would love those numbers.

So, enjoy this golden age of superhero movies. Studios are financially incentivized to keep making more of them. As long as we keep showing up to the theaters.