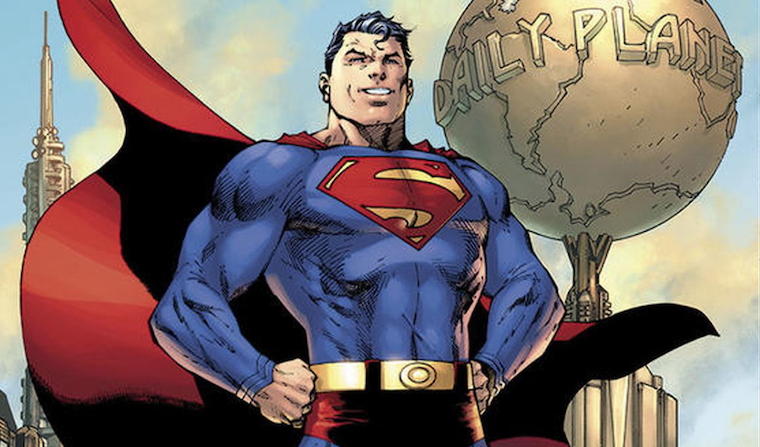 Superman’s outerwear has been a problem over the years. No, not his cape. And Superman doesn’t need to wear a parka or down jacket, even though he likes to hang out at the North Pole in his Fortress of Solitude.

For most of his 80 years of existence, Superman has worn his underwear on the outside, sporting red trunks as part of his iconic ensemble. In an attempt to modernize the character’s look and make him less dorky to current audiences, DC Comics ditched the red trunks as part of its company-wide “New 52” reboot. Superman’s outfit was a suit of armor from his home planet of Krypton, rather than a set of tights.

But everything old eventually becomes new again and nowhere is that truer than in comic books, which constantly struggles to appeal to fans’ nostalgia while also attempting to reach new readers and appear cool to current audiences. DC once again overhauled its publishing line with 2016’s “Rebirth” initiative and further revised Superman’s costume, ditching the armored look, eliminating his red boots and giving him wrist gauntlets like Henry Cavill’s version of the character wears in the movies.

In what was surely an inevitable move, the publisher is restoring Superman to his classic look for the upcoming Action Comics, issue number 1000. (The issue will also include the first DC story written by longtime Marvel Comics scribe Brian Michael Bendis, jumping to the competition after nearly 20 years.) The milestone book is set to be released on April 18. 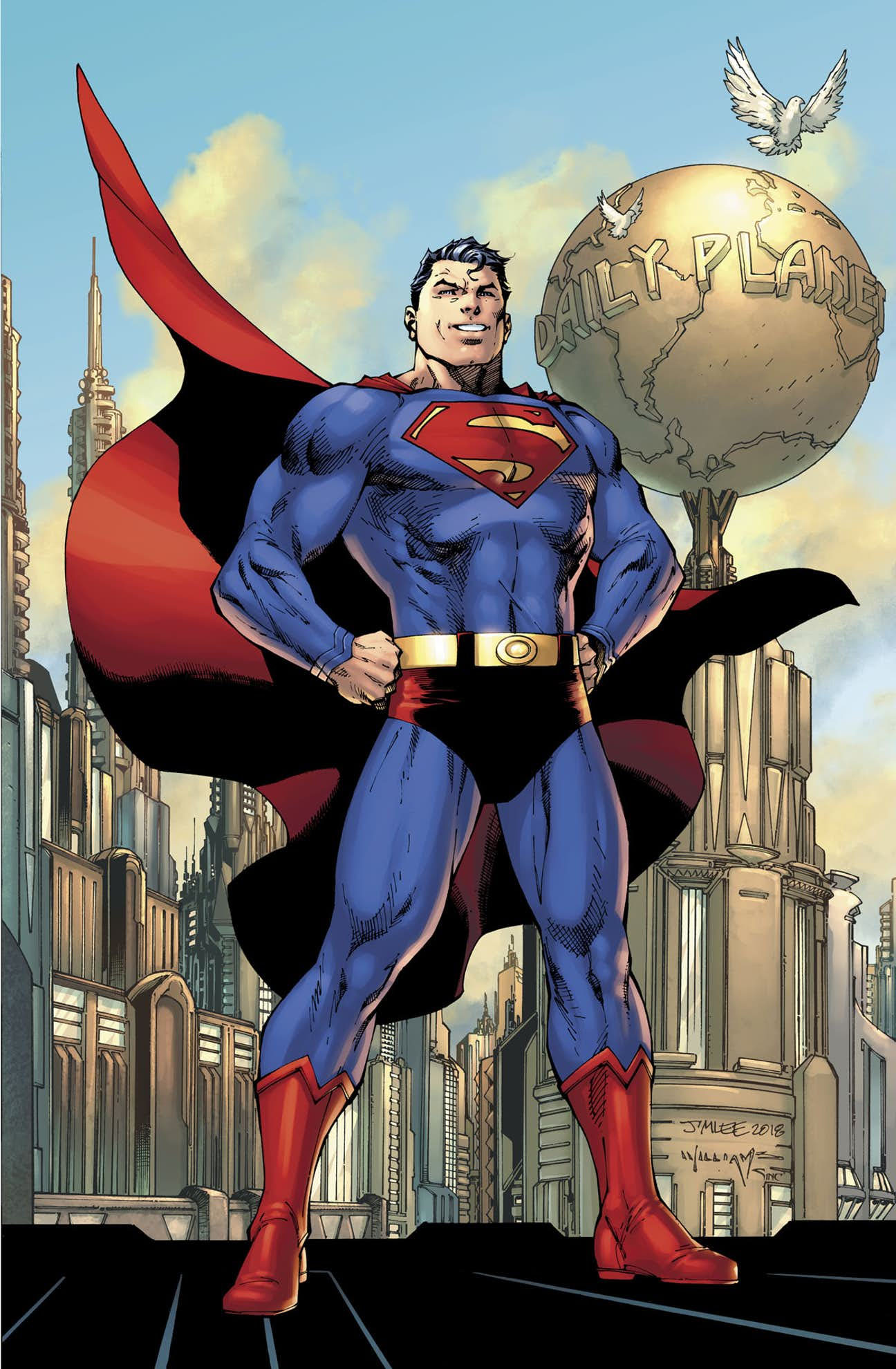 The costume Cavill wore in 2011’s Man of Steel (along with Batman v Superman and Justice League) also resembled armor, but something more medieval and knightly. The red tights were nowhere to be seen, presumably hoping to help the character look more sleek and regal for his cinematic revival. But that was a departure from previous live-action incarnations. Christopher Reeve wore the red trunks, as did Dean Cain and Brandon Routh.

“Action Comics #1000 represents a watershed moment in the history of not just comic books, but entertainment, literature, and pop culture,” said artist Jim Lee, who drew the issue’s cover. “There’s no better way to celebrate Superman’s enduring popularity than to give him a look that combines some new accents with the most iconic feature of his classic design.”

When the character made his debut in 1938, wearing trunks over his tights didn’t seem that unusual. Writer Jerry Siegel and artist Joe Shuster based Superman’s costume on the circus strongman outfits of the era. Author (and comic book writer) Grant Morrison explained the choice in his 2011 book Supergods:

“Underpants on tights were signifiers of extra-masculine strength and endurance in 1938. The cape, showman-like boots, belt and skintight spandex were all derived from circus outfits and helped to emphasize the performative, even freak-show-esque, aspect of Superman’s adventures.”

It should also be noted that Batman wore his trunks on the outside for a good chunk of his existence. DC ditched that look much earlier, going all-black in 1995, likely inspired by the Batman movies. Since then, the Dark Knight has sported a near-monochromatic look of grey or black on his costume. 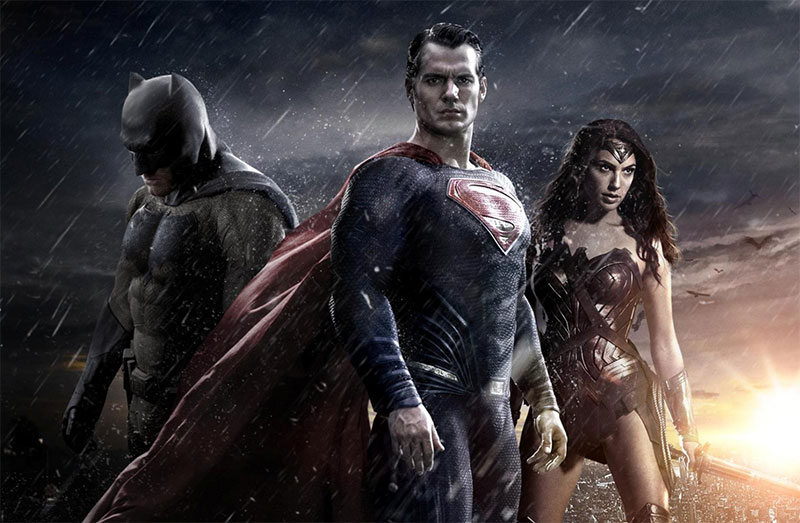 Why go back to the red trunks? Are they as iconic a feature as Lee said in his statement? Sure, underwear on the outside looks ridiculous in real life. Though we’ve become accustomed to costumed adventurers in live action, thanks to the explosion of superhero movies in pop culture, consideration still has to be given to what would look plausible.

But in comic books, such concerns aren’t necessary. What’s more important is what looks cool on the page and which colors pop. And for Superman’s suit, the red trunks serve a necessary aesthetic function: The red breaks up all the blue. (The yellow belt helps with that too.) The costumes look a bit awkward without that element, as if something is missing. Maybe it somehow works for Batman because we’re more accustomed to him wearing body armor, especially in the Christopher Nolan Batman movies. But DC has never had to worry as much about making Superman cool for current audiences, either.

Comic books don’t have to resemble the movies, even if the films have a much greater impact in pop culture. (Though it certainly helps, if you’re hoping to attract new readers checking out the comics after seeing the movies.) Superman was already a global icon — and despite all of DC’s changes over the years, the classic look with red trunks has still been prevalent on most of the company’s merchandising, which is the true moneymaker. Why mess with what has worked for decades?

Superman doesn’t have to wear the red trunks in the movies — and he probably shouldn’t. But they work in the comic books and embracing that demonstrates that DC is acknowledging Superman’s rich history, in addition to the audience that still loves the character and reads his stories every month. Sure, the costume will probably change again in a few years when DC feels another change is necessary. But eventually, they’ll give Superman his red trunks back. They’re timeless, just like the character.

Sloan passed away due to complications from Parkinson’s disease and Lewy body dementia.

Sloan passed away due to complications from Parkinson’s disease and Lewy body dementia.