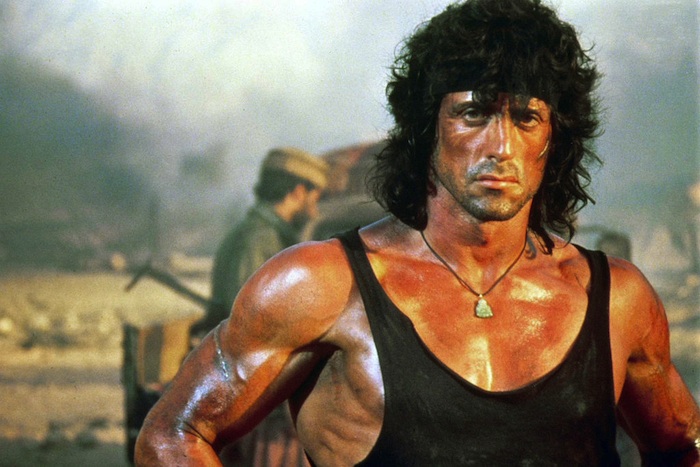 It appears the Sylvester Stallone ’80s reboots are not going away anytime soon.

The Rocky spin-off Creed is currently in the theaters — and getting great reviews — and now comes a report from The Hollywood Reporter that Sylvester Stallone has an agreement in place with FOX to executive produce a Rambo television series:

“The network is teaming with the franchise’s star for Rambo: New Blood, a potential series based on the Rambo feature films with Stallone on board to exec produce, The Hollywood Reporter has confirmed. It’s unclear whether Stallone will have an on-screen role in the drama, which revolves around Rambo and his son.

Written by Jeb Stuart (Die Hard, The Fugitive), the Rambo TV series hails from Entertainment One and Avi Lerner’s Millennium Films. The project explores the relationship between Rambo and his son, J.R., a former Navy SEAL who has never been featured in any of the Rambo movies. Rambo would be a central character in the potential series, a change from CBS’ one-time Beverly Hills Cop reboot that centered on Axel Foley’s son, with star Eddie Murphy only attached for infrequent appearances.”

As the excerpt notes, it’s unclear whether or not the 69-year-old Stallone will actually appear in Rambo: New Blood, or just serve as an executive producer.

Rambo is a four-part film series, with the first installment (First Blood) debuting in 1982 and the most recent installment (simply titled Rambo) releasing in 2008.

This TV reboot seems like something that could be either really fun or, let’s be honest, really awful.

There are sure to be plenty of explosions and great action sequences, but it will need more than that to be a successful series. Cheesy dialogue and fun action for an hour and a half can make for a fun time watching on the big screen, but it’s harder to enjoy that over several separate television episodes. And even if Stallone is a character in the show, the nostalgic effect FOX likely has in mind with the series may wear off for an ’80s-loving viewer after a few episodes.

So, this will be quite a challenge for Stallone and FOX, but it’s certainly an intriguing concept and it will be interesting to see how it all pans out.