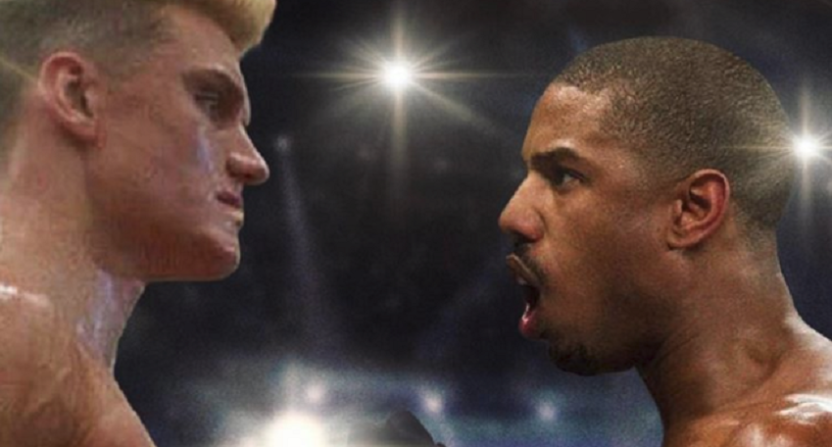 It’s been more than a year since we’ve heard anything about a sequel to Creed, a continuation of the Rocky Balboa saga that was a breakout success for star Michael B. Jordan and director Ryan Coogler. Last January, MGM said there would undoubtedly be a sequel, which shouldn’t be a surprise for a film that earned $173.5 million worldwide (against a $35 million budget).

Since then, however, there hasn’t been much movement on a follow-up. MGM eyed a November 2017 release, but that’s not going to happen. Coogler is busy with Marvel’s Black Panther, for one thing. Jordan is highly in demand as an actor.

But Sylvester Stallone has apparently been thinking about a Creed sequel quite a bit and has been sharing those thoughts recently with fans on Instagram (and a #CREED2 hashtag). Creed introduced us to Adonis Creed, the son of Rocky’s rival and friend Apollo Creed. What if Adonis ended up facing the offspring of Ivan Drago, the man who killed Apollo in the ring (in Rocky IV)? Pursuing some form of revenge against the man who killed his father, even if it was through his son, would certainly be an intriguing storyline.

Here’s a chance to stretch your imagination … HISTORY WILL ALWAYS REPEAT ITSELF IN ONE FORM OR ANOTHER, JUST GOT TO BE READY! … Sins of the Father…. #creed2 # agentnickyc #rockybalboa

Such a story could also answer the question of whatever happened to Drago (played by Dolph Lundgren) after he lost to Rocky in mother Russia. Was his boxing career over after that? Did the Russian government reassign him to other tasks? Was the program that seemingly built the perfect, indestructible fighter discontinued? (this could be an opportunity to comment on recent Russian doping scandals.) Maybe Drago’s son would hold a grudge over that.

That may not be a storyline fans ever wanted to revisit. The Rocky movies have always been about Rocky Balboa’s career and life. But the saga has moved on to Adonis Creed’s story. Rocky may still be a part of that, as his mentor and trainer. And if a sequel did somehow involve Ivan Drago and his family, Rocky could certainly be a part of that. After all, he’s the guy who didn’t throw in the towel when it was clear that Apollo was overmatched and was being severely beaten. Both fighter and mentor would have some issues to confront in such a story.

Another plotline for a Creed sequel could also involve flashbacks to Apollo and Rocky during their heyday. Variety reported last January that one of the ideas Stallone and Coogler were bouncing around was going back into the past with the two boxers. Maybe those flashbacks would also involve Ivan Drago.

But Stallone is 70 years old, Lundgren will turn 60 this year and Carl Weathers is 69. All three actors are still in outstanding shape, but going back in the past would surely involved some digital de-aging effects, like what we saw in Guardians of the Galaxy Vol. 2 earlier this year with Kurt Russell. That would make Creed 2 much more expensive than its predecessor.

Directing APOLLO AND DRAGO , The two best “cinema “boxers that ever lived!… Maybe it’s time to try to again?

Maybe Stallone is being taken a bit too literally here, and is talking more about the sons of Creed and Drago facing each other. He mentioned “sins of the father” in one of the Instagram posts. What isn’t clear is if this is entirely Stallone’s idea or if this is something he’s been talking with Coogler about. Black Panther will be released next February and perhaps a Creed sequel could be his next project. (That is, unless Marvel ends up wanting Coogler on a Black Panther follow-up. But with Marvel’s big slate of films, there will probably be time for him to revisit Adonis Creed.)

Regardless, it looks like Adonis Creed and the entire Rocky saga aren’t quite done yet with the past.