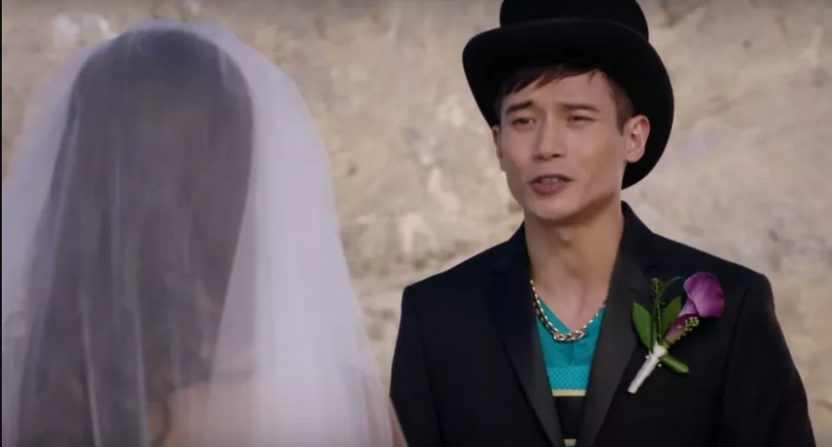 NBC’s The Good Place returns for a third season tonight at 8 p.m. Eastern (7 p.m. Central), and really, you should watch it if you aren’t already. (Seasons 1 and 2 are on Netflix for easy catchup.) It’s an amazing mix of jokes about everything from philosophers to Molotov cocktails, strongly-defined characters, and significant plot twists. And (perhaps unsurprisingly considering that it’s created and helmed by famed Fire Joe Morgan writer and current Poscaster Michael Schur, who recently spoke to For The Win about sports references in TV) it also has a whole lot to say about sports.

The Good Place often dives into sports references, specifically with the Jacksonville Jaguars (who even brought actor Manny Jacinto, who plays Jaguars’ fan and ‘pre-successful’ DJ Jason Mendoza, plus writer Joe Mande, to a playoff game last year), but also with some other teams and games. Here are 10 of the top sports references on the show so far (and yes, we had some Chidi-like indecision trying to cut it down that far). We’ve tried to avoid plot spoilers as much as possible with this list, so it should be okay to read even if you haven’t watched the show.

9. Opening Good Place points for Yankees, Browns, Roger Goodell and cricekt;  The pilot episode has quite the list of behaviors in life and the good or bad points they’re worth for determining your final destination, and there are a bunch of sports-related ones. Here’s a screengrab of the first screen: 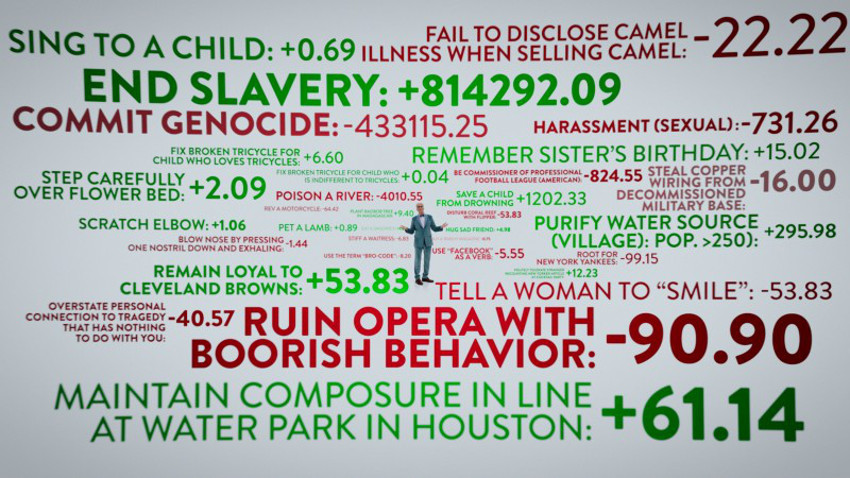 Deducting nearly 100 points for rooting for the Yankees (appropriate considering that Schur’s a famed Red Sox fan) and providing over 50 points for remaining loyal to the Cleveland Browns (that does show some moral fortitude) is a good start, but losing 824.55 points for “be commissioner of professional football league (American” is extremely funny. Perhaps the best sports one comes on the second screen, though. 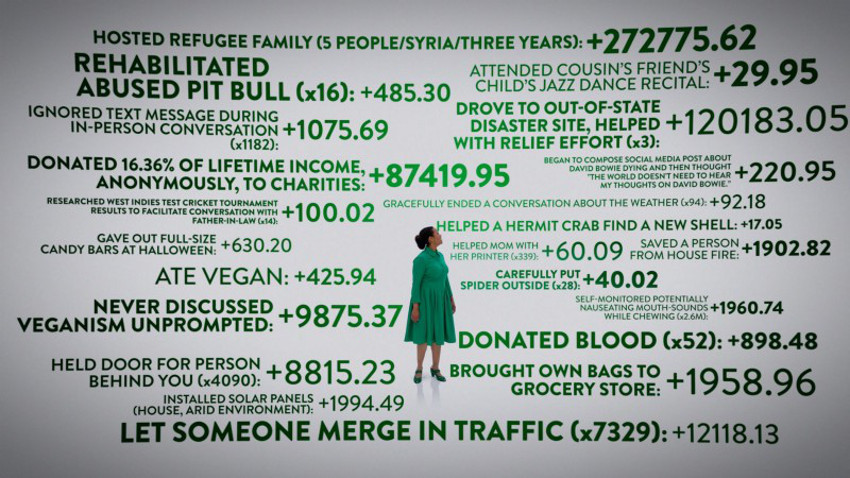 8. Croquet: At one point, Jason and Tahani Al-Jamil (played by Jameela Jamil) go and play croquet together, first by the traditional rules (which Tahani says “combine the classic aspects of British sport — whimsy and restraint” and was called “barely a game” by prime minister Neville Chamberlain) and then by Jason’s much more loose rules (walloping balls as far as you can and smashing champagne glasses with them). Tahani even lets out a much more restrained version of Jason’s usual exclamations, shouting “The Jacksonville Jaguars are very good!” 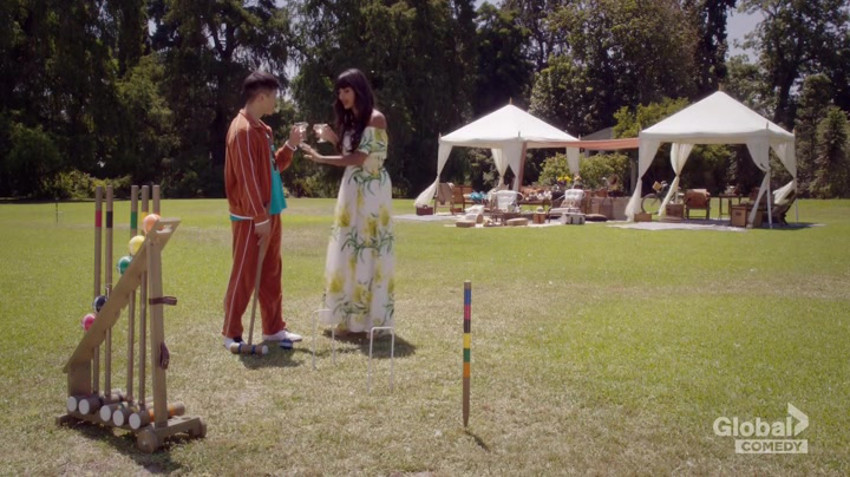 7. “Blake Bortles is a cool name, Derek Bortles is a dumb name.” We can’t go into the significance of this without spoilers, but it’s pretty great.

6. Jason plays Madden against the Jaguars: Afterlife games with big consequences are a long-running movie/TV idea, from chess against Death in The Seventh Seal to the likes of Twister and Sorry in Bill and Ted’s Bogus Journey, but translating this into the world’s biggest Jaguars fan having to play against that team was exceptionally well done.

5. Jason’s Jaguars references in his weddings: Jason winds up in two weddings (so far) in the show, and shouts “Jacksonville Jaguars rule” in his vows in one and wears a Jaguars’ jersey in the second. Now that’s fandom. 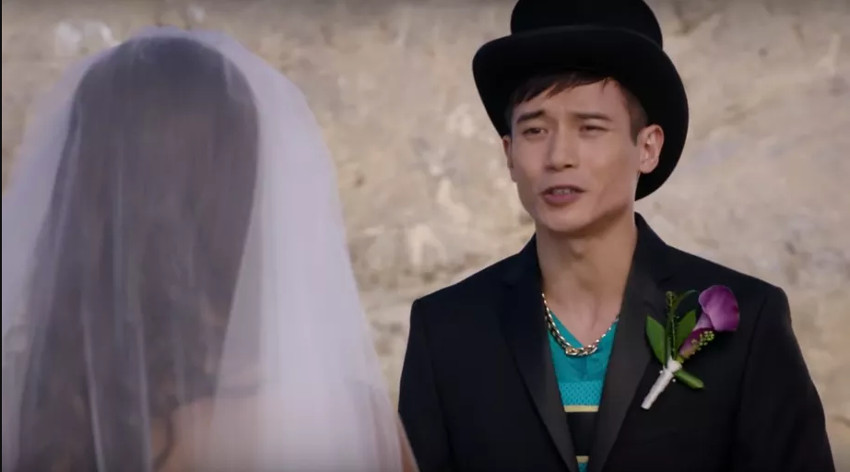 And it’s also a big step up from how one of those relationships played out early on:

i wish i had as much optimism about anything that jason mendoza has about the jacksonville jaguars pic.twitter.com/a8oH8Iv512

4. Will the Jacksonville Jaguars ever win the Super Bowl?

3. All the Jaguars need: This is how fans of many teams respond in the offseason when told their team sucks. 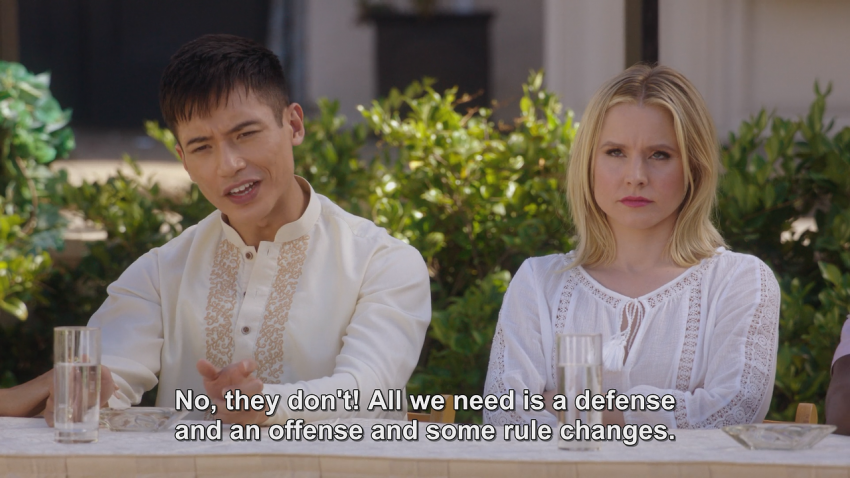 2. At one point, Jason’s alias is “Jake Jortles.” We can’t go into the significance of this, but it’s fantastic. 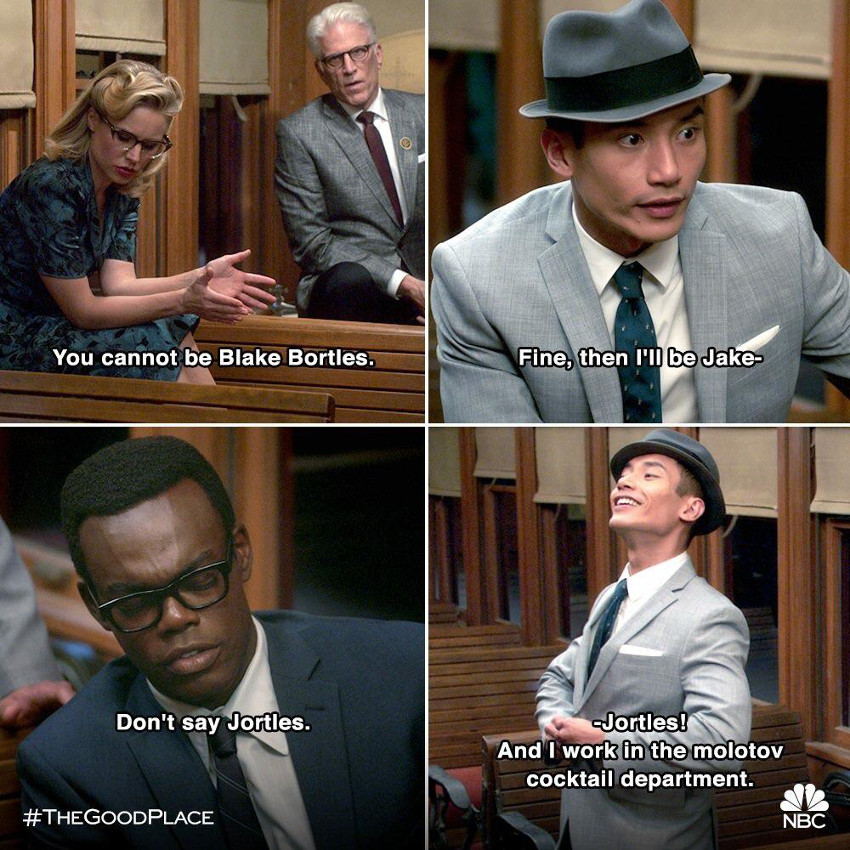 1. The Molotov cocktails. Speaking of those, there are three times in the show (so far) where Jason gets to throw a Molotov cocktail (which, as he notes, is a universal solution to problems). In the first two, he yells “Bortles!” In the third, he yells “Jortles!” In full context (which we can’t provide here for spoiler reasons), it’s one of the best moments on TV. Here they are (the closed captioning of “indistinct yells” on the first one is such an unfortunate failure): 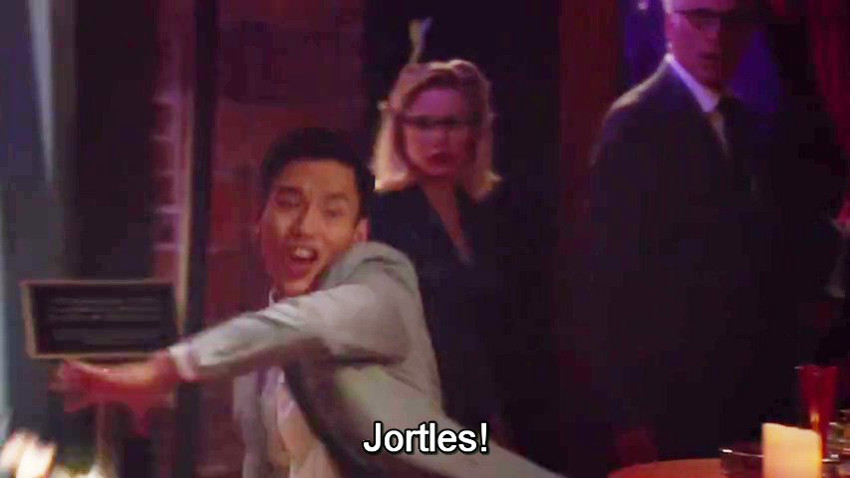 May the new season bring us much more content about Blake Bortles, the Jacksonville Jaguars, and sometimes even the rest of the sports world.