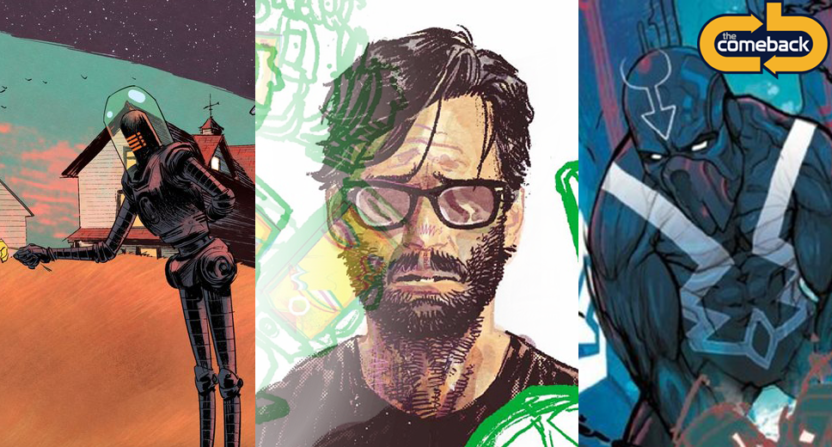 It’s been a great year in comics. With a mix of excellent new titles and ongoing series, those who have kept up with everything Marvel, DC and many other publishers offered have been treated to great reads on a weekly basis.

While it’s impossible to read every new series that hits the shelves, there are 10 books that were quite enjoyable in 2017. These are the titles that featured great writing and beautiful art, managing to entertain and challenge readers while pushing the boundaries of the artform.

Tom King (Vision and The Omega Men) has a knack for taking obscure, somewhat forgotten characters and breathing new life into them. Take Mister Miracle, a Jack Kirby creation who hasn’t had an ongoing series since 1996. Miraculously, just five issues into Mister Miracle, King has created an all-time classic run.

Scott Free, a world-famous escape artist raised in the pits of Apokolips, just wants to escape life. Unfortunately, the New Gods’ greatest enemy, Darkseid, is coming and Orion, now the Highfather of New Genesis, wants his head. Mister Miracle takes a deep dive into the psyche of a literal god-like figure who wants nothing to do with his lineage. It’s genre-bending with some of the best moments coming from Free’s partnership with his fiercely loyal wife, Big Barda. 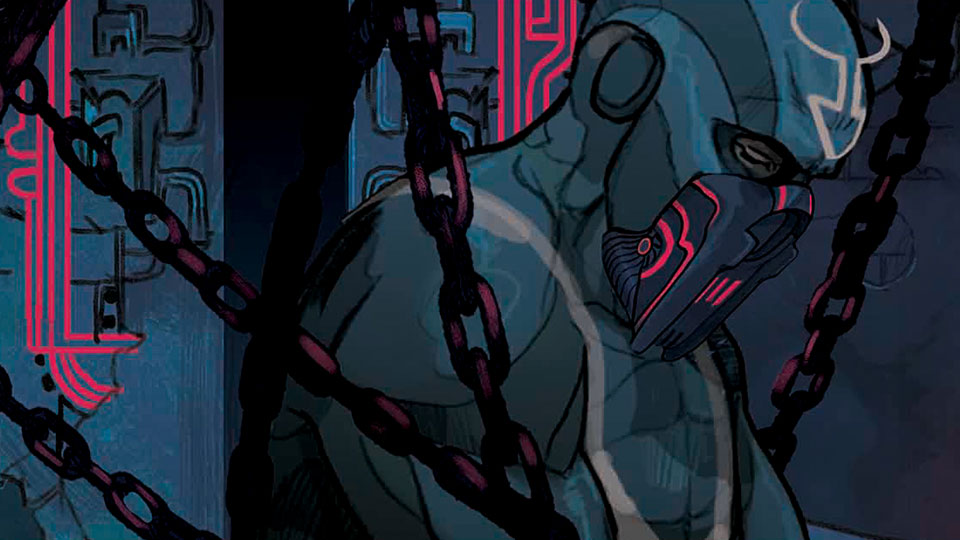 Marvel’s Inhumans downswing has been well-documented this year. Thanks to a poorly made TV series and the X-Men movie rights previously being held by 2oth Century Fox (now returning to Marvel), the characters aren’t getting nearly as much respect or play as in years past. But thanks to Saladin Ahmed ‘s 2017 title, a series featuring the king of Inhumans was the most unexpectedly great book of 2017.

Pushing aside nearly the entire Inhumans royal family and any mention of Attilan, Black Bolt focuses on a now-powerless titular hero trapped in a torture prison. He’s forced to ally with Crusher Creel, Metal Master, and other inmates to break out and kill a violence-hungry jailer.

Ahmed does fantastic work in his first ongoing series, but the real star of the book is artist Christian Ward, whose watercolor artwork is simply divine. Every page feels like a unique painting.

Silver Surfer has been ongoing since 2014, but thanks to delays the series finally wrapped up in October. Spanning 29 issues, the Eisner-winning run is unlike any other Surfer story: It’s silly, fun, and ultimately a romance between the cosmic rider and Dawn Greenwood of Earth. It’s part Silver Surfer, part Doctor Who with the duo going on adventures throughout the galaxy, discovering new planets, alien races and each other. Plus, Madman creator Mike Allred’s pop-style art shines.

Without getting into spoilers, the Silver Surfer team dazzles and perfectly wraps up a love story for the ages. 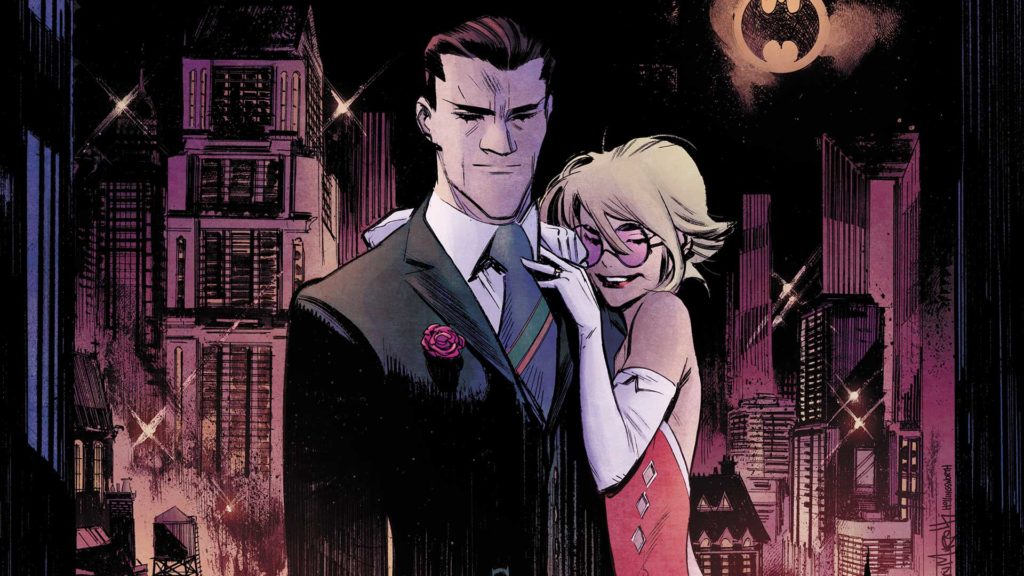 In comic book history, there have been many, many takes on Batman. However, there haven’t been nearly as many variations of The Joker. In Batman: White Knight, Sean Murphy asks, “What if The Joker was cured of his madness?”

Instead of chasing and obsessing with Batman, The Joker, now Jack Napier, wants to take the caped crusader down the right way. Launching a smear campaign against Batman, Napier’s goal is to use the destruction and damage Batman’s fight against crime causes to present Bats as a detriment and villain to Gotham. But is Napier still the Joker? It remains to be seen. 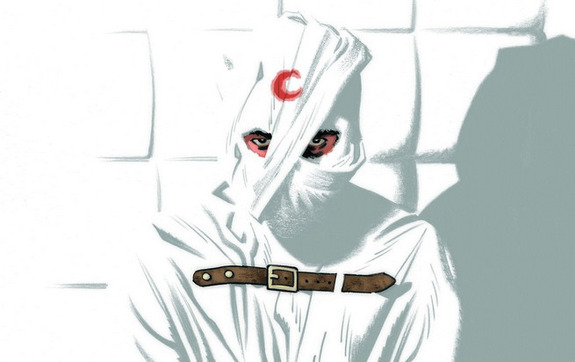 Adding Jeff Lemire’s run on Moon Knight to the 2017 list is cheating a bit, as only five of 14 issues published in 2017. However, the work done on the book deserves all the accolades thrown at it.

Personally, I never got into Warren Ellis’s previous Moon Knight run that rebooted the title. But when I heard Lemire (Royal City, Black Hammer) was taking the reigns, I was immediately interested. What Lemire and artist Greg Smallwood delivered was an intense self-examination of the character.

In Moon Knight, Marc Spector, still plagued with schizophrenia and multiple personalities, wakes up in a mental hospital being told his past adventures were all figments of his imagination. Spector faces off against reality, his own perceptions, and takes on Egyptian moon god Khonshu — all while trying to figure himself out. It’s brilliant. 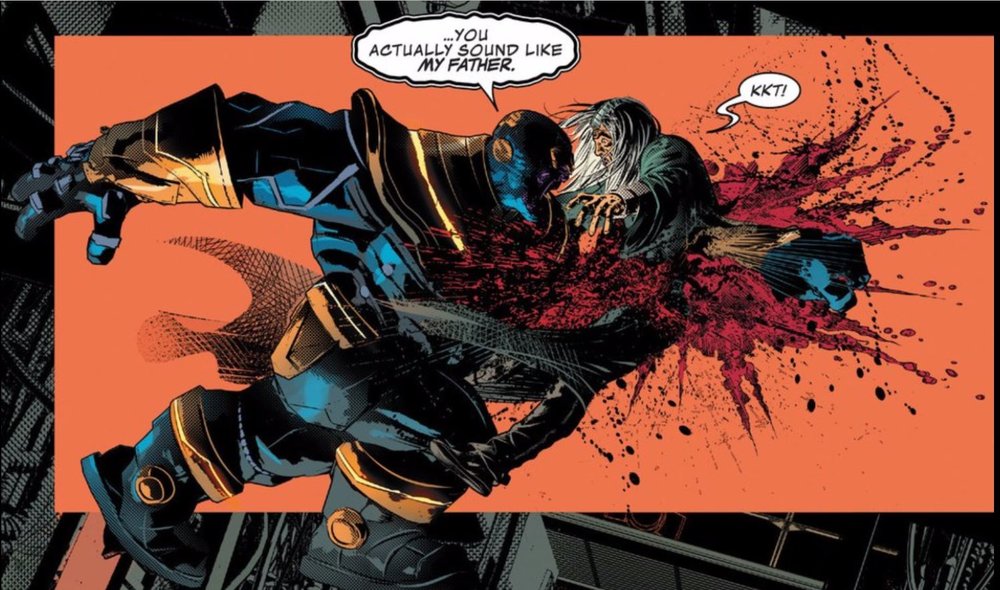 Thanos is one of the most powerful forces in the Marvel Universe, as movie fans will see in the upcoming Avengers: Infinity War. So what happens when he’s not? Stripped of his powers and mysteriously dying, Lemire’s 14-issue run of Thanos is a totally opposite version of the character we’re used to seeing. There are no infinity stones and no god-like powers (at least for the majority of the run).

Instead, Thanos is weak and desperate for a cure. Featuring Thanos’s son Thane and brother Starfox, the family affair is a fresh take on the Mad Titan. Lemire might be done writing at Marvel, but his contributions in 2017 were top-notch. 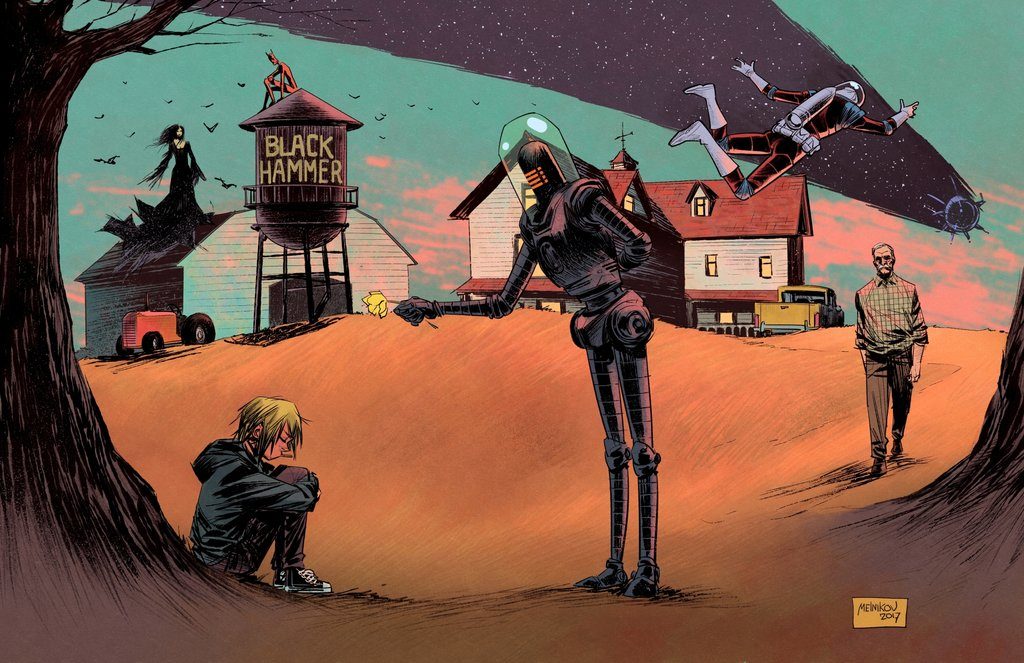 Three Lemire comics in a row? Yep, it’s been that kind of year for the talented author.

When Silver Age-esque superheroes get banished to a farm in a small town following a multiversal crisis, they must accept their situation and build new identities, all while concealing their past. The only issue? Their past can’t completely escape them, nor do some want it to. Part homage and part parody of the genre, Black Hammer presents unique characters and examines them in the most Lemire-ways. It’s a must-read.

Overwatch is the rare video game whose lore lends itself perfectly to other mediums. There are Overwatch digital shorts and comics, the latter which have been collected in this excellent anthology. So if you’re itching to learn about the many heroes in the Overwatch world, pick up this book and enjoy.

Ms. Marvel might be the best ongoing series in Marvel’s current catalog. Since debuting in 2014, Kamala Khan has been through a completely fresh and unique superhero journey. Thanks to Grant Willow Wilson’s sharp writing, which is relatable to teens like Kamala, Ms. Marvel continues to be a rising star in the comics world. 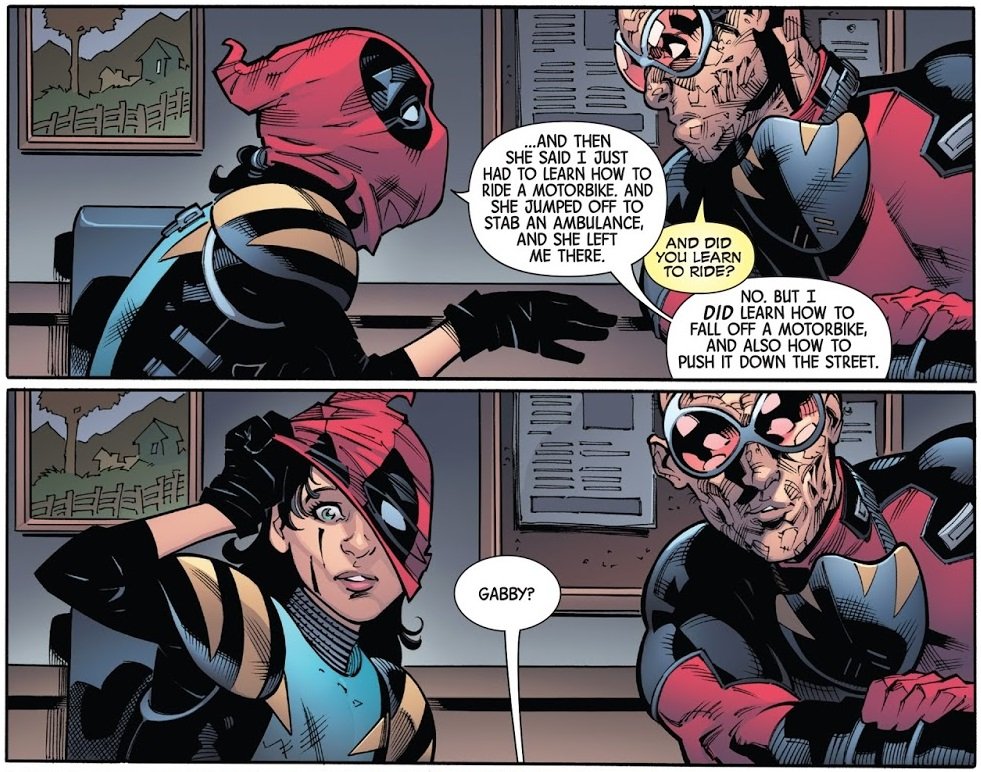 All-New Wolverine, starring Logan clone X-23 (whom mainstream audiences met on the big screen in this year’s Logan), continues to be a fun, heartfelt series. This year’s run has elevated Gabby, aka Honey Badger, from supporting character to full-blown star character, making her and Laura’s adventures even more interesting.

Tom Taylor’s writing isn’t thought-provoking, but that’s not what this book has to be. It’s fun and hits the serious notes when necessary.