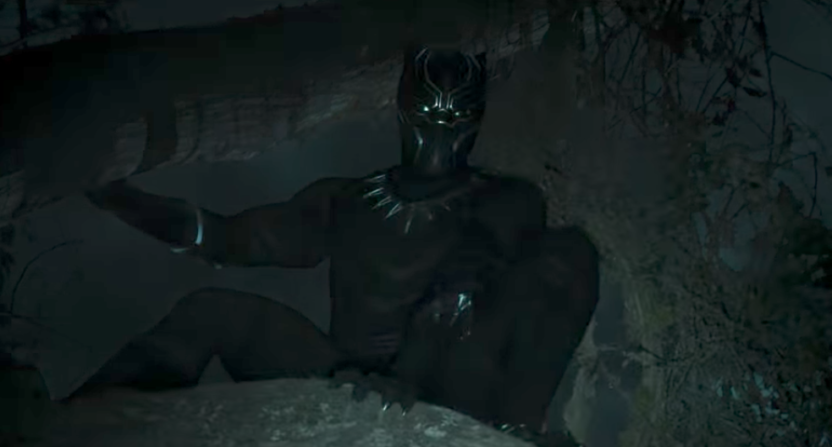 We’re halfway through the year, and I’ve already seen 50 movies (Thanks, MoviePass!). Here are the best films of 2018, so far:

“I don’t think! It might ruin everything. It usually does.”

This black comedy isn’t for everyone. It’s talky. It’s shot in black and white. The entire movie takes place in someone’s home. It feels like you’re watching a play. But if you like British humor and snappy dialogue, you’ll enjoy it.

Janet (Kristin Scott Thomas) is throwing a party to celebrate her appointment as the Minister of Health. Things go awry when her friends — an interesting collection of personalities with problems — turn the party into a Festivus-esque “airing of grievances.”

Janet’s husband Bill (Timothy Spall) announces that he wants to leave her and is terminally ill. Pregnant Jinny (Emily Mortimer) has a secret she’s kept from her lesbian lover Martha (Cherry Jones). April (the always terrific Patricia Clarkson) has a husband she can’t stand. Tom (Cillian Murphy) shows up carrying a gun and cocaine. Even the hostess has issues of her own that she’ll have to confront.

It’s fun to watch the secrets leak out during what should be a happy moment.

9. You Were Never Really Here

“McCleary said you were brutal.”

At first glance, this seems like just another Impossible White Man movie. Joaquin Phoenix is Joe – a hired gun who doesn’t use a firearm. He spends a good deal of time walking around smashing people armed only with a ball-peen hammer. In the real world, this seems woefully insufficient and inefficient. But let’s not get hung up on that detail. Joe specializes in rescuing young girls from sex traffickers. He gets rough, often terrifyingly violent.

Joe’s latest job doesn’t go according to plan. There’s a painful plot twist. And he’s left wondering if he’s going to succumb to his own demons (He suffers from PSTD). The movie doesn’t end quite the way you think it will. There is no wonderful hero moment. It’s uncomfortable but the ending feels right. Phoenix conveys a lot of emotion and pain with limited dialogue. He’s tough but he’s hurting inside.

“Ronit. We weren’t expecting you.”

The movie opens with the death of a high-ranking rabbi. When his daughter Ronit (Rachel Weisz) hears about it, she of course rushes home. But the funeral opens up old wounds and old feelings. Ronit was shunned by her Jewish community because of a lesbian love affair she had as a teenager with Esti (Rachel McAdams). Ronit’s return has made everyone uncomfortable, especially her childhood friend Dovid, now married to Esti. Everything gets more complicated as a love triangle develops.

Ronit is the rebel back from exile. Esti is the one who stayed and has a respectable job as a teacher. The more they are around each other – the more they cannot deny their feelings. Disobedience is about faith, but it’s also about the strength of attraction. Sexuality and religion do not easily coexist. What struck me is the humanity of the film as well as the power of forgiveness. McAdams deserves an Oscar nomination.

“I saw a woman today who looked exactly like your mother.”

It’s always fascinating when desperate people make desperate decisions. Even good human beings are capable of making uncharacteristic choices. That’s what makes true crime so riveting. We all would like to believe we wouldn’t commit felonies. But the driving force behind crimes is often desperation. Where Is Kyra? is about one woman’s choice and the circumstances that led her to making that choice. It’s easy to rationalize Kyra’s behavior, especially since it’s victimless. That doesn’t change the fact that it’s a crime.

Where Is Kyra? is also a commentary on poverty and what it does to people. It’s one thing to be young and poor but it is particularly cruel when you’re an older woman living in New York City. Great performance here by Michelle Pfeiffer (who could get a Best Actress nomination), and a nice understated role by Kiefer Sutherland.

“I don’t want you guys to think anything different. I’m still me.”

If the late John Hughes made a movie today, it might look a lot like Love, Simon. It’s a funny, poignant high school comedy about a teen who’s gay. He hasn’t come out to his parents or friends. No one knows except a classmate who accidentally discovers his secret which in turn he uses for blackmail.

Simon is grappling with three things:

First, he’s desperately trying to keep his sexuality a secret.

Second, he’s trying to find out the identity of a fellow gay student that he has been corresponding with via email.

Third, he’s forced to help a classmate (The blackmailer doesn’t want money. He wants to hook up with one of Simon’s friends).

You could criticize Love, Simon for being too saccharine. Many of the characters, especially the parents, are impossibly sweet. You could also criticize it for being an idealized and unrealistic portrait of what the coming out experience is like. But there are few movies that show LGBTQ teens having a positive experience. Love, Simon is laudable.

“This will be a game night to remember.”

Trivia fans rejoice. There is finally a movie for you. Game Night is a pleasant surprise. On the surface, it’s a comedy about friends who get together to play games (trivia, charades, etc.). Married couple Max (Jason Bateman) and Annie (Rachel McAdams) are ultracompetitive. They’re scheduled to hold the next game night, but the evening takes a departure from the norm when Max’s older and more successful brother Brooks (Kyle Chandler) comes to town and offers to be the host.

Brooks promises the ultimate game night experience. However, things get hairy when Brooks is kidnapped. Is it real? Or is it part of the game? Game Night is a spoof of David Fincher’s 1997 film The Game. There are plenty of twists to keep you guessing. It’s also highly entertaining with a lot of funny moments and dialogue. The Denzel Washington joke is priceless.

“Sometimes dreams aren’t meant to be.”

What would you do if something you loved was taken away? For most of us, we would try to find something else to do. But for Brady, who lives in rural South Dakota, there aren’t a lot of other options. The one-time rising star on the rodeo circuit is left with a cavernous void in his life after a serious injury.

The Rider feels so authentic you’ll swear it’s a documentary. Guess you could call it a docudrama. Virtually everyone in the movie aren’t really actors. These are real people who are playing versions of themselves. Brady Jandreau might have a new career as an actor. But since he’s playing himself, it’s hard to tell where the reality ends and the performance begins.

The movie — written and directed by Chloé Zhao — looks breathtakingly beautiful. This should be an Oscar contender for best director, cinematography, and possibly best film.

3. The Zen Diaries of Garry Shandling

“For 25 years he was the most important mentor that I had. But in a lot of ways, he was a mystery to me.”

It’s almost impossible to make a compelling four-hour documentary about a single person. The Zen Diaries of Garry Shandling accomplishes that feat due to its intimacy, insight, and general warmth. There have been more famous comedians, but few have been as influential as Shandling, who passed away in 2016. He basically invented the modern comedy television show. Do you love The Office, Modern Family, 30 Rock, Curb Your Enthusiasm? The style of those shows started with It’s Garry Shandling’s Show (1986-1990) and The Larry Sanders Show (1992-1998). He was a pioneer and it took everyone else a while to catch up.

Shandling’s legacy also lives on because he was a mentor to a generation of comics like Judd Apatow (who directed this film), Sarah Silverman, Bob Saget, Jon Stewart, and Chris Rock. But what makes this documentary stand out is learning about how much Shandling suffered for his art. He was plagued by self-doubt and his own personal failings which often found their way into his comedy. He was a tortured soul who never got over the childhood death of his brother.

“Mom, what’s wrong with your body?”

Most movies about pregnancy and babies predictably highlight the joys of motherhood. Whatever problems she experiences are used for comic relief. It’s all about the baby. Look how cute he or she is! The focus is on the care of the child. What about mom?

Tully might be the first movie ever made about postpartum depression which affects 1 in 9 American women each year, yet only 15 percent of those women seek professional care. First-time moms are more susceptible to postpartum depression, but it affects women who already have kids too. Charlize Theron is Marlo, a woman who has just given birth to her third child (Theron gained 50 pounds for this role). You might think taking care of a baby would be second nature but she is struggling. Following her brother’s advice, she gets help from a “night nanny” named Tully (Mackenzie Davis). Tully is a godsend for Marlo and the two women form a bond. There’s more to the story but I won’t spoil it.

It’s the movie that launched a thousand think pieces! Heck, if you Google “think pieces,” the first thing that comes up is “Black Panther.” The most Afrocentric movie of all-time is the ninth-highest grossing film of all-time ($1.3 billion worldwide). Along with being a box office smash, Black Panther sparked conversations about black power, racism, fatherhood, black-on-black crime, the responsibility of black people to help other black people, etc.

Black Panther works because first and foremost, it’s superbly made with a killer soundtrack. There is just the right blend of action, drama, suspense, conflict, and humor. Kudos to Ryan Coogler, who’s 3-for-3 when it comes to high-quality movies (Fruitvale Station, Creed, Black Panther). What do all those films have in common? Michael B. Jordan.

Chadwick Boseman plays the hero role as T’Challa/Black Panther, but the true star is Jordan. Hopefully he’ll get an Oscar nomination for his portrayal of a transcendent antagonist. Jordan’s Erik Killmonger is the most interesting villain we’ve seen in a comic book movie since Ian McKellen’s Magneto in X-Men (2000) and X2 (2003).

Like McKellen, Killmonger uses a lifetime of pain to justify his violence. He isn’t simply evil for evil’s sake.

Two scenes define this movie (*Spoiler Alert*, especially for the second scene). The first one is a surprise because Killmonger makes valid points about the responsibility of Wakanda:

The second one is Killmonger’s death scene. It’s tragic and moving because T’Challa sees a life worth saving. Killmonger’s response is on brand (and possibly a reference to mass black incarceration).