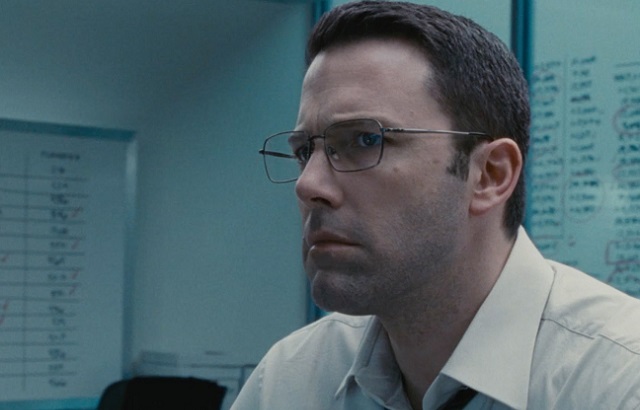 Ben Affleck has accumulated a lot of goodwill from critics for his work in directing Gone Baby Gone, The Town and Argo. (Live By Night, to be released at the end of the year, also looks promising.) He’s also earned quite a bit of credibility among fans and geeks for portraying arguably the best version of Batman we’ve seen on screen.

While he doesn’t squander that goodwill and fan cred with The Accountant, it’s the sort of role and movie that makes you wonder why Affleck isn’t doing something better with his time, since we know the good work he’s capable of creating. Maybe that’s not entirely fair. You can see what may have attracted Affleck to the character of Christian Wolff. He’s on the autism spectrum, but ridiculously smart and skilled enough to make the term “high-functioning” seem somewhat amusing.

But Wolff isn’t just someone whose affinity for numbers and puzzles allowed him to successfully create a career for himself, along with a reclusive life adapted to his disorder. He’s got some significant secrets. A character trying to reconcile those two aspects of his life is a fascinating idea for an original film, one not adapted from a comic book series, novel or TV show. (Although I think this could have been a good eight- to 10-episode limited series.)

The Accountant had the potential to be an intriguing movie. Unfortunately, it’s kind of a mess, though arguably an ambitious one.

Director Gavin O’Connor (Warrior) and writer Bill Dubuque (The Judge) deserve credit for trying to create something that felt fresh and distinct. It’s like Rain Man meets Jason Bourne. (Or should that be Batman, since we’re talking about Affleck here?) But the overall story never quite comes together. In fact, there are plenty of story threads with gaps in them, making it seem as if chunks of the film had been chopped out to keep the narrative moving.

Maybe that worked in terms of driving the story forward, but it also takes big jumps in plot and character development that will make many viewers wonder if they missed something. I certainly felt that way toward the end of the film, lamenting that I was watching this movie in a theater, rather than at home where I could rewind the streaming broadcast or DVR.

One of the more frustrating aspects of The Accountant is that it decides not to show what could be the most interesting aspect of the character. Maybe O’Connor thought there was already plenty there with Wolff’s social difficulties, his skill with firearms and hand-to-hand combat, and a daily routine which seems repetitive, spare and punishing. Wolff’s regimen of strobe lights, heavy metal and rolling wooden sticks along his shins to quiet the voices in his head — and perhaps penalize himself — makes for some strangely compelling scenes. (Some fans might be reminded of the sensory deprivation scenes in a previous Affleck film, Daredevil.)

Most interesting may be Wolff’s mercilessly driving father who didn’t want his autistic son to be a victim throughout his life and took extreme measures to prevent that from happening. (Wolff’s brother, who by all accounts is normal, also gets drawn into this.) The flashbacks to Wolff’s childhood are some of the best scenes of the movie, even if the idea of him being punishingly trained by martial arts experts in countries where his military father is stationed sounds kind of ridiculous.

Actually, The Accountant might have been better served if O’Connor had steered into the inherent absurdities of the story and made more of a dark comedy. There was certainly the potential for more humorous moments in the scenes between Affleck and Kendrick. Kendrick’s character basically serves as comic relief anyway, in addition to playing the damsel in distress role. Thankfully, she’s not a love interest, which would have been a huge stretch considering how much effort the movie puts into establishing that Wolff doesn’t fit well with people.

But what kicks the story into motion is a Treasury Department agent (played by J.K. Simmons) who’s barely been on Wolff’s track for years and wants to find him before he retires. He doesn’t know Wolff’s name or face. All he has are some obscured views of him being photographed with drug cartels, arms dealers and dictators who need their financials straightened out — or laundered. To aid his pursuit, he recruits an analyst (Cynthia Addai-Robinson, Arrow) whom he believes is ideally suited for the task.

For the purposes of the story, Wolff’s dealings with criminals took place in the recent past. And he appears to be taking on a legitimate client with technology firm Living Robotics, perhaps in an effort to throw federal agents off his scent. Or it’s just too good of an opportunity, too intriguing of a challenge to turn down when he’s referred to the company by a previous client. Living Robotics has a huge discrepancy on its books, discovered by a junior accountant (Anna Kendrick), something that could become a significant problem for the firm shortly before it becomes publicly traded.

Yet I couldn’t help but wonder if there were any scenes written or filmed that showed Wolff working with criminal clients. How did it go when a terse accountant with few social skills conducted business with a drug warlord? Did any of his other skills with weapons and combat end up keeping him safe or maintaining his cover from the government?

Those would have been fun scenes to watch, though there may not have been room for them in this movie. That’s why I think that The Accountant may have been better as a TV show. Two or three episodes — or more — could be devoted to a plotline like that. Maybe that’s something we could see in a sequel?

A sequel? Yes, seriously. I believe the characters and story are rich enough to support that. Obviously, that will depend on whether or not audiences respond and how much time Affleck has in his busy schedule. (He’s Batman!)

But I think there could be more Christian Wolff movies. Hopefully, any future Accountant films (The Accountant 2: March is Hell, The Accountant 3: You Can’t Write This Off) would have better stories. Have a little more fun with the whole thing too. Just because the lead character can’t enjoy himself doesn’t mean the audience has to suffer too.